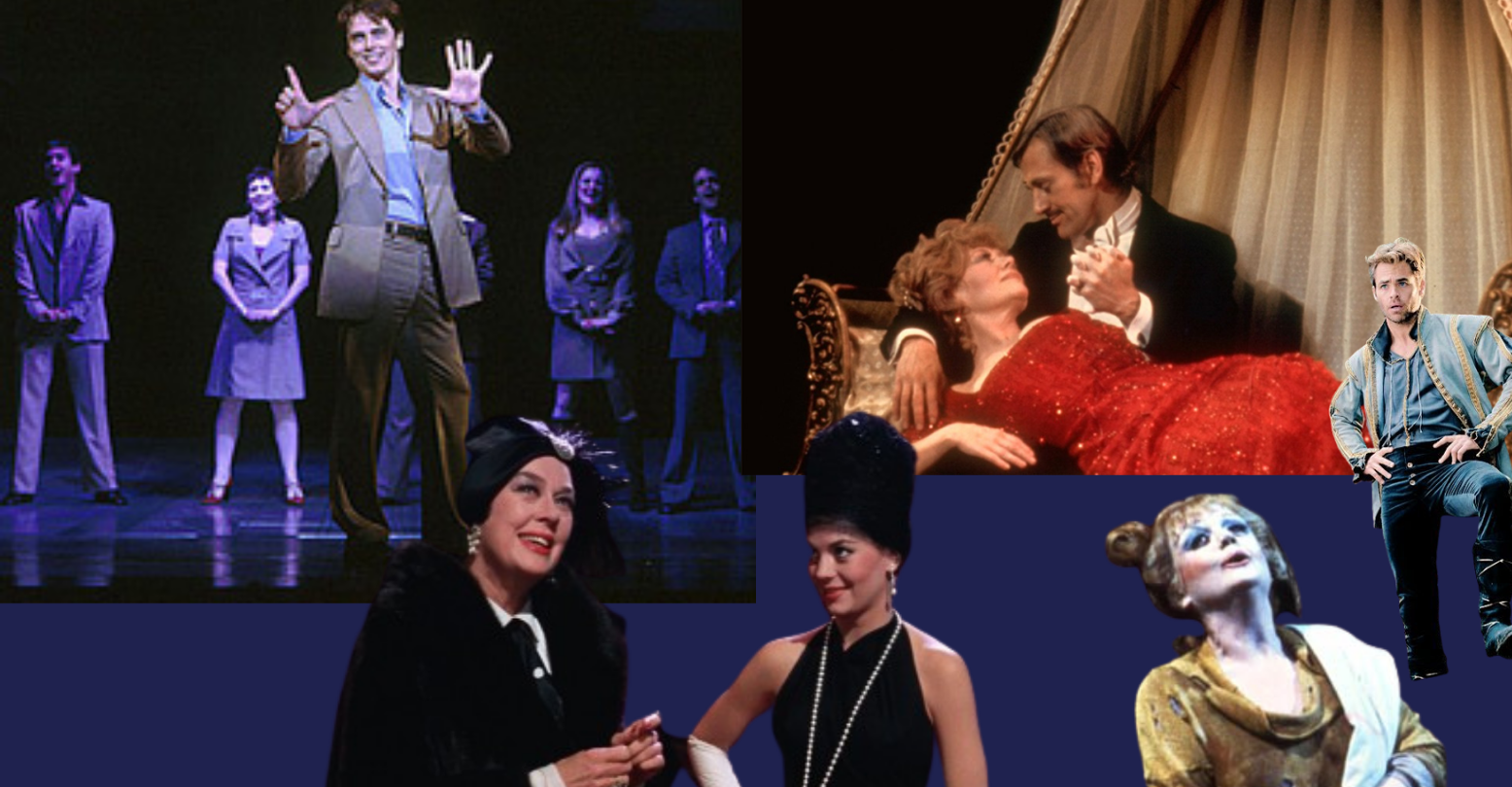 While the great composer Stephen Sondheim lived, he didn’t enjoy having his characters read as queer. And yet it is an undisputable fact that so many of them are. Having a queer sensibility is far from the most important thing about Sondheim’s sweeping body of work, but an understanding of his characters on this level does deepen the experience of listening to their soliloquies and torments set to song. At least, that’s what I think!

So here are just a few of the many MANY characters Sondheim created that I personally read as queer simply because I can, and because it makes complete sense to see them as such. Enjoy, fellow freaks!

7. Charley Kringas, “Merrily We Roll Along”

When we first meet Charlie Kringas—the long-suffering lyricist whose partnership with the corporate-minded songwriter Franklin Shepard forms the bulk of his identity throughout the show—he’s an embittered shell of his former self. Working with a partner whose goals and ideals are much more capitalistic than his own has turned him sour on the whole business. This tension—of being chained to a man you love but also know isn’t great for you—is pretty goddamn gay, and this aspect of the show is best evidenced in Charlie’s breakdown number “Franklin Shepard, Inc.” in which he laments the transformation of his bosom friend into a money-making monster. “The money thing?” Charlie says, “he does it very well. But you know what? Other people do it better. And the music thing, he does it very well. And you know what? Nobody does it better.”

The fact that his version stars out-gay stars Jonathan Groff and Jesse Tyler Ferguson only adds credence to this theory!

When the aging actress Desiree isn’t off somewhere getting a plaque from some council in Rottwig (and don’t ask where is it, please) she’s pining after her lost love, the goofy, bumbling lawyer Fredrik Egerman, with whom she may or may not have had a child. This leads her to sing the classic, heartbreaking soliloquy “Send in the Clowns,” in which she laments her timing in the relationship, singing: “just when I stopped/opening doors/finally knowing the one that I wanted was yours/making my entrance again with my usual flair/Knowing my lines/No one is there.” But Desiree isn’t just a mournful character wedded to the stage like so many of the finest homosexuals. She’s also campy as hell. Who can forget when Desiree, upon learning that her rival—Fredrick’s way-too-young bride—is still a virgin, replies to Fredrick’s “she’d strike you as unenlightened” with “No I’d strike her first!” Now THAT’S a quip! Homosexuality score? 8/10.

5. The two dudes who sing “Agony” at each other, “Into the Woods”

If you’re old enough to remember the glory days of Tumblr, you probably remember the magnificent fanart made about these boys. Prince Charming (Chris Pine in the film, well cast) and his brother, the other Prince Charming, are comparing notes about their tortured relationships by scream-singing at each other in the woods, and ladies, IT IS GAY. They even tell each other that they’re “everything maidens could wish for.” Maybe not just maidens! Yes, they’re technically brothers, but this is a romantic duet between two dudes who happen to be hot, so I don’t know, you tell me.

Of all Sondheim’s creations, Mrs. Lovett might be my very favorite. Not only is she campiness personified, she’s madly in love with Sweeney Todd, the murder fuccboi to end all murder fuccbois. Sadly this is a pretty common component in gay culture and relationships. We’re all masochists, and Mrs. Lovett is our patron saint! The line “silver’s good enough for me, Mr. T” is such a perfect summation of what happens when you tie yourself into knots trying to please someone meanwhile only ever receiving scraps of affection from them. Read me for fucking filth, why don’t you!

Okay, listen. Say what you will about Mama Rose: sure, she might push her children into leading unfulfilling lives as child actors, and she might treat Herbie like shit, and sure, OKAY, maybe she pushes her daughter Louise into sex work just a little bit. But the thing about all that is, it’s gay. I’m not saying that’s any kind of excuse, I’m simply providing context. In addition to Mama Rose herself being gay culture, every actress who has played her from Ethel Merman to Angela Lansbury (hi Mrs. Lovett) to Patti LuPone is certified gay culture. This is the diva role to out-diva all other diva roles. And—little known fact—every time an actress belts out “MAMA’S GETTIN’ HOT”, somewhere in the world a gay person gets their wings.

Of all the very gay Sondheim characters out there, Bobby, the lonely, emotionally-stunted star of “Company,” is undeniably the gayest. And while Sondheim denied, denied, denied that the show—centering on a single person whose friends are all married and thus leaving him behind—had any relationship to his own gayness, it’s in the fucking text. Give me a break Steve, “Being Alive” is about being gay and lonely and not being able to fit your life neatly into the boxes prescribed by heteronormativity. So there! Don’t believe me? Well, that’s your prerogative. But I will die on this hill and so will most people who love “Company,” I’d wager.