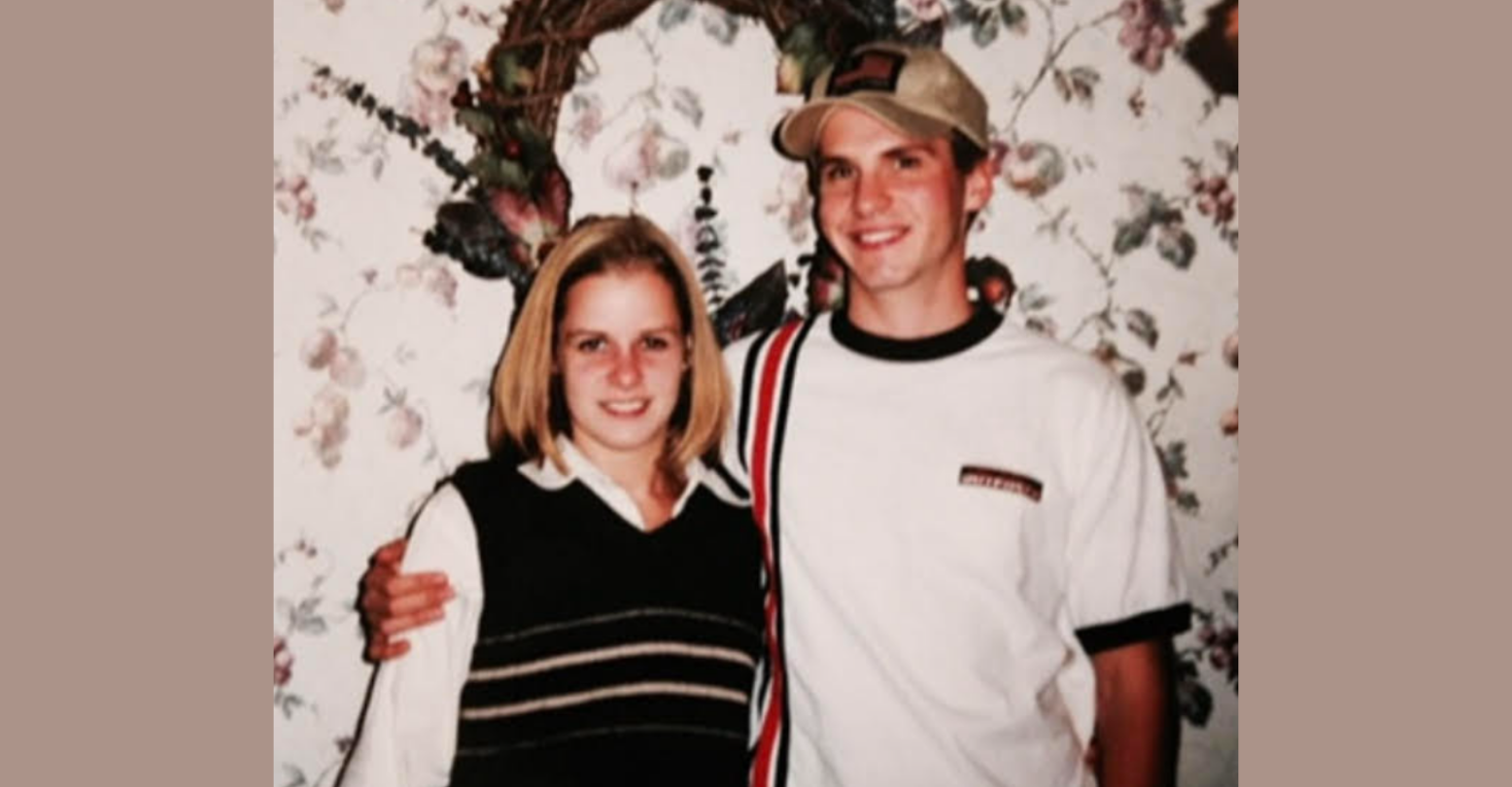 I recently shared the A Nightmare on Elm Street franchise with my boyfriend, Michael. He had never seen the iconic films and wanted to understand their appeal. I’m not sure he gets it. But, for me, revisiting the iconic horror catalog got me thinking about someone else. Sorry, babe. It’s not personal.

I lost my virginity when I was seventeen. Or fifteen. Or sixteen. Or maybe eighteen? I honestly can’t remember. Depending on the day, and my relationship to you, I’ll tell you something different. My forgetfulness has little to do with whether or not the sex was memorable—it very much was—but it’s because the sex wasn’t the most memorable thing I shared with this blonde beauty.

Leslie Dewan lived across the street from me on Mill Pond Drive. She was raised in a beige 2-story home that was a carbon copy of the home I was living in. That is how subdivision architecture worked in the mid-90s. Everything was identical, replaceable. A little Elm Street.

Okay, real quick, some context: Leslie dug basketball, I carried Barbies; Leslie buddied up with the boys, while I befriended the girls. Leslie didn’t fuss with hair product, I amassed quarts of L.A. Looks. You get where this is going.

As Michael and I watched Freddie Krueger (played by the masterful Robert Englund) slithering around inside a waterbed in The Dream Master, I was catapulted back to Leslie’s childhood bedroom. Her plethora of frog statues; her New Kids on the Block posters.

When Leslie and I finally took the leap to seal the deal, we were mere teens. We had no idea what we were doing. She had a tad more experience—just a dollop!–so she took control. As we began to cross the threshold into adulthood, Leslie whispered into my ear, “You feel so good” and I barked, “No! Something’s wrong! This is awful!!” I was freaking out. Spiraling. I wanted it to be over. Not because Leslie wasn’t wonderful—she was—but because I was going through a mental horror show of sloppy teenage choices. She was not the man for me and I was terrified. I was Kristen Parker (played by future Oscar-winner Patricia Arquette) in Dream Warriors, needing this whole nightmare to end.

To be clear, Leslie was—and is—a national treasure. I was to blame for what was happening. I was trying to be someone I wasn’t. I was trying to prove something to someone. But to who? There wasn’t anybody else in my personal life. I didn’t really have friends. There was only Leslie.

That wasn’t the problem.

I was trying to prove something to someone. But to who? There wasn’t anybody else in my personal life. I didn’t really have friends. There was only Leslie.

Okay, so we go back to Leslie’s room for a sequel. But, not unlike the eight sequels in the A Nightmare on Elm Street franchise, every time Leslie and I returned to her sheets on Mill Pond Drive, things got a little bit worse.

While our intimacy may have fizzled, Leslie and I did share many, many things over the next few years: a love for Camel Lights, a debilitating obsession with the VHS copy of Madonna’s The Girlie Show, and—most notably—for all things Freddie Krueger.

We saw every single Elm Street film together. If you came into her family home, you wouldn’t find us in her bedroom figuring out how condoms work, but rather you’d find us in her pitch-black basement figuring out how to mute Charles Bernstein’s terrifying score so we could watch Freddie in silence. We’d clutch each other, holding on for dear life. Our shared terror allowed us to fully need each other without having to worry about sex ever again.

As a forty-one-year-old man living in New York revisiting these iconic films with Michael, who was a bit “meh” about them, I see Jesse Walsh (out-and-proud actor Mark Patton) in his white briefs in Freddy’s Revenge, I see Glen Lantz (a young Johnny Depp) in that famed crop top in A Nightmare on Elm Street, and I see the glorious legend of Robert Englund wielding a bladed leather glove while choreographically frolicking around to synth horror music. In my mind watching all this, I’m like: Leslie knew! She knew what she was doing when she showed me these movies! She knew what turned me on! She knew how to distract me from what really scared the hell out of me!

Ryan Spahn is a New York City-based actor, writer, and director. His new feature film about straight actors being lauded for their work in queer roles, Nora Highland, is playing film festivals. As an actor, Ryan can be currently seen in The Bite and Modern Love.