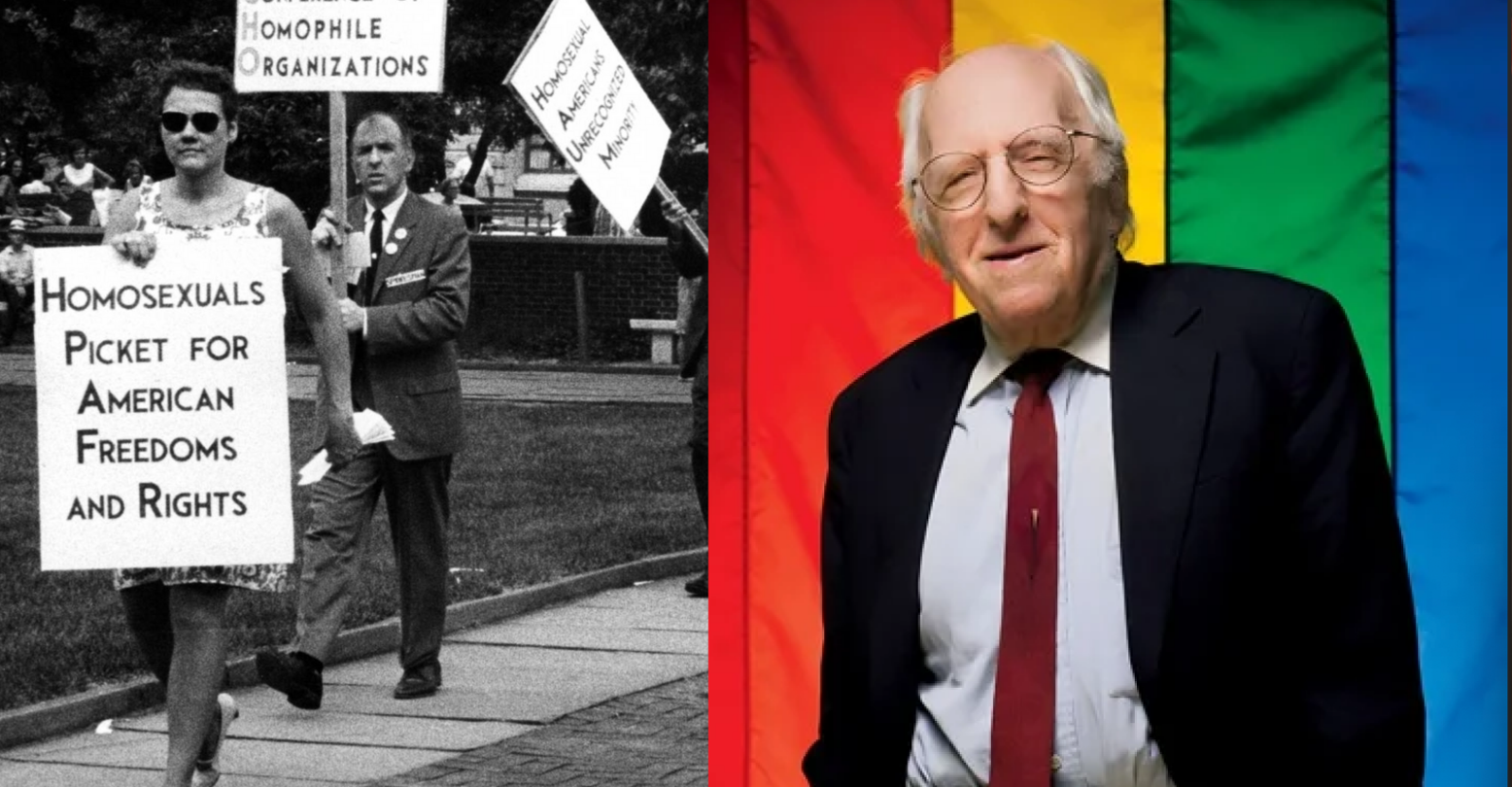 It’s our second day of Pride, and if you’ve had a chance to check out today’s Google Doodle, you’ll be pleasantly surprised by what you see.

Kameny, a scientist who’d held down jobs at both Harvard and Georgetown Universities, was ousted from his job as an astronomer for the Army Map Service after higher-ups discovered reports of Kameny’s queer background.

What did Kameny do? He didn’t take it lying down. In 1961, he filed the first known appeal for gay rights, taking his wrongful termination to the Supreme Court. In the late 60s, he started the Washington, D.C. branch of the Mattachine Society, the groundbreaking gay rights group that fought to normalize queerness in the years before Stonewall.

Kameny didn’t get his job back, but he did set an important precedent. And he didn’t stop there. In the 70s, he called out American Psychiatric Association’s classification of homosexuality as a mental illness. “We’re not the problem,” he shouted in front of an audience assembled an APA Washington conference, “You’re the problem.” Dr. Kameny finally won the recognition he deserved in 2009, in the form of an apology from the U.S. Government. He died in 2011 at 86. In 2019, Kameny was one of the first fifty people to be honored on the Wall of Honor of the Stonewall 50 memorial.