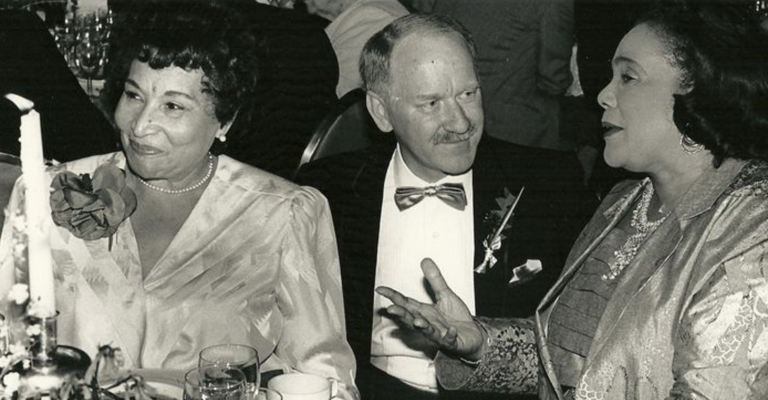 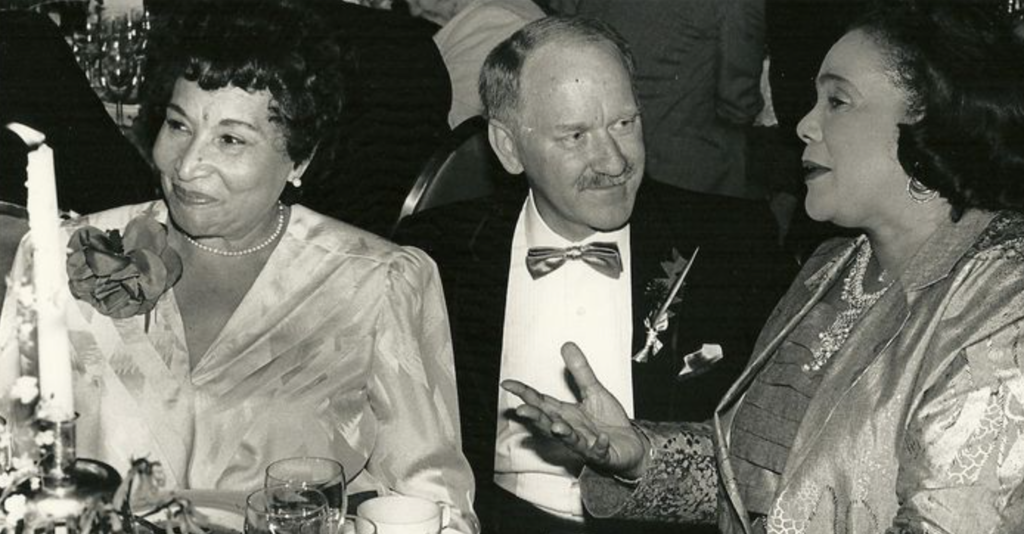 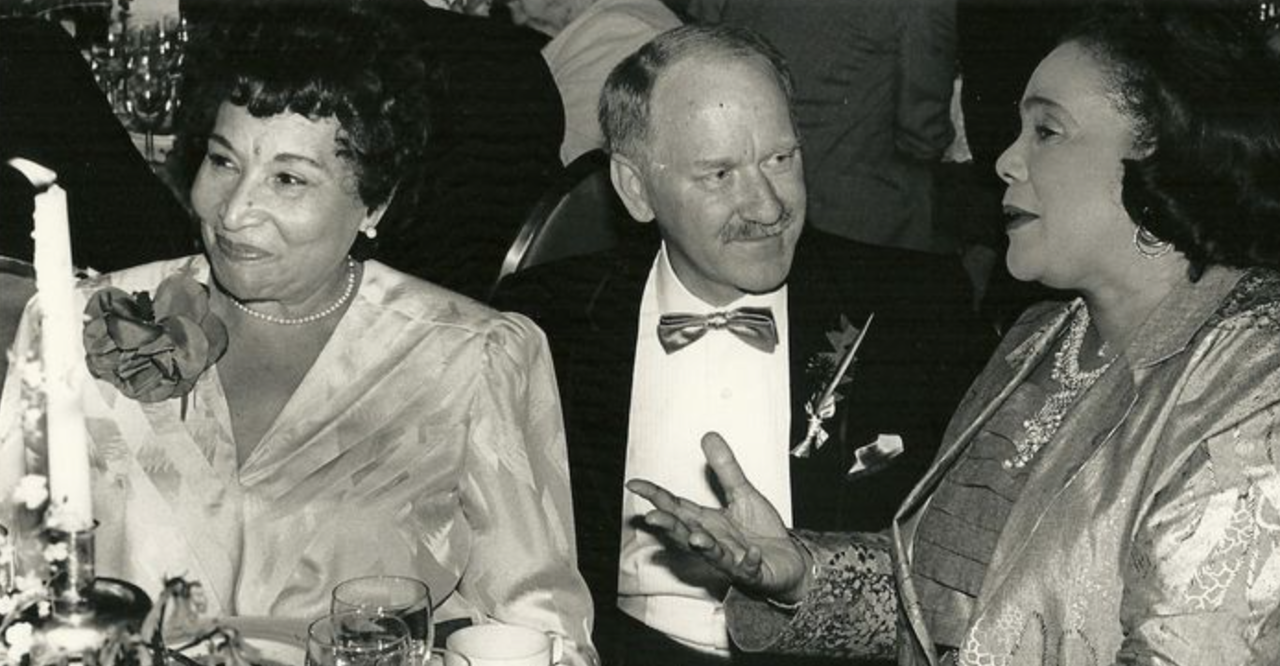 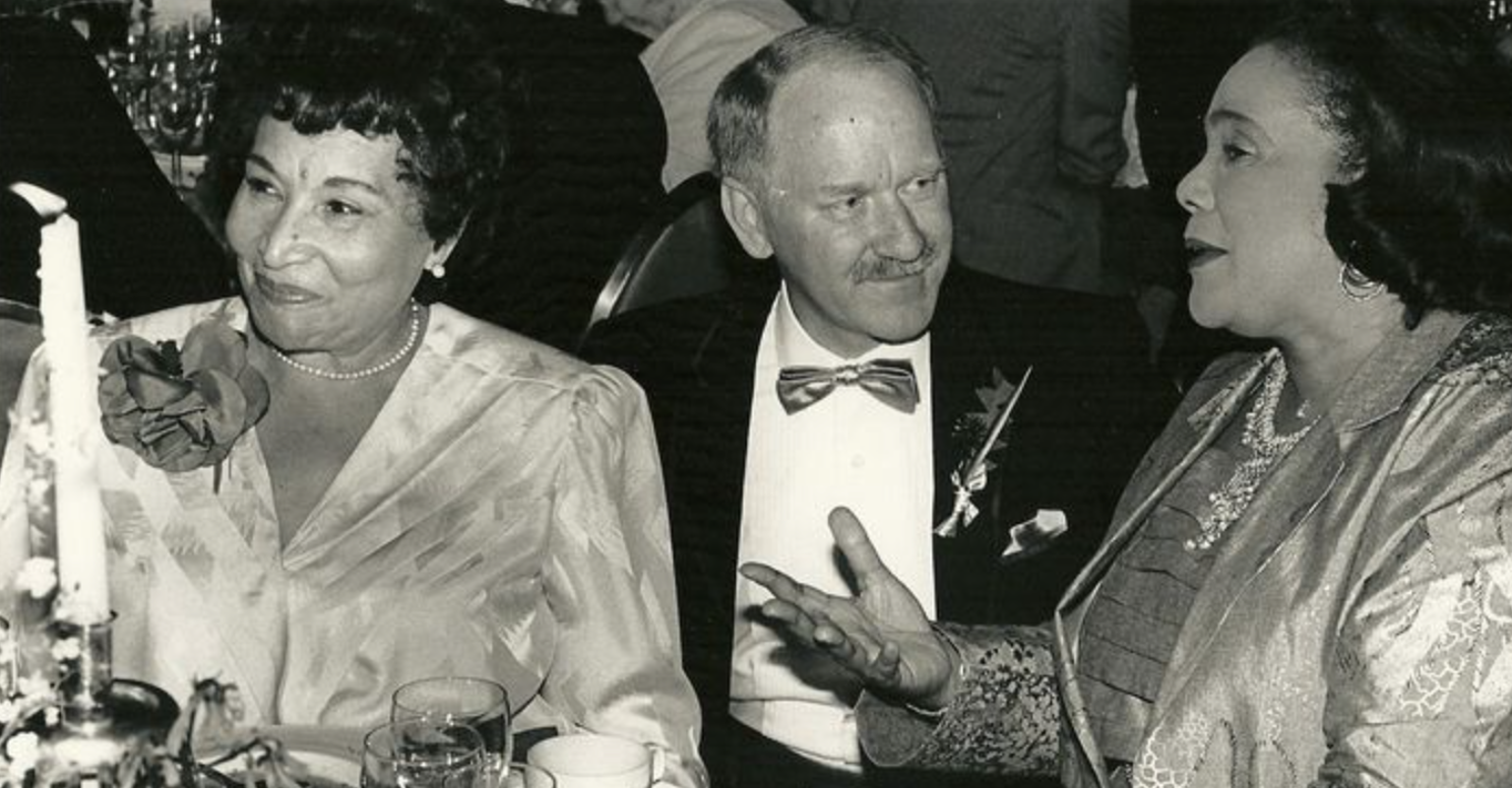 In death, Winston Johnson is rightfully idolized for the deafeningly loud volume at which he led a proud and out life. Those closest to the “Pillar of Gay Atlanta,” like civil rights icon Coretta Scott King and past Human Rights Campaign Executive Director Vic Basile remember him first and foremost as a beloved friend. Interestingly enough, it was through his friendships with activists that Johnson found his political awakening.

Brought into this world on just another day in 1941, deep within the anonymity of Valdosta Georgia, Johnson was not immediately born into the greatness. It was upon joining the Naval Reserve in 1963 that the activist met his partner Leon Allen, the first of the many life-long muses who would illuminate his way.

Together, the couple lived in Jacksonville, Florida until the state began targeting queer and Black men with a blantantly bigoted mandate to create the Florida Legislative Investigation Committee, notoriously known as the Johns Committee, in 1965. Simultaneously dreaming of finding communal support and fearing the power of the Johns Committee to incite violence against marginalized communities, the pair moved to Atlanta in 1967.

When they finally arrived in Georgia, Johnson secured a job at Eastern Airlines. He worked diligently to achieve and maintain his eventually claimed status of VIP chauffeur. Though he drove cars for arguably the most important clients Eastern Airlines had – mainstream figures like Oscar-winner Patricia Neal, Burt Reynolds, Bob Hope, Congressman John Lewis, Phyllis Diller, and Liberace – Johnson’s sexual orientation remained controversial for those around him.

At one point, an executive blatantly asked Johnson face-to-face if he was gay. Johnson refused to answer, well aware that if he told the truth, he would be fired. For the sake of his safety, Johnson transferred departments; and though his experience entirely warranted quitting, finances dictated he remain with the company until it closed. He then joined Carey Limousines as a driver and between the two jobs, he was assigned passengers of varying fame. Some were stars absorbed in their own universe and others, such as Coretta King, were radical activists on their way toward shaping the course of history.

Fate would have it that when Coretta King was in desperate need of a friend, she met Winston Johnson.

In April of 1968, Johnson was unexpectedly assigned the passenger that inspired his political awakening and subsequently led to the joining of the Civil Rights movement with LGBTQ+ advocacy in Atlanta. He first met Coretta King upon driving her home from her flight the day after her husband, the Rev. Martin Luther King, Jr., was assassinated. Fate would have it that when Coretta King was in desperate need of a friend, she met Winston Johnson.

What isn’t chalked up to fate is how the similarities of their sensitive and empathetic souls allowed their friendship to become the blueprint for an ideological alliance between what were seen as two unrelated points of advocacy. In fact the first time King addressed LGBTQ+ rights, she was a guest at the New York Human Rights Campaign Dinner in 1986 per a deliberate invite from Johnson. Vic Basile recalled, in The Advocate, how the popularity of Coretta King as a speaker and the manner in which she specifically referenced Johnson by name became a catalyst for legitimizing queer rights. “We were trying to establish the LGBTQ movement as a legitimate civil rights movement,” he recalls.

Following the declaration of support from King, Johnson and Allen established the first HRC Atlanta Gala Dinner in 1988. Of course, King was in attendance – at the host Johnson’s table no less. The premier year of the gala, HRC Atlanta initiated the annual Leon Allen and Winston Johnson Community Leadership award.

As Johnson uptook Coretta King’s initial mission for equality and compiled it with his own desires for the LGBTQ+ community his world expanded much like one’s does upon practicing intersectional inclusivity. His commitment to King lasted throughout his entire career and in his consistent volunteer work at  Martin Luther King Jr. Center for Non-Violent Social Change and the Atlanta office of the NAACP he not only became a leader to the community, but a friendly, recognizable face to all he encountered.

According to Basile, who collaborated with Johnson frequently on behalf of the HRC – even upgrading Johnson’s flight to New York sometimes, it was only through Johnson’s consistent alignment of thoughtful words with his purposeful actions that he earned the trust to speak on behalf of a community, “All those people he met through his job, so many of them changed,” Basile recalls, “Winston was responsible. He was so respected and people began to see the LGBTQ movement as a legitimate civil rights issue.”

Tom Hart, Johnson’s close confidant of four decades, reminds us Johnson never saw himself as a leader – only as a friend of many. “He never boasted,” Hart said. “I had to read about all that he had done and I’ve known him for 40 years.”