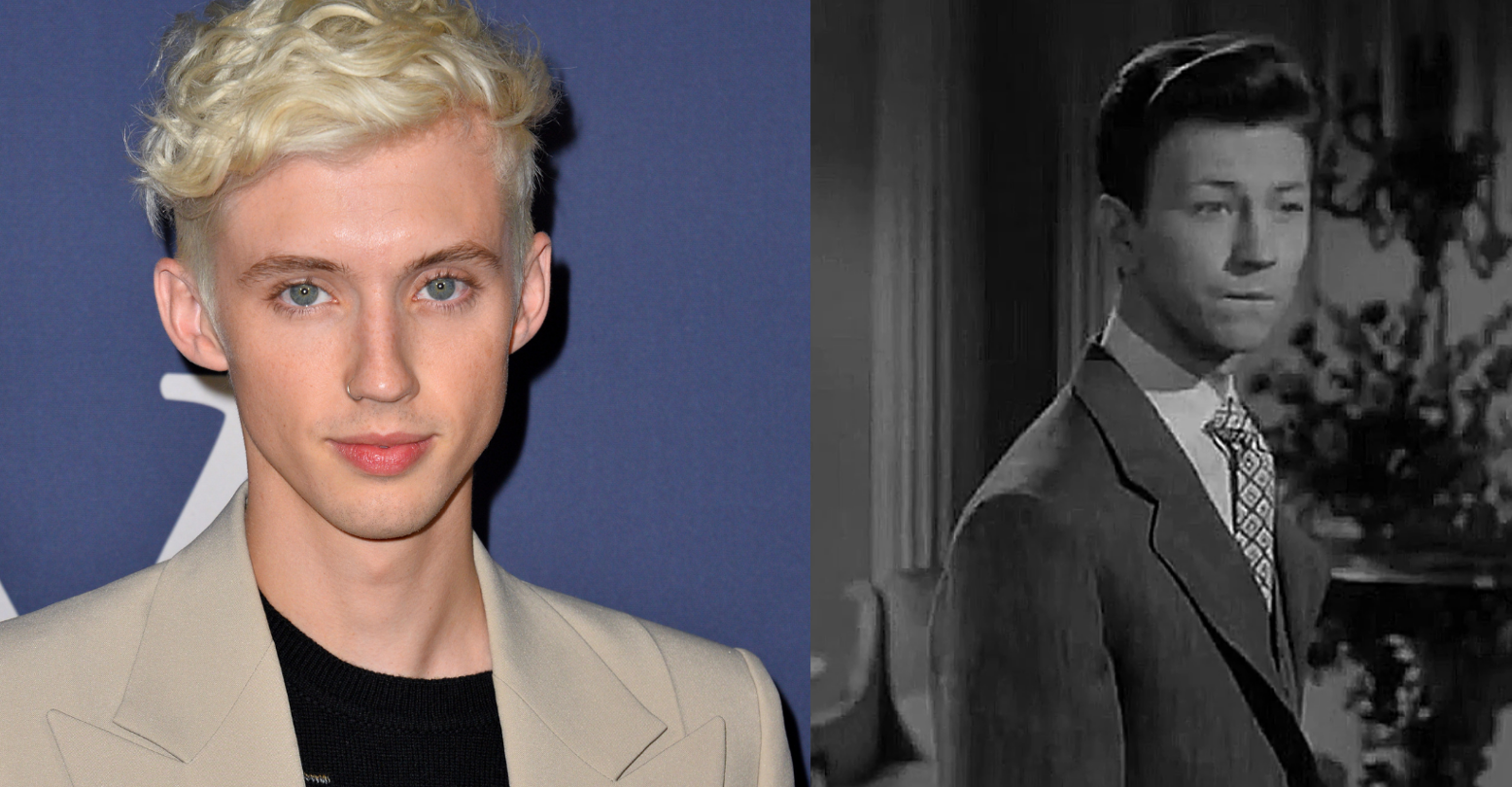 I have a dream. It is but a humble dream, and I believe it could come true if the right people are willing to fund it.

What’s my dream project, you might ask? To write a Donald O’Connor biopic starring “Angel Baby” and “Bloom” singer Troye Sivan. Fresh off the news that Sivan has just been cast in a starring role in The Weeknd’s new series “The Idol,” I’m realizing that this is in fact huge news for me personally. It means that Sivan can actually act (not all singers can) and that he can (hopefully) carry a show. Which means that my dream project is inching closer and closer to realization.

Who is Donald O’Connor, you might ask? Only the ur-transmasc of classic cinema. Donald O’Connor—who most know primarily from his co-starring role in the classic 1952 musical Singin’ in the Rain—not only went toe-to-toe with the one and only Gene Kelly in that film, he’s also responsible for some of the most joyful onscreen moments in history. Consider the deeply insane “Make ‘Em Laugh,” a musical number in which O’Connor’s body becomes one gigantic rubber band as he undergoes the ultimate gender performance in order to make Gene Kelly laugh. It works, and it’s also pretty gay. Dancing with a mannequin? Gay-coded.

Therefore I will be using this post to present my evidence in order.

Now look, you might not see the resemblance immediately, but I feel like Sivan would truly do justice to O’Connor’s kooky, softboi aesthetic. I didn’t think so at first, but everything changed once I saw Sivan’s infamous Vogue “Go to Bed With Me” video detailing his skincare routine. In addition to the routine being pretty basic and non-pretentious, Sivan wears a bucket hat. I don’t think I have to point out that it’s a rare kind of gentleman who can get away with wearing–and looking good in–a bucket hat. Lord knows many a cis man has tried, but very few have succeeded in making it a LEWK.

You know who else looks great in a bucket hat? Donald O’Connor.

Ok, it’s not exactly a bucket hat, but it’s close enough. Not everyone can pull off this aggressively gender-neutral look, but Sivan clearly can. He also has a kind of retro look that would really work for a 1950s-set biopic.

I mean, come on. This image has “Gene Kelly costar” written all over it.

EXHIBIT B: Those insane blue eyes

Both Troye Sivan and Donald O’Connor have this sexy-boyish thing going on, and they both look very cute in sailor suits. They also both have gigantic, piercing blue eyes that are a wonder to behold.

Like, wtf is this man a goddamn white walker? How are those eyes so blue?

You know who else has piercing, almost eerily blue eyes? Donald O’Connor:

Okay it just got UNBEARABLY hot in here.

EXHIBIT C: They both look hot in glasses

Are you getting it now? Are you picking up what I’m putting down? Are you buying what I’m selling? If so, please fund this world-changing biopic.

EXHIBIT D: They can both dance

Whoever you are, you’ve probably seen Donald O’Connor dance his twink ass off in Singin’ in the Rain. But this man’s talent doesn’t stop there. For instance, did you know that O’Connor starred in another film with Debbie Reynolds where he did an entire tap dance on roller skates? Well, it happened.

Obviously the lost art of tap dancing is…you know, lost. But Troye is no slouch in the dancing department: he’s shown us time and again that he can legitimately bust a move when the occasion calls for it.

I mean, yes, it’s mostly hair-eography, but it’s still good. And who could forget this absolute gay gem:

I mean I feel like I’ve already proven this, but you get it. Let’s make this happen, Hollywood!