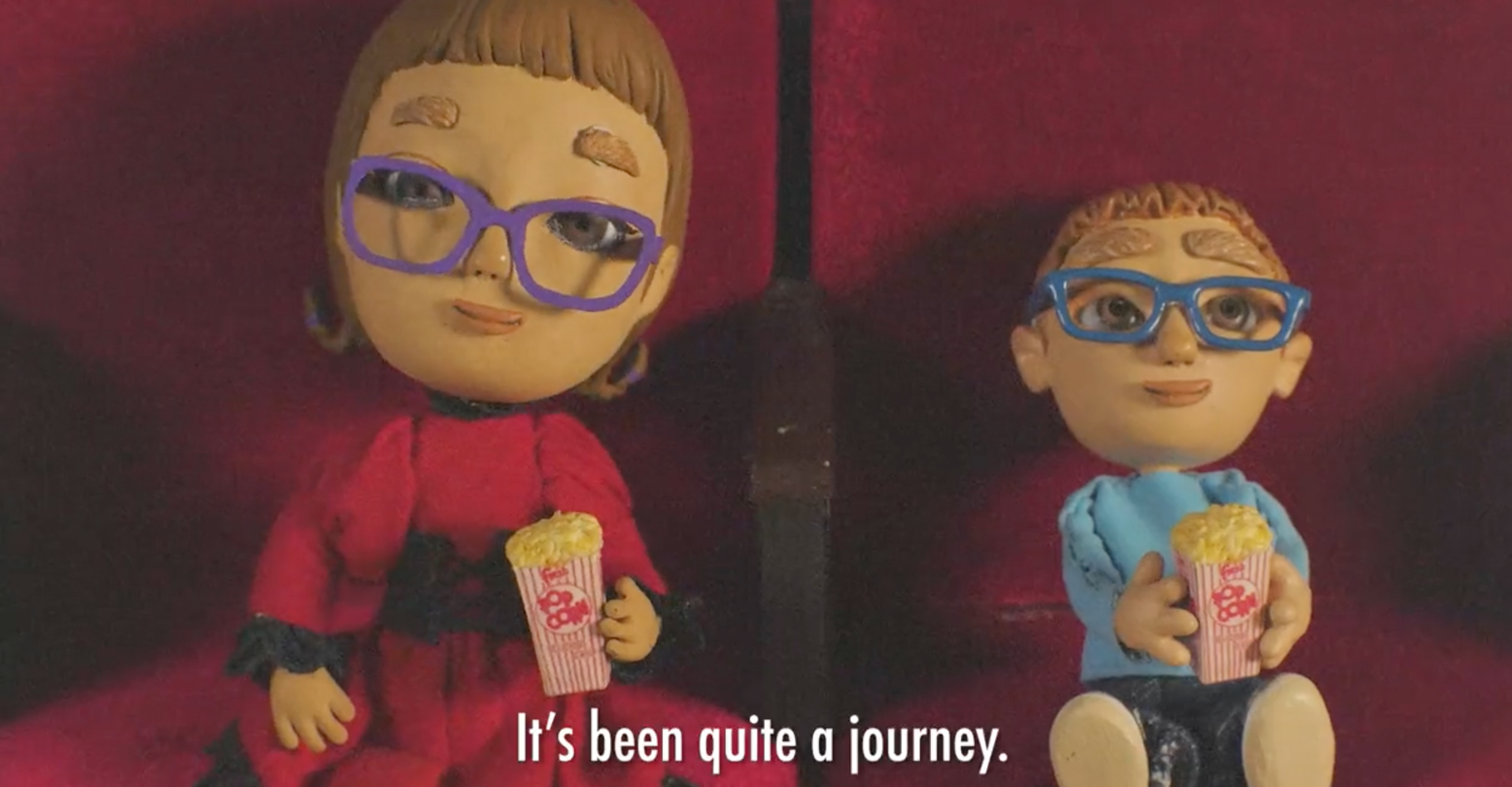 The Matrix has long been understood as a trans allegory, an interpretation recently confirmed by co-director Lilly Wachowski. To coincide with the release of the franchise’s latest entry, The Matrix Resurrections, trans stop-motion animator Cressa Maeve Beer made a short film in partnership with Alamo Drafthouse describing her own experience with this allegory.

Happy Matrix day! I was commissioned by @alamodrafthouse to make this little short about growing up trans with the iconic movie. pic.twitter.com/u3YRYPu1N8

The autobiographical short begins with a twelve-year-old Beer watching The Matrix in theaters on opening day. “I was instantly obsessed,” she recalls. “Like tried reading philosophy, listened to the soundtrack on repeat, went to Hot Topic and bought the replica of Neo’s trenchcoat obsessed.”

Despite her parent’s concerns over the unexpected amount of shootouts in the movie, Beer was more fascinated by the film’s deeper implications. “What really resonated with me was that something was wrong with the world around me,” she says. “I lived with my own impossible to describe feelings of disconnect from everything…even my own body.”

In her thirties, she discovers the truth behind these feelings. This is accompanied by the image of a trans Pride-colored egg cracking, which Beer describes as the moment she “unplugged.” The child Beer is replaced by herself as a transitioned adult.

She goes on to describe how a friend, Joanna Fang, clued her in on the trans allegory in The Matrix, giving voice to what she could only intuit as a child. This is explained as “how [the film] visualizes the difference between the perception of the self and self-knowledge, the ‘you’ that others have conditioned you to think you are, and the ‘you’ that you know yourself to be.”

The short concludes with Beer going to the opening screening of The Matrix Resurrections, now with a full understanding of what the film represents to her and why. The child Beer and the adult Beer sit side-by-side in the theater and exchange glances. “It’s been quite a journey,” she says in voiceover.

The Matrix Resurrections released worldwide in theaters and on HBOMax on December 22nd. Beer’s animated short will play on the big screen in Alamo Drafthouses across the country as part of the preshow.