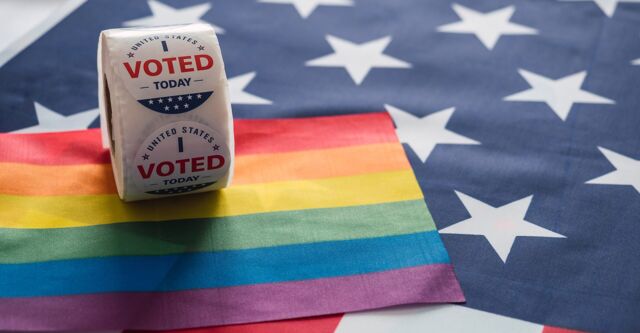 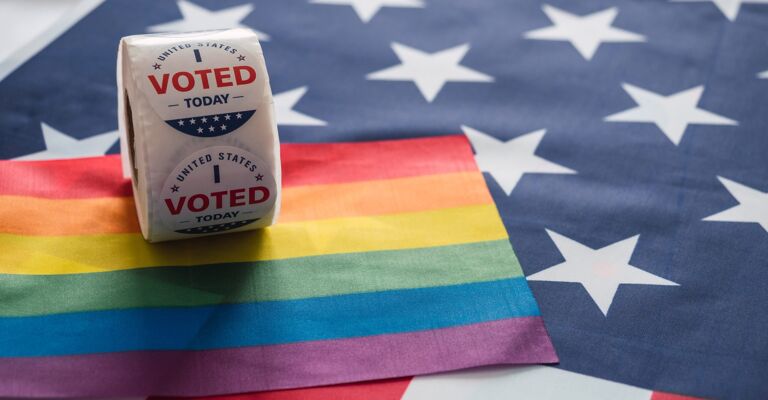 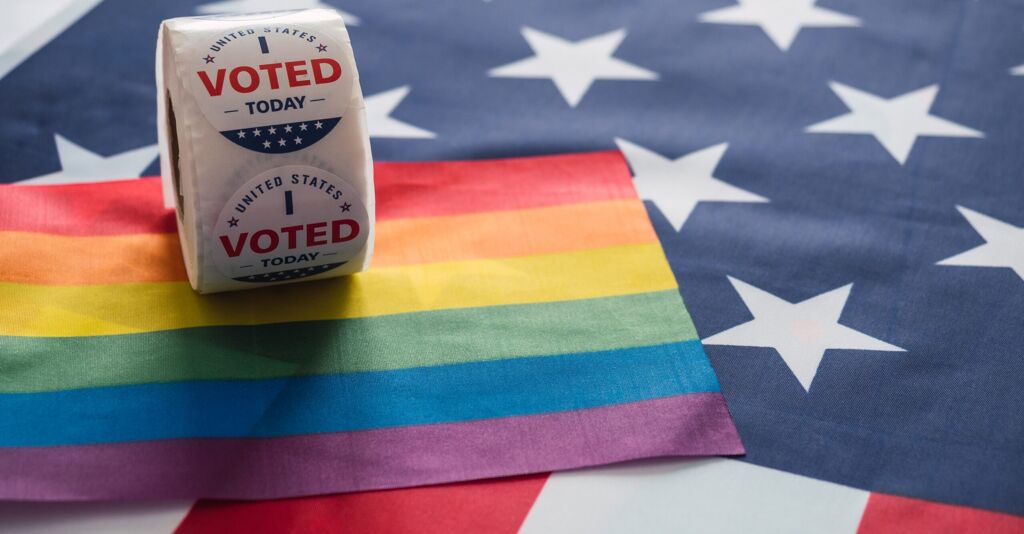 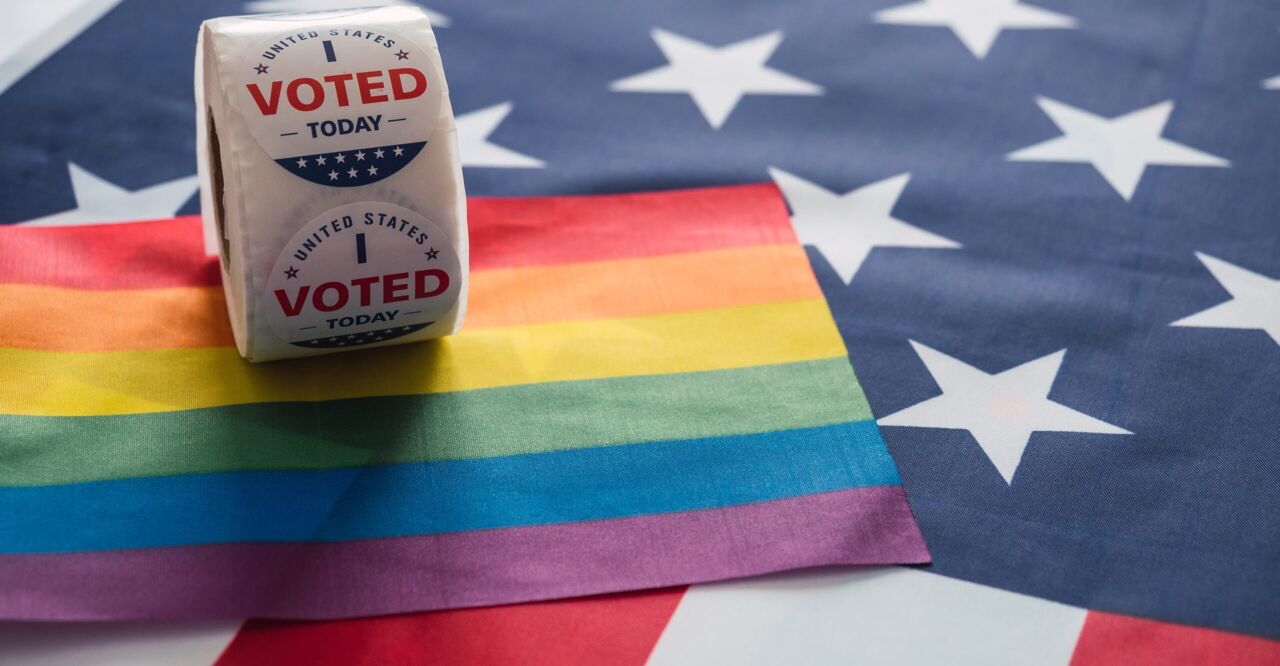 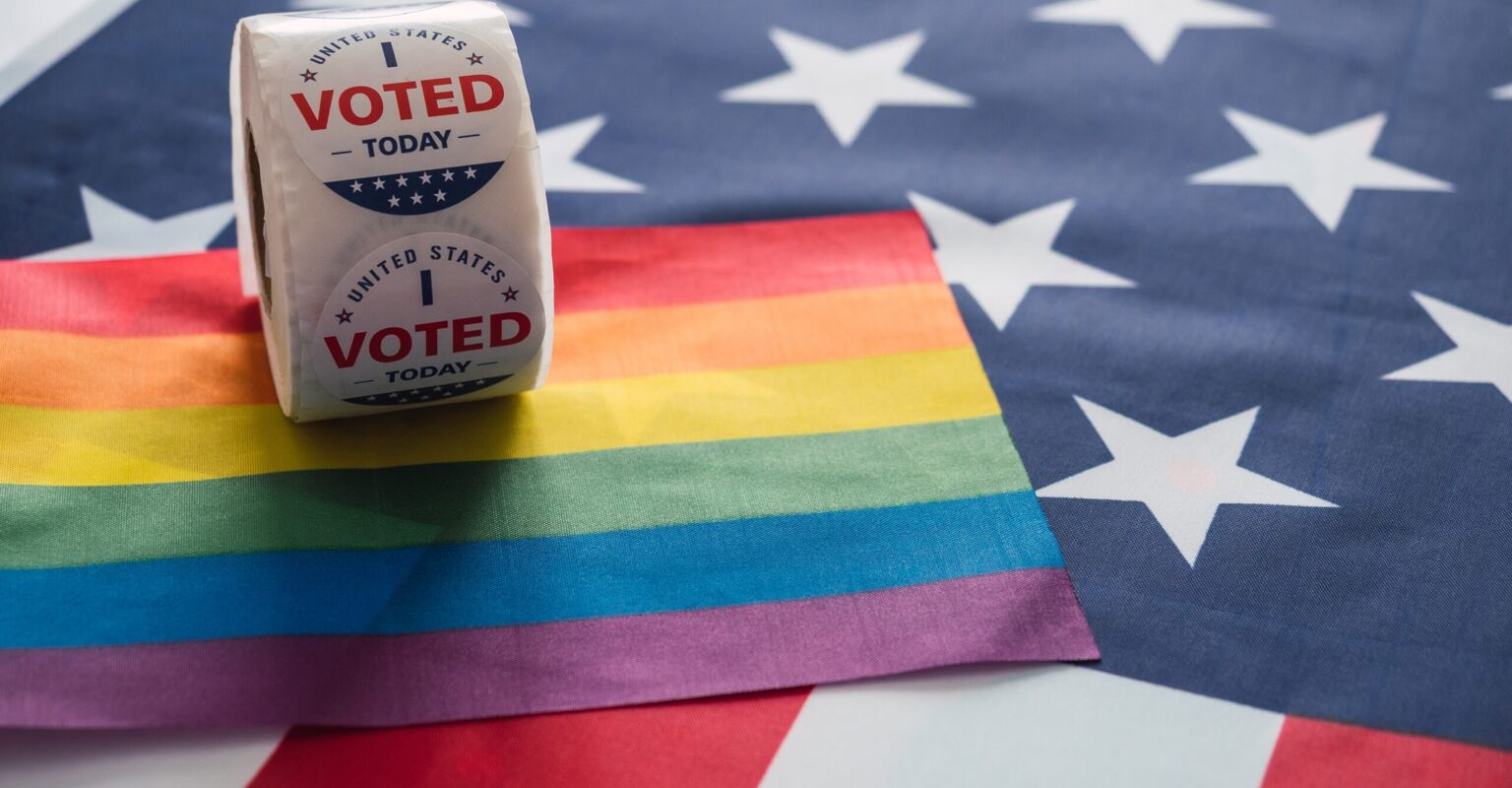 “All politics is local” was a phrase I heard in my house growing up with at least as much frequency as “did you clean your room?” and “be sure to grab a jacket.” I nodded along as my dad, an old-school California democrat, held court in the front seat of our sedan in the weeks leading up to election season, the four-word phrase always existing as a tell-tale sign that I was in for an energetic early morning lesson in the state of American politics. It was my signal to lean my brooding head on the window and trace shapes in the condensation until we got to school. The fact that I understood his meaning was assumed, a dangerous gamble on a 13-year-old who was still absorbing how many branches of government there were.

Years before I started teaching, before I found my deepest and highest purpose in advocating for queer and trans kids, before I dedicated my life to advocacy and activism, I saw politics the way most kids my age did: as background noise. I didn’t understand why it seemed to electrify and animate my dad, whose other hobbies included puzzling through Talking Heads melodies on his guitar and embarrassing me.

The more I paid attention to him as I got older, the more his version of “all politics is local” started to come into focus. For him, elections weren’t spectator sports, they were an opportunity to shape the world his generation was making for mine, and at every level. No cause was too small or too far gone to matter. Before I was born, he was getting into arguments with his Yuppie friends about Ronald Regan and knocking on doors in Los Angeles for a senator whose name has been lost to the history of failed progressive campaigns. When I broke onto the scene and limited his radius significantly, he strapped me into the Baby Bjorn and took me to city council meetings. When I started walking, he had me help plant signs in our neighborhood protesting a construction project that threatened a local beach. Every cause was a new opportunity to guide the shape of our world.

Related: Voting Sucks, But You Just Have to Do It

And throughout it all, optimism. It’s easy to be crushed by the ugly and relentless power of American politics, and it’s often an exhausting and demoralizing slog when we choose to participate. I’ve followed closely in my father’s footsteps, serving in school board election phone banks and speaking at city council meetings and knocking on doors for longshot presidential candidates. My luck has been about as good as my dad’s– mostly I get hung up on, nodded at while city councilmen doodle on blank notepads, peered at through Ring cameras and ignored. This is, I assume, why most people don’t bother. The shape of the world is predetermined, they think. One person is a drop in the ocean, a fart in a wind tunnel. Why bother?

It’s easy to be crushed by the ugly and relentless power of American politics, and it’s often an exhausting and demoralizing slog when we choose to participate.

For that answer, I turn back to the long drives to school, when my dad was trying desperately to wake me up to a truth I was too young and distracted to understand: all politics is local because the consequences of all politics are inescapable. When Tip O’Neill, the former Speaker of the US House of Representatives, made the phrase famous in the 1970s, he meant that politicians need to know what matters to their constituents in order to win elections. But that’s never what I heard. What I heard was there is no opting out, no sitting and watching. Eventually, whether we pay attention or not, no matter how many texts from campaigns we ignore, mailers we throw out, door knockers we close the shutters on, the people and policies birthed from this election cycle are coming for us.

Eventually, whether we pay attention or not, the people and policies birthed from this election cycle are coming for us.

From a queer advocacy perspective, that isn’t super great news. The laws leveled against us have been growing, and threats that might have felt distant are now calling from inside the house. The nonsense behind Florida’s controversial and intentionally vague “Don’t Say Gay” bill has gained traction, with 30 house republicans introducing their national version only days ago. The fight against queer and trans children has weaseled its way into every school board in the country, with fights over bathroom access and book banning suddenly dominating elections that used to revolve around budgets and bond measures. And the walls built between neighbors have gotten thicker, with Facebook comment threads on community boards stretching into the hundreds, resolves hardening as every small town fight becomes a microcosm of a national war.

It’s a lot to stand up against, which means it’s time to Make Politics Local Again.

When I’m out walking and knocking in neighborhoods, this year for a school board candidate running in the same district in which I teach, mostly I face closed doors. I knock, I wait, I leave a pamphlet on a doorway cluttered with other colorful campaign literature, and I move on. Sometimes people are busy and uninterested, usually holding a barking dog back with one hand and propping up a toddler with another. But sometimes, at least in a handful of doorways every time I go out, someone takes my flier, wrinkles their eyebrows and asks to hear more. “I don’t usually pay attention to the smaller races,” I hear a lot, “I don’t even really know who’s running.”

Those are the conversations I live for. When both of us can step out of the swirling cloudy storm of our national differences and just be two people, hanging out on a stoop in a neighborhood we both care about, talking through what we want to see from the people who represent us. It’s when we find out that we both went to the same college, or their grandchild (now long graduated) was in my class years ago. Conversations that would have been terse and hostile online are softened when we are both faced with the reality of each other. I am probably not tipping the scale, even in a small race, every time someone answers a door. But what I am doing is showing up, and proving to myself and to a handful of my neighbors, that someone gives enough of a shit to try.

My dad, recently retired, has said to me that even at his most invested, he was never quite as deeply involved as I am now. I would argue that the bar for entry into the world of election activism is lower now than it ever has been, making it much more accessible than it was for him. Campaigns at every level make it easy to help, from writing postcards to voters or sending texts from the comfort of your couch, to interactive apps that log house visits on neighborhood walks for door-knocking. Turning a neighborhood of little red houses green after visiting them all is a special kind of mobile-game-adjacent dopamine hit that has become more than a little addicting.

On a personal level, choosing to invest myself in the process is bigger than a single issue or a single candidate. We will survive, and we have, when whatever measure we’re supporting or representative we believe in is defeated. The real danger has always been passivity. The moment we sigh and resign ourselves to the tide of politics, letting it pull us without even trying to paddle against the current, disillusionment will drown us. We need to keep politics local, to remember that eventually, the issues we ignore will find their way into our lives even when they seem far away. So, even if you choose not to strap a water bottle to a fanny pack with a stack of leaflets under your arm yourself, consider opening the door for those of us who do. We are, after all, in this together whether we like it or not.♦