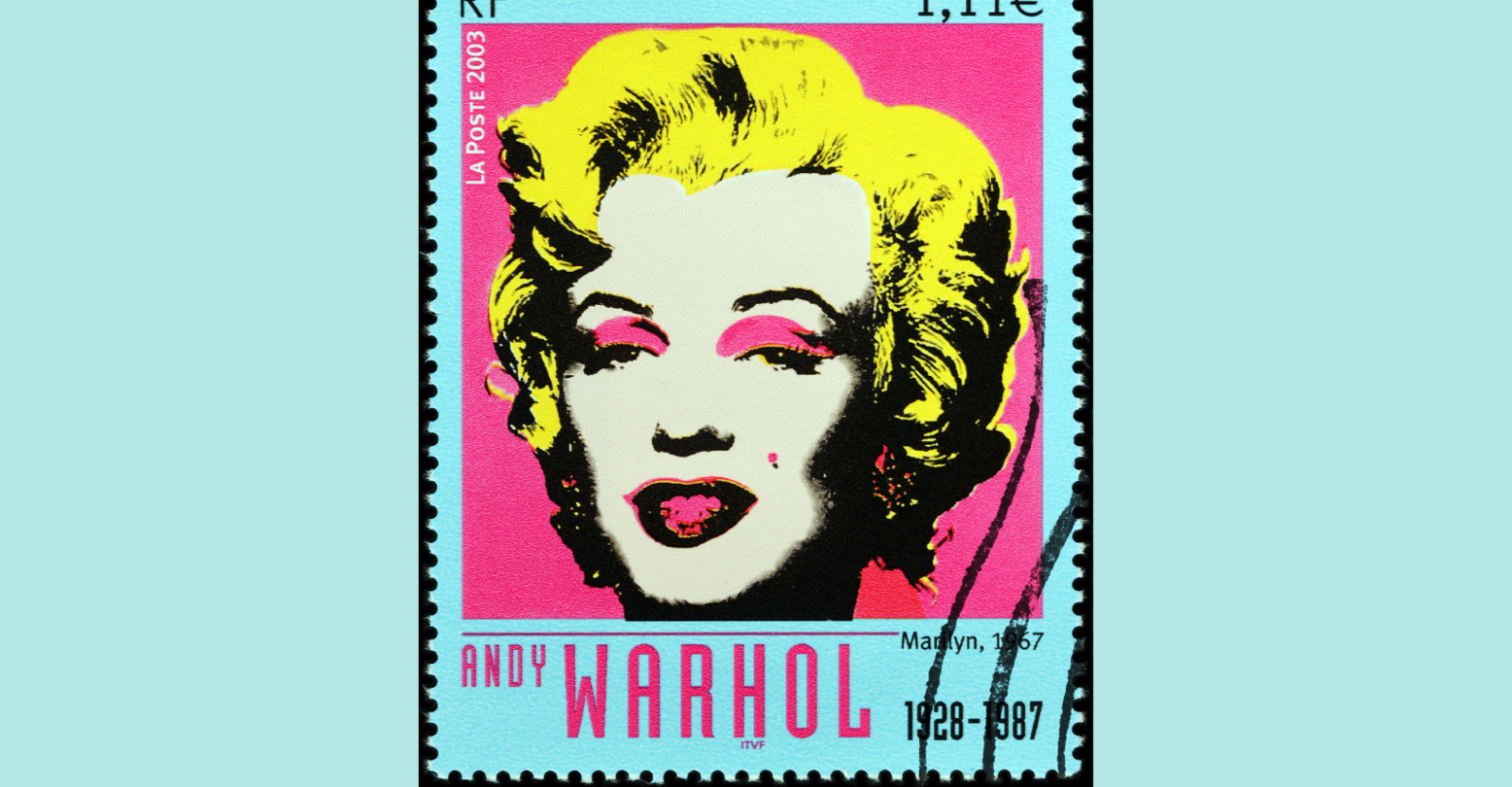 Andy Warhol’s iconic 1964 Marilyn Monroe portrait, Shot Sage Blue Marilyn, is going up for auction this May for the first time in forty years. It is now poised to become the most expensive piece of art from the 20th century, with an asking price of $200 million, the Wall Street Journal reports. All proceeds will benefit the Thomas and Doris Ammann Foundation, a child welfare charity that had previously owned the painting prior to the death of its titular founders.

Shot Sage Blue Marilyn is one of several silkscreen portraits queer artist Andy Warhol made of the celebrity following her death in 1962. There are four others, in red, orange, light blue, and turquoise. The “shot” part of the title comes from a famous incident: during a visit to Warhol’s studio, performance artist Dorothy Podber asked if she could shoot his paintings. Warhol agreed, assuming she meant with a camera, but she pulled out a revolver instead.

The image is based on a promotional photograph of Marilyn Monroe for the 1953 film Niagara. As a pop artist, Warhol typically repurposed commercial images and mass-production techniques in his work. For this particular series, however, “he developed a more refined and time-intensive screen printing technique, antithetical to the mass production he was best known for,” according to a press release by Christies, the organization holding the auction.

“The most significant 20th-century painting to come to auction in a generation,” Christies’ Chairman of 20th and 21st Century Art, Alex Rotter, commented in the press release. “Andy Warhol’s Marilyn is the absolute pinnacle of American Pop and the promise of the American Dream encapsulating optimism, fragility, celebrity and iconography all at once. The painting transcends the genre of portraiture in America, superseding 20th-century art and culture.”

Georg Frei, Thomas and Doris Ammann Foundation’s chairman, added, “The spectacular portrait isolates the person and the star: Marilyn the woman is gone; the terrible circumstances of her life and death are forgotten. All that remains is the enigmatic smile that links her to another mysterious smile of a distinguished lady, the Mona Lisa.”