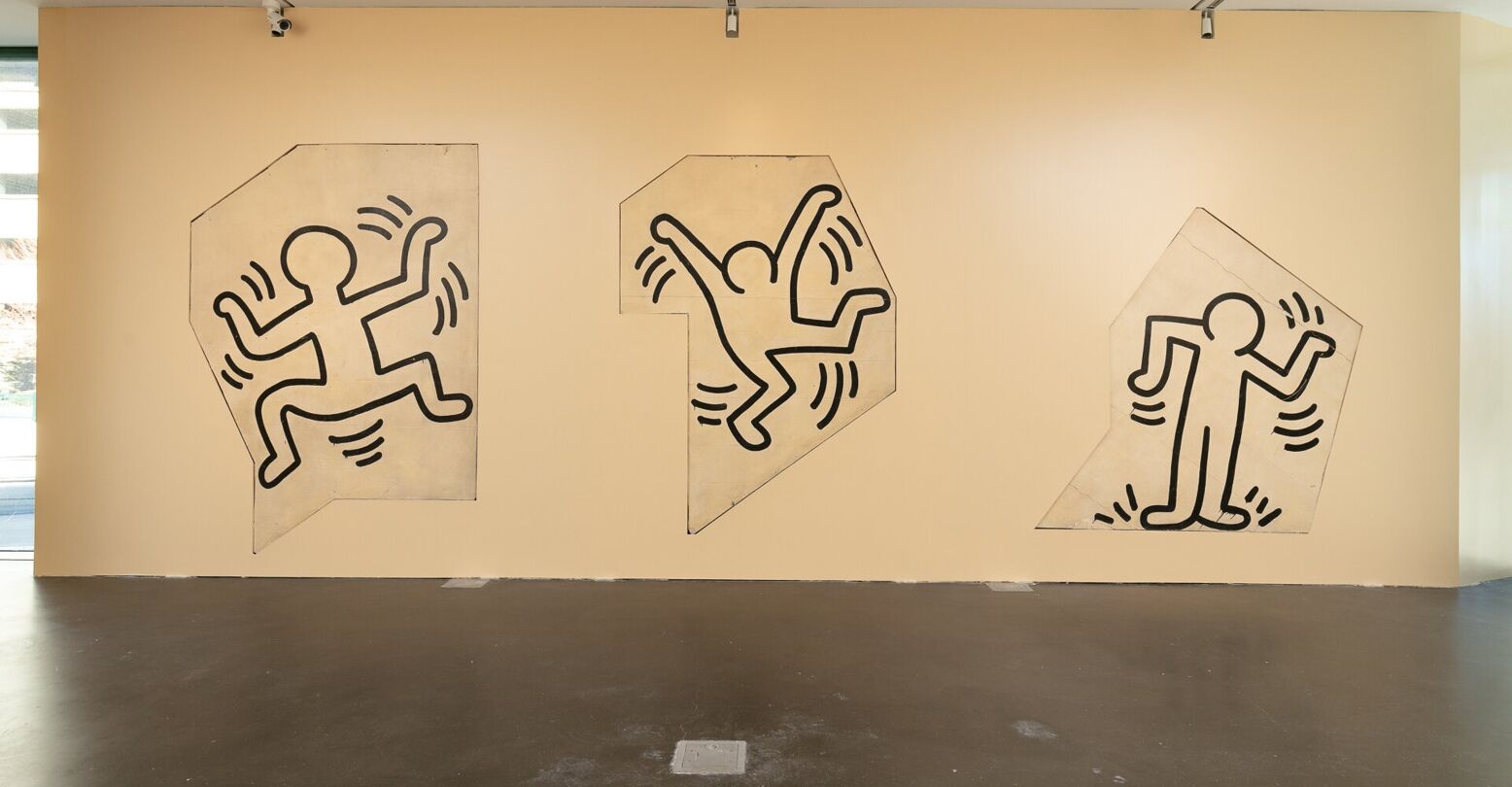 Keith Haring is known by many as the artistic face of AIDS activism. His style has captivated the world for around 40 years; his dancing men, radiant babies and barking dogs are synonymous with ‘80s pop art.

For such an iconic artist, not much of Haring’s work is still around. He created 45 murals before dying of AIDS-related complications in 1990, and less than half of those still remain.

But one of Haring’s murals has just popped up in Denver — at the Museum of Contemporary Art Denver, to be precise.

The museum has managed to display Haring’s Grace House mural, though not quite as it was intended to be seen. Haring originally painted the 85-foot-long mural along a three-story staircase at the Grace House, a Manhattan youth center. At the museum, however, the mural is shown in 13 carefully preserved chunks embedded in the exhibition’s walls. It’s still Haring’s art, but the staircase element, the key to the mural’s narrative, is lost.

The fact the mural still exists at all is a blessing in itself. When the Grace House closed in 2016, its operator, the Church of Ascension, sold the building, much to the dismay of the Keith Haring Foundation, which had hoped to secure a buyer who would preserve the mural.

Instead, after delicate excavation, the mural was sold for $3.86 million at auction to an unknown buyer. That was in 2019, and the mural’s whereabouts have been unknown since. Luckily, Nora Burnett Abrams, the museum’s director and the show’s curator, has a personal connection to the still-anonymous buyer, who offered the mural to the museum on loan. It will stay in Denver through Aug. 22, and then head to the Schunck Museum in Heerlen, the Netherlands, in March. Beyond that, the mural’s fate is up in the air, but at least it’s been reintroduced to the public eye.

The mural’s reimagined status as an exhibition is “bittersweet,” Gil Vazquez, acting director of the Keith Haring Foundation, told the New York Times. Things could be worse in that the mural could have been destroyed or kept private forever, but they could’ve been better, too: the original Grace House building could have remained intact, mural and all, if sold to the right buyer. “At least the thing exists so it can be studied,” Vazquez said.

The staircase mural may be grounded, but its reintroduction to the world is a win nonetheless. Even if the exhibition is only temporary, it’s a great opportunity to teach a new generation about a legendary queer artist.