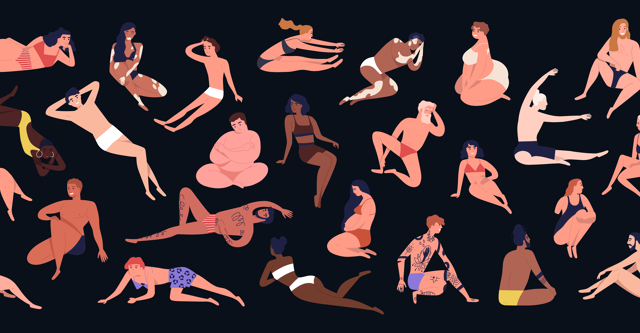 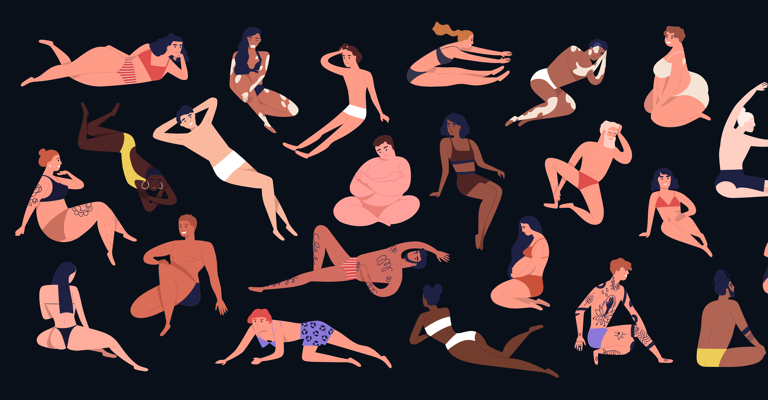 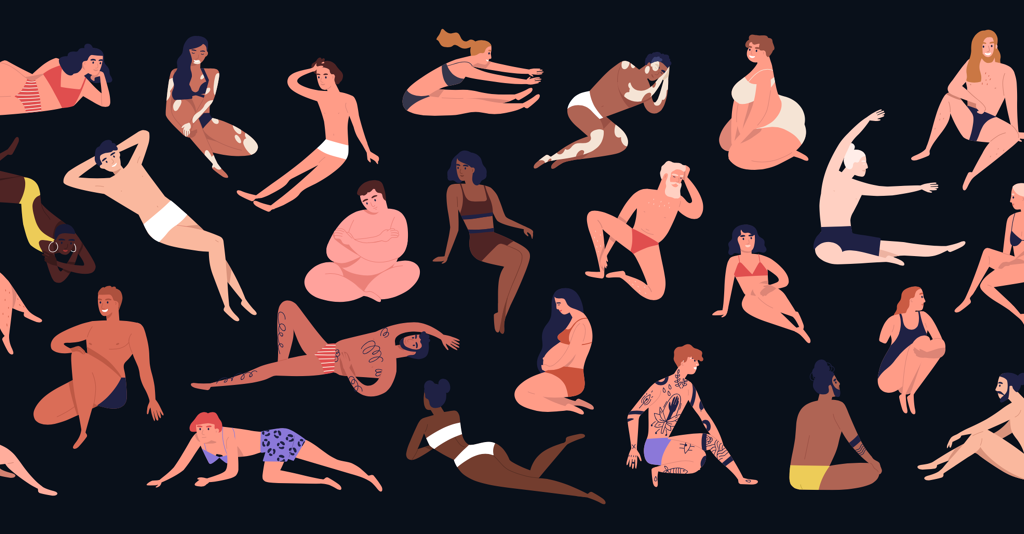 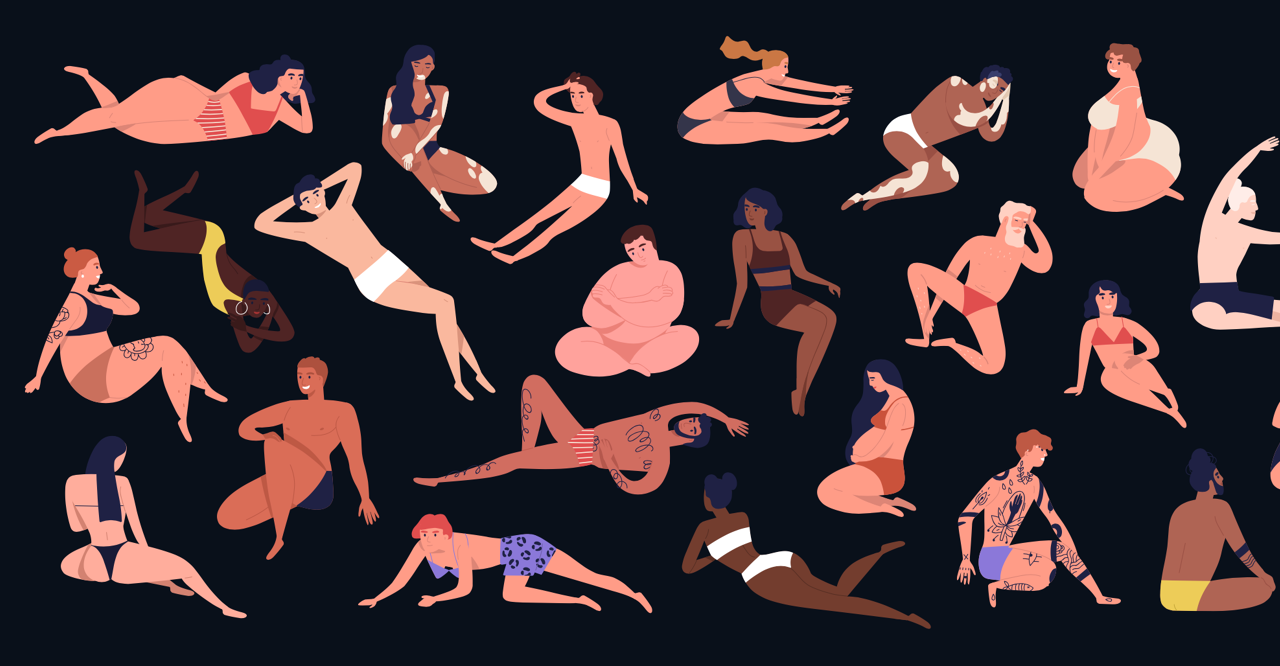 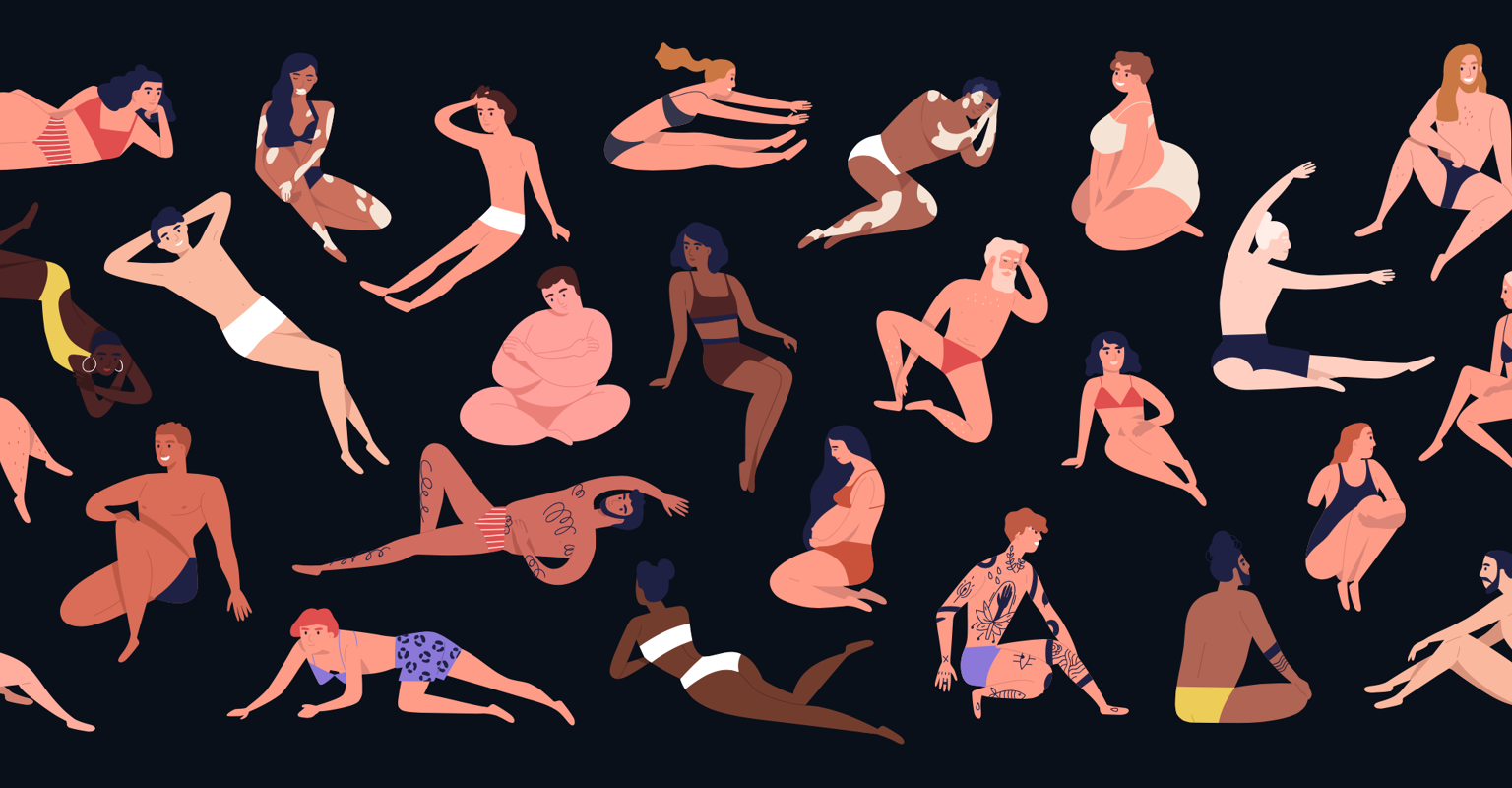 Having an eating disorder, I don’t have to tell you, is complicated, painful, and all-consuming. When you’re trans and dealing with disordered eating, things can get even stickier. As I’ve said before, it’s a particularly unpleasant double-whammy when you’re both constantly trying to change your body and shrink it with the ultimate goal of making it disappear.

But in the past few months, I’ve hit on something— a mantra, if you will—that’s helped me tone down the hateful, dysphoric voice in my head at least a bit. And I want to share it with others, just in case it helps them, too.

In the brilliant British sitcom “Peep Show,” there are many hilarious gems of dialogue that simply keep coming at you during each 20-minute episode. The show ran on Channel 4 in the UK from 2003 until 2015, making it one of the longest-running shows in Channel 4 history.

It’s also one of the best shows ever made, period. The premise, you ask? Stoner burnout Jeremy “Jez” Usbourne (Robert Webb) and uptight white-collar worker Mark Corrigan (David Mitchell) live together in a flat in Croydon. You see them go about their hilariously depressing lives and hear, in a constant voice-over, what the two are thinking at any given moment. As you can probably imagine, this gets hilarious pretty quickly. In the first few minutes of the show’s pilot episode, Mark is in desperate need of toilet paper (“loo roll”) having just run out. He needs to run across the street to the corner store to get some, but he’s terrified of the “youths” messing around outside his apartment complex. These “youths,” I should point out, are probably 13 or 14, and hardly threatening. They’re run-of-the-mill asshole teenagers who like to taunt Mark by calling him “clean shirt,” and thusly, Mark is terrified of interacting with him. For a solid two minutes, he considers simply using the neighbor’s toilet rather than making the run across the street and being berated by asshole teens.

If you’re at all a neurotic, depressed, or neurodiverse person, you will know this conflict well. It’s the insight into the character’s minds during scenes of mundane social interaction that clues you into the fact that Mark and Jez rarely ever say what they think, and as for what they do think? Well, it’s hilariously bleak and candid. In the first few seasons of the show, they even devised a way of giving the camera that same wobbly “POV” look to reflect the myopia of the characters, their thoughts, and their tiny, anguished world.

The show only gets more complex and brilliant as it goes on. But one especially memorable arc revolves around Mark getting a crush on Jeremy’s ex-girlfriend, the absurdly-named Big Suze (no, we don’t ever learn why that’s her nickname.) For whatever reason, Mark and Big Suze spend a fun, romantic day together, culminating in a non-sexual slumber party between the two of them. When Jeremy finds out, however, that Mark has been falling for his ex, he loses his mind, busts in on the two of them, and accuses Mark of “having a boner.” Which, to be sure, he does.

Jeremy tries to shame Mark for being aroused while in bed with a woman he’s crushing on, but somehow, for some reason, this shaming tactic doesn’t work. And it absolutely should, because if anyone is prone to being body-shamed, it’s Mark. But I credit Mark’s aplomb to this one, simple phrase. “It’s a human body,” Mark says. “It doesn’t mean anything!”

For whatever reason, this phrase has stuck in my head. And yes, I have seen this show about 5 times over in full: I love it that much. But of all the quotes I’ve memorized from the series, I really cherish this one. Because it’s actually helped me with my own body dysphoria, dysmorphia, and shame. Like, a lot.

I’ve always been someone who likes to carry around a mantra or helpful phrase that I can use to stop my brain from going down a particularly shitty rabbit hole. Because my brain sucks, it doesn’t take much for me to spiral out. Whether someone makes a comment about my body, weight gain, or clothes I’m wearing, I’ll use that to feel awful about myself for the whole day. Having a phrase I can say out loud actually helps me stop this process in its tracks. Sure, it might feel weird literally shouting something out in public, but you know what’s worse? Getting trapped in a fugue of self-hatred and shame. Instead of following the shame spiral downward, I can just shout the phrase out and be brought back into reality. And it helps if the phrase actually means something.

That’s why “It’s a human body” has become such an important tool for me. It’s a fact, a reason, an excuse, and a simple, honest way of reminding myself that I’m not perfect and shouldn’t be expected to be. Saying “it’s a human body” is a great way to hit back at almost everything. Somebody’s talking about how you’ve gained a lot of pandemic weight? It’s a human body. An ex is telling you rude things about how your body does and doesn’t satisy them? Yeah duh, it’s a human body. Your own brain is trying to convince you that you need to stop eating and go on an extreme diet to “fix” yourself? Guess what: IT’S A HUMAN BODY. It can handle a lot more than we think.

I don’t know if this is capable of helping anyone else, but I know it’s helped me. I will cling to “it’s a human body” until the day I die, because you know what? My body is human. It is subject to the laws of gravity, aging, and hormone cycles. It’s not perfect, but it’s not supposed to be: it carries me through life, because that’s its job. And it’s flawed and has problems and sometimes hurts me, because that’s part of the bargain, too. It’s a human body: not a robot, not a photoshopped likeness, not a painting or illustration. A human body, with everything that comes with that.

So this is me giving you permission: if you struggle with body image issues, eating disorders, body dysmorphia, or any feelings of inadequacy tied to having a body, please remember that you are the owner of a human body. It’s not perfect, and sometimes changing it can be a wonderful, helpful thing. But on those days when you just feel like you can’t even function because you hate the way you look and feel, remind yourself: it’s a human body. No more, no less. It’s got you, and you’ve got this. ♦