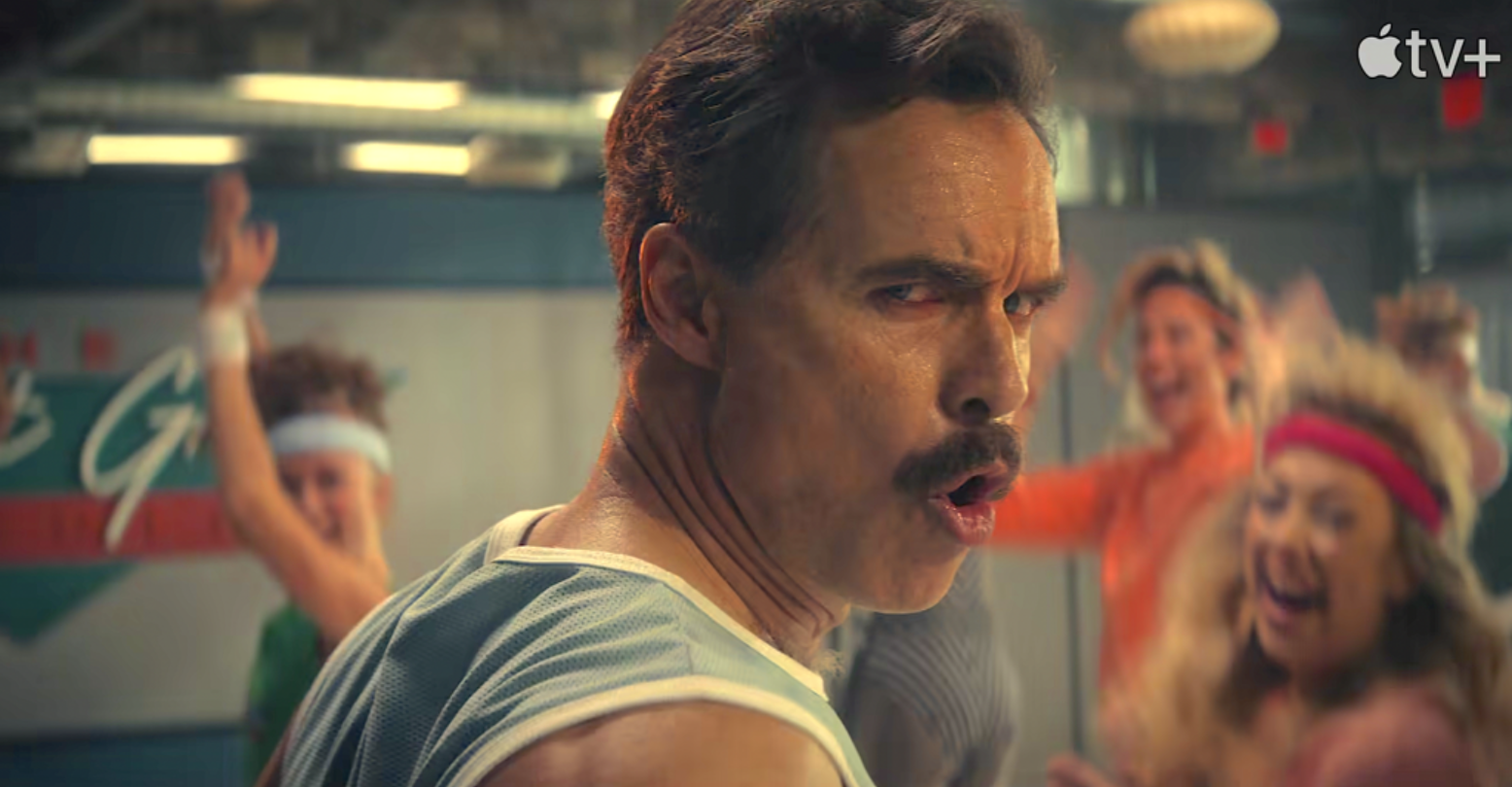 The trailer for the second season of the Apple TV+ fitness comedy Physical has dropped. And in case the perms and leotards of the 1980s aerobics world weren’t already gay enough, the trailer gives us our first look at new recurring cast member Murray Bartlett (“The White Lotus,” “Looking.”)

The series stars Rose Byrne as Sheila Rubin, a hopeful fitness instructor trying to grow a following through exercise tapes. In the first season, Sheila is a bulimic housewife who leverages her own struggles with body image to break into the weight loss market, culminating in the release of her first aerobics video “Bodies by Sheila.” Physical overall is a satirical look at the commercialization of body insecurity through the fitness infomercials that pervaded the 80s.

“Physical season two finds our hero Sheila Rubin having successfully launched her first fitness video only to encounter some new and bigger obstacles on her path,” the official synopsis reads. “She is torn between loyalty to her husband and the values he represents and a dangerous attraction to someone else. And since she’s no longer the only game in town, she finds herself having to outrun some fierce new competitors on the road to building a full-fledged fitness empire.”

In the upcoming season, Bartlett plays Vincent “Vinnie” Green, a celebrity fitness guru whom Sheila desperately wants to emulate. “I control my own name, I control my own business, and no one tells me what to do or say,” Vinnie describes himself in the trailer.

Vinnie and Sheila’s relationship seems to be part antagonistic, part mentor/mentee. It is hard to tell whether Vinnie is the “someone else” Sheila finds herself attracted to. At the same time, we’re talking about Murray Bartlett in booty shorts—who wouldn’t second-guess their marriage over that?

Physical is created and written by Annie Weisman (About a Boy, Desperate Housewives) and is based partly on her own experience with an eating disorder. The second season premieres June 3rd on Apple TV+, with new episodes available every Friday.