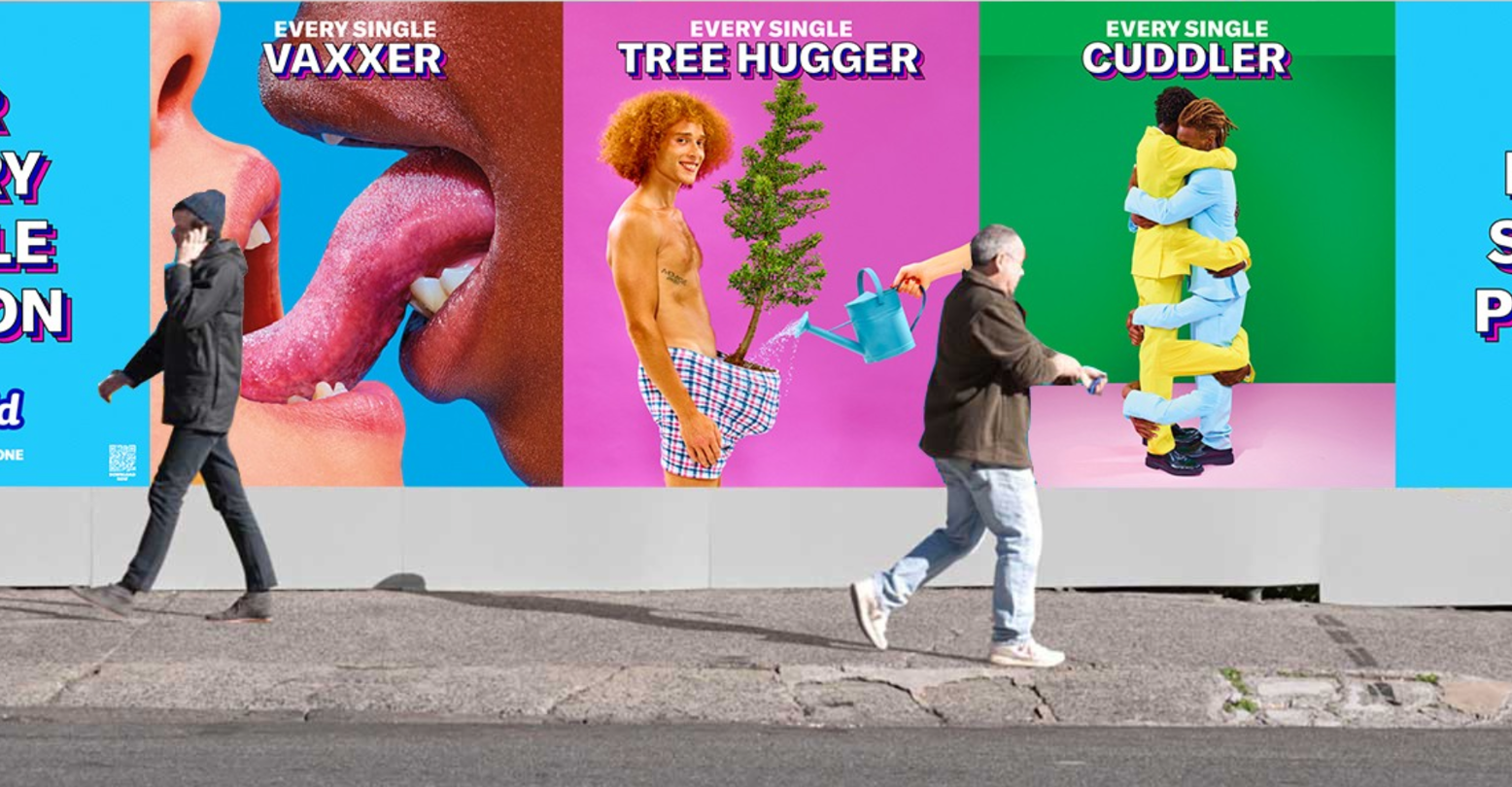 About a week ago, OkCupid released a series of colorful, sex- and vax-positive ads reminding people that it’s time to get back out there. You know, into the dating hellscape! The Every Single Person campaign, designed by the irreverent ad company Mekanism, features bright, suggestive images of folks across the gender and sexuality spectrum. That’s not all: Italian shock artist and Toilet Paper creator Maurizio Cattelan had a hand in each and every weird, cute concept for the campaign. But even though the ads are fairly tame (and kind of goofy!) some people have a bone to pick with the sex-positive campaign.

OKCupid CMO Melissa Hobley told The Drum that the campaign comes with a clear message for folks to get back out there. “As people return to dating, however they feel most comfortable doing so,” she said, “we want this campaign to show everyone – from feminists to introverts to non-binary to pansexuals to vaxxers – that OkCupid is a place where they can feel welcomed. We have always been an exclusively inclusive dating app, and that will never change.”

But in the UK, these images aren’t bringing about the positive response the company had hoped. In fact, according to OKCupid Creative Director Katrina Mustakas, many of the more “provocative” selections were banned from public display in countries outside the U.S.

“When you’re truly inclusive, you’re bound to offend someone. And that’s what happened. Several of our more provocative executions were not approved in many of our placements across New York, LA, and Chicago.” The UK has taken offense as well, leading the company to scramble to find less sexually suggestive images to advertise…a dating app?

The news about L.A., Chicago, and New York ad placements is slightly more alarming, since in all of those cities you can routinely walk by a billboard featuring a buck-naked lady advertising CoolSculpting or some other equally ridiculous concept. I’ve seen naked ladies used to advertise weed, cigarettes, AirBNB, leggings, jewelry, and a million other things that don’t actually need to feature a naked lady in order to sell like hotcakes. So yeah, it’s a little weird. Especially considering that the ads are suggestive, rather than explicit.