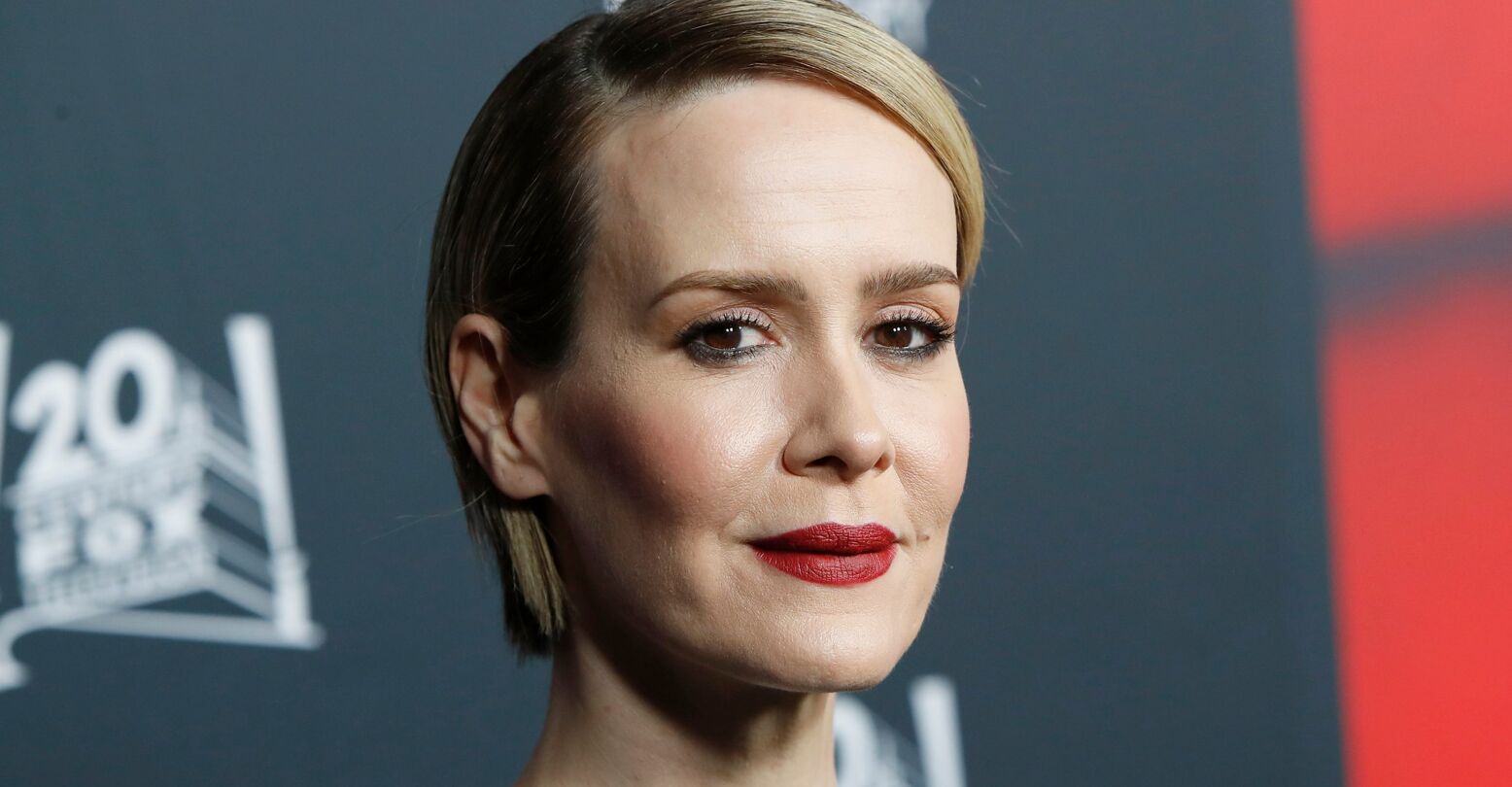 Impeachment: American Crime Story has yet to air on FX, and already Sarah Paulson is facing some very valid criticism for wearing padding to portray Linda Tripp.

During a recent interview with The LA Times, Paulson responded to criticism regarding the initial revelation that she gained 30 lbs and wore about 4.5 lbs of padding for her television transformation to play Monica Lewinsky’s duplicitous White House confidant Linda Tripp.

The actress, who also wore a prosthetic nose and fake teeth, excitedly tweeted a promotional photo of herself as Tripp on set. Almost immediately, Paulson received a quick and important response from the ever-vigilant Twittersphere. Some tweets appropriately point out that rather than having Paulson wear pads, the character of Tripp “could have been a fat actor.” Even more importantly, “This could have been their big breakout role.”

The criticism comes after shooting has already been completed but Paulson is quick to acknowledge her mistakes and even vows against a repeated offense, “You can only learn what you learn when you learn it,” she begins before holding herself accountable, “Should I have known? Abso-fucking-lutely. But I do now. And I wouldn’t make the same choice going forward.”

Alongside claiming personal accountability, Paulson aims to make her personal ignorance into an informative discussion, “There’s a lot of controversy around actors and fat suits, and I think that controversy is a legitimate one. I think fatphobia is real. I think to pretend otherwise causes further harm. And it is a very important conversation to be had.” We can only hope that other stars will learn from the high profile American Horror Story star’s misjudgment and her willingness to publicly address that fatphobia is very real – even if it’s at her own expense.

Still, the critical call-out surrounding Paulson’s casting is certainly indicative of a public desperate for more fat-friendly representation. And when Paulson is seized by a desire to defend herself, she unknowingly fans the fire. Paulson claims the role of Tripp is the challenge of a lifetime – of which she feels she couldn’t refuse. In doing so, she awkwardly attempts to shirk off responsibility, “But that entire responsibility I don’t think falls on the actor for choosing to do something that is arguably—and I’m talking about from the inside out—the challenge of a lifetime.”

Despite my debilitating second-hand embarrassment, Paulson continues to search for leeway, stating: “I would like to believe that there is something in my being that makes me right to play this part. And that the magic of hair and makeup departments and costumers and cinematographers that has been part of moviemaking, and suspension of belief, since the invention of cinema. Was I supposed to say no? This is the question.”

A quick answer as to whether or not she should have taken the role is found in Paulson’s simple acknowledgment that the role itself is “the challenge of a lifetime.” In the confirmation that the position is highly coveted for its complexity, we find validity in the initial criticism made against her. Yes, the position is esteemed and that’s exactly the reason it could have changed an actual fat person’s entire career.

What Paulson fails to acknowledge is that the opportunity of a lifetime she so easily snatched up is of a complexity not often afforded to overweight women; actresses who are doomed to play the fatphobic roles society has deemed “appropriate” for someone of their weight. Anyways, end the monopoly Ryan Murphy has over television and set Sarah Paulson free to fall into obscurity with lesbian indie movies.