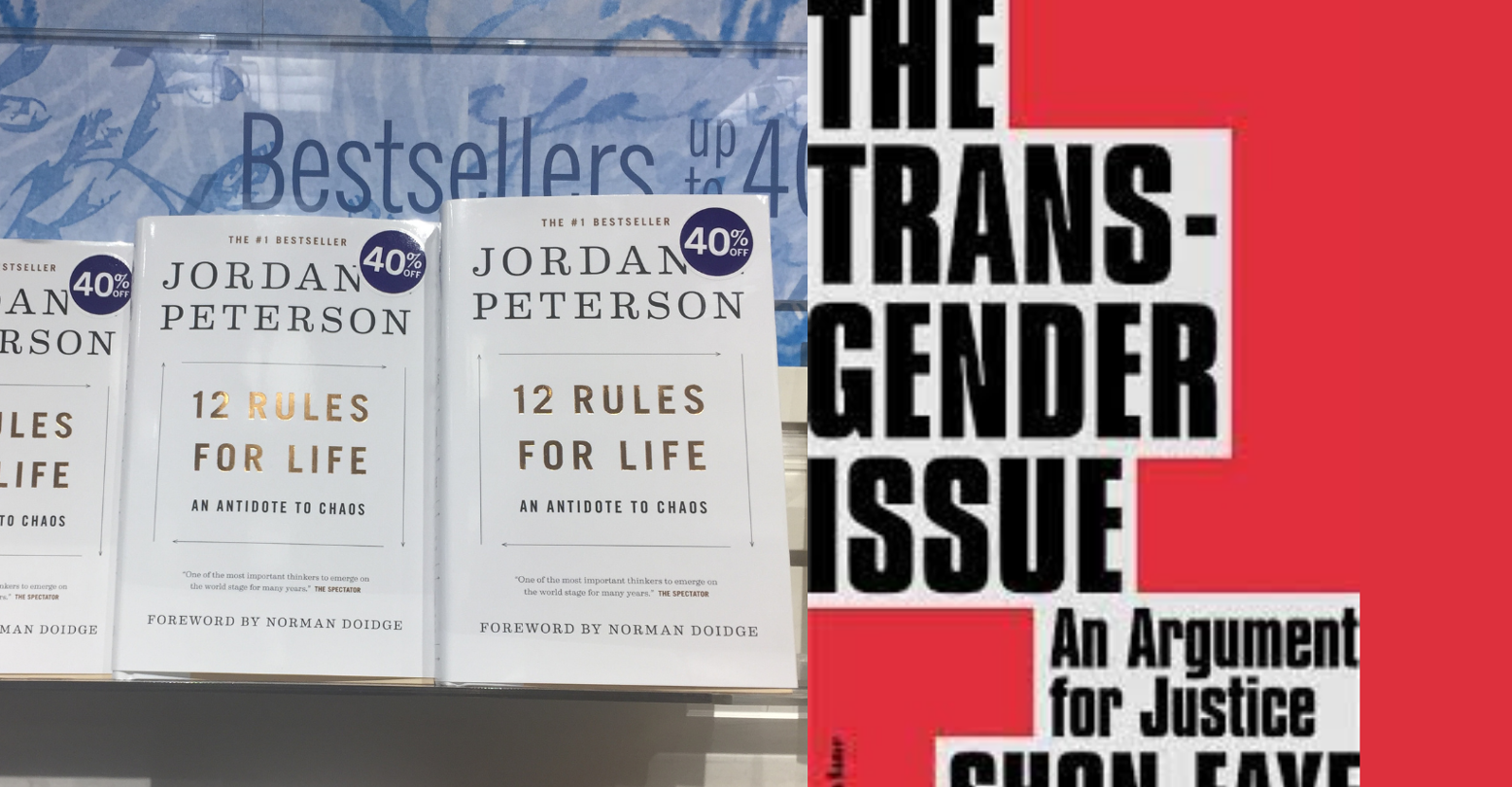 Between spouting gender-essentialist theories and being force-fed steak by his daughter, Jordan Peterson still leads a fairly busy life in the public eye. But not for long: trans author Shon Faye’s The Transgender Issue: An Argument For Justice dropped in the UK on September 3rd, and surprise surprise, it’s bumped Peterson’s book Beyond Order from the #1 spot on the Penguin Press UK Bestsellers list.

So why does this matter?

2021 has been a contentious year for publishing when it comes to “the trans issue.” Last year in the U.S., we saw the publication of Abigail Shrier’s bad faith tract Irreversible, which claimed that the existence of transgender people somehow threatened teenage girls simply by existing. In 2021–which saw a record number of anti-trans bills introduced across the US—libraries, independent booksellers, and even Amazon debated for months about whether or not Shrier’s harmful book should be carried at all.

You can probably guess who won that battle. As of today, Amazon, after a brief, principled stint removing the book from their stock, still carries the book, along with select libraries around the country. But Shrier’s is far from the only anti-trans text out there. If you don’t remember who Jordan Peterson is (you’d be forgiven–it’s been a minute) perhaps you remember 2019’s 12 Rules for Life: An Antidote to Chaos. It’s basically a book about how neo-pronouns are dumb because Men are Men and Women are Women and this has always been so. Or maybe you remember his spirited appearance on The Joe Rogan Experience, in which he spoke about refusing to respect a student’s pronouns. Unfortunately, Peterson published a follow-up, Beyond Order, which has been sitting at the top of the Penguin Press bestseller list since its publication in March. Until now!

Shon Faye took to Twitter this weekend to celebrate boosting Peterson from the top slot:

Good afternoon The Transgender Issue was the highest selling title at Penguin Press this week which means I have knocked Jordan Peterson off the Number 1 slot at my publisher.

Faye’s “The Transgender Issue” is a deliberate lambasting of the way conservatives constantly try to place trans issues: as an “issue” to be “fixed” by cis people. Faye’s book takes on the UK media’s hostile treatment of trans subjects and struggles. Of her subject, she told PinkNews: “Because it’s not sexy, is it – the fact that there’s a long waiting list for the GIC [Gender Identity Clinic] is not the same as getting into a triumphant Twitter war about [notable transphobe] Graham Linehan.” It’s true that fighting for trans rights involves a lot of behind-the-scenes grunt work. It’s not glamorous, and it’s completely exhausting. But Faye, by bumping Peterson from the top spot, shows that the work does, eventually, pay off.