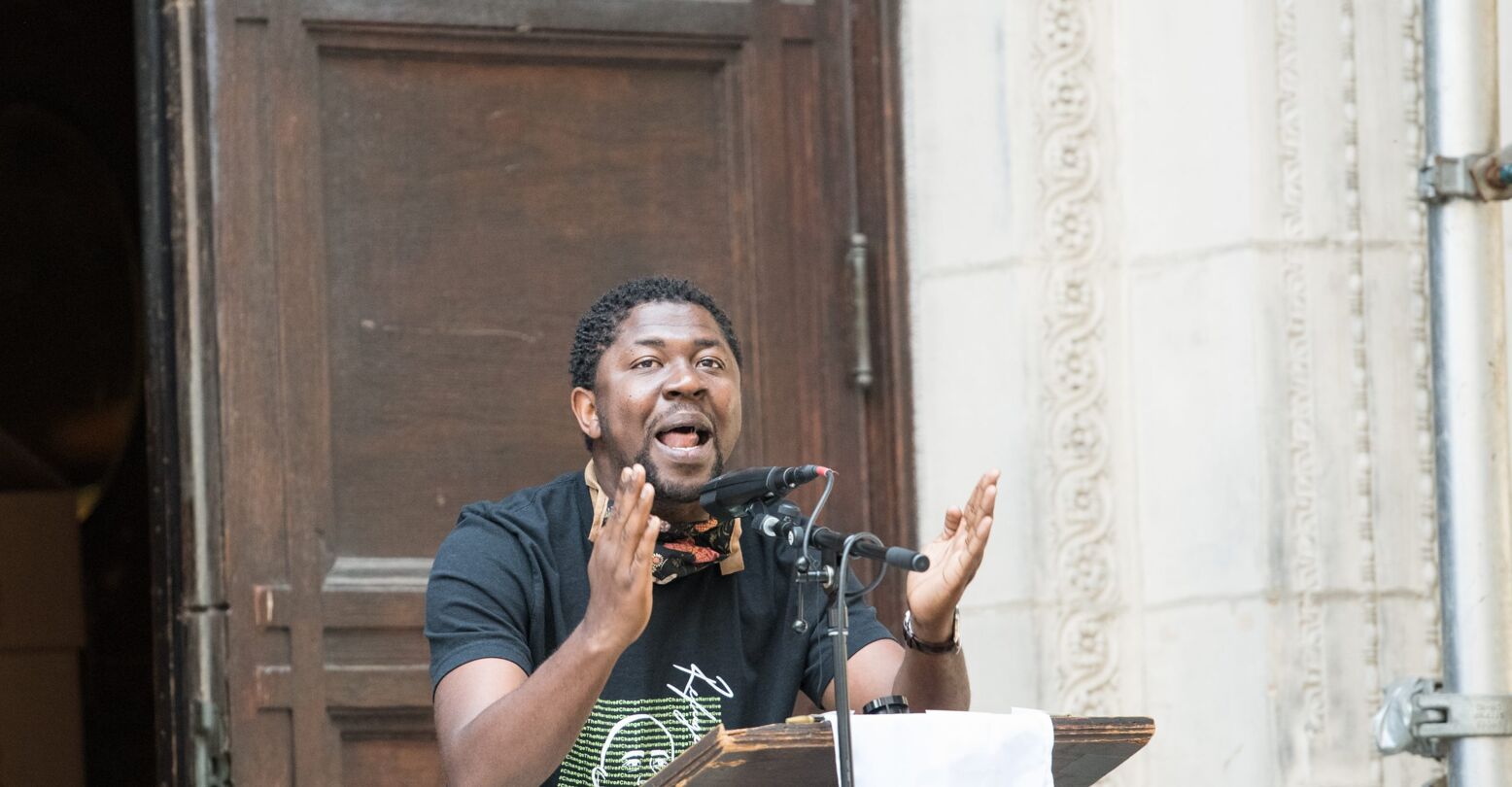 Edafe Okporo, a Nigerian refugee who has gone on to become an activist for LGBTQ+ rights, has been named one of The Advocate’s 2021 People of the Year. The series highlights queer trailblazers who have dedicated their lives towards advancing representation and equality.

When he fled Nigeria to escape oppression, Okporo discovered altogether different obstacles and prejudices in New York City. In particular, finding housing was needlessly challenging. It quickly became apparent that no one else was going to do anything about the situation, so he started the RDJ Refugee Shelter to aid other LGBTQ+ people like himself.

Okporo also recognized that housing is only the beginning. He went on to help asylum seekers break into the job market by becoming the mobilization director for the labor organization Talent Beyond Boundaries. He also founded The Pont (“bridge” in French) whose goal is to serve as a connection point between underserved communities, nonprofits and startups.

Looking back on his journey, he tells The Advocate, “To be a refugee, a gay person, and a Black man in America is not an easy task. You are always fighting for an opportunity to have a seat at the table. When you do get a seat, it becomes your responsibility to build a longer table for others and not a fence. That is what I try to do with my work as an advocate and activist.”

He plans to further elaborate on his life and work through his upcoming memoir, Asylum. The book explores his experience navigating being queer and Black under the shadow of state persecution in Nigeria and systemic racism in the US.

Speaking on what drives his work, Okporo says, “I hope I have contributed to the larger movement of equality for all by showing up and standing up for what is right, even when it is difficult. To show queer people they can pursue their education, keep a full-time job, write a book, be in love with someone that makes them happy [while] simultaneously fighting for a better world.”

Asylum will come out in June through Simon & Schuster press.