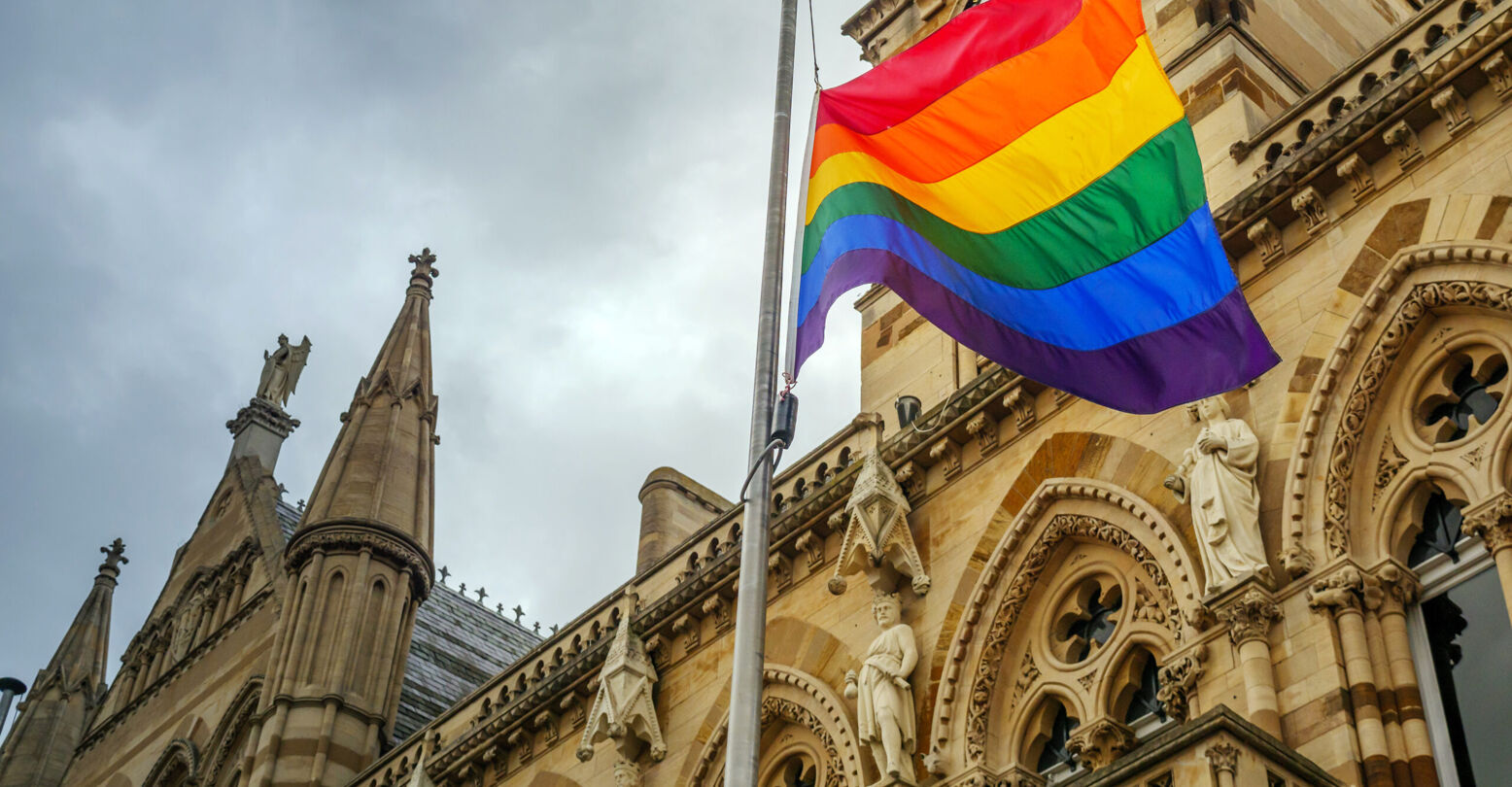 The leaked statement revealed that “the PM has agreed we should not move forward with legislation” to ban conversion therapy specifically as it applies to trans people. Instead, the NHS decided to use “other non-legislative measures” to fight against the practice.

Due to this total 180 reversal, over 80 LGBTQ+ organizations in the UK have joined forces to pull out of the government’s “Safe to Be Me” conference set to take place this summer. Billed as the UK’s first-ever global LGBTQ+ conference, the meeting coincides with London Pride, starting on June 29.

In light of the Prime Minister’s intent to “not move forward” with protections for trans individuals, the LGBTQ+ organization Consortium has released a statement about the decision to pull out of the summer conference. So far, the statement has been co-signed by Black Trans Alliance, Stonewall Housing, and one of the UK’s oldest trans charities, Mermaids.

“As the UK’s first global LGBT+ conference, Safe To Be Me should be a moment for redoubling efforts globally to improve LGBTQ+ people’s rights and experiences,” Stonewall Housing wrote in their own statement. “This is why we have worked hard with government and civil society organizations over the last few months to try to make the conference work.”

The lack of care regarding trans citizens at risk of being forced by family to detransition by way of harmful conversion therapy programs, however, makes attending the conference unconscionable for a growing number of UK LGBTQ+ Organizations.

BREAKING: Over 80 LGBT and HIV organisations in the UK have pulled out of the government’s international LGBT conference this summer due to trans conversion therapy being excluded from the ban.

ITV News Presented Paul Brand called the action “…the biggest backlash from the LGBT community to a government policy since Margaret Thatcher introduced Section 28,” referring to the 1988 measure that banned the “promotion of homosexuality” at the height of the AIDS epidemic.

“Conversion therapy is happening to LGBTQ+ people in the UK right now, and every day without a ban is a day where LGBTQ+ people remain at risk of lifelong harm,” Stonewall Housing’s statement explains. Trans people are amongst the highest risk groups in our community – the latest research from Galop shows that 11% of trans people have been subjected to conversion practices by their own families.”

“Trans people are no less worthy of respect, care & protection than cis LGB people. If the UK Government cannot stand behind & respect all LGBTQ+ people’s fundamental human rights, it shouldn’t be convening an LGBTQ+ rights conference on the global stage.”https://t.co/rExAemGzyt https://t.co/wLzZiuGGr8

Due to the Prime Minister’s broken promise on protecting trans people from the harms of conversion therapy, we regret that we are withdrawing Stonewall’s support for the UK Government’s #SafeToBeMe2022 conference 🧵 pic.twitter.com/ioht3DuwO0

In the wake of last week’s backtracking on conversion practices, we’re joining other LGBTQ+ orgs across the UK in a collective boycott of the ‘Safe to be Me’ conference.