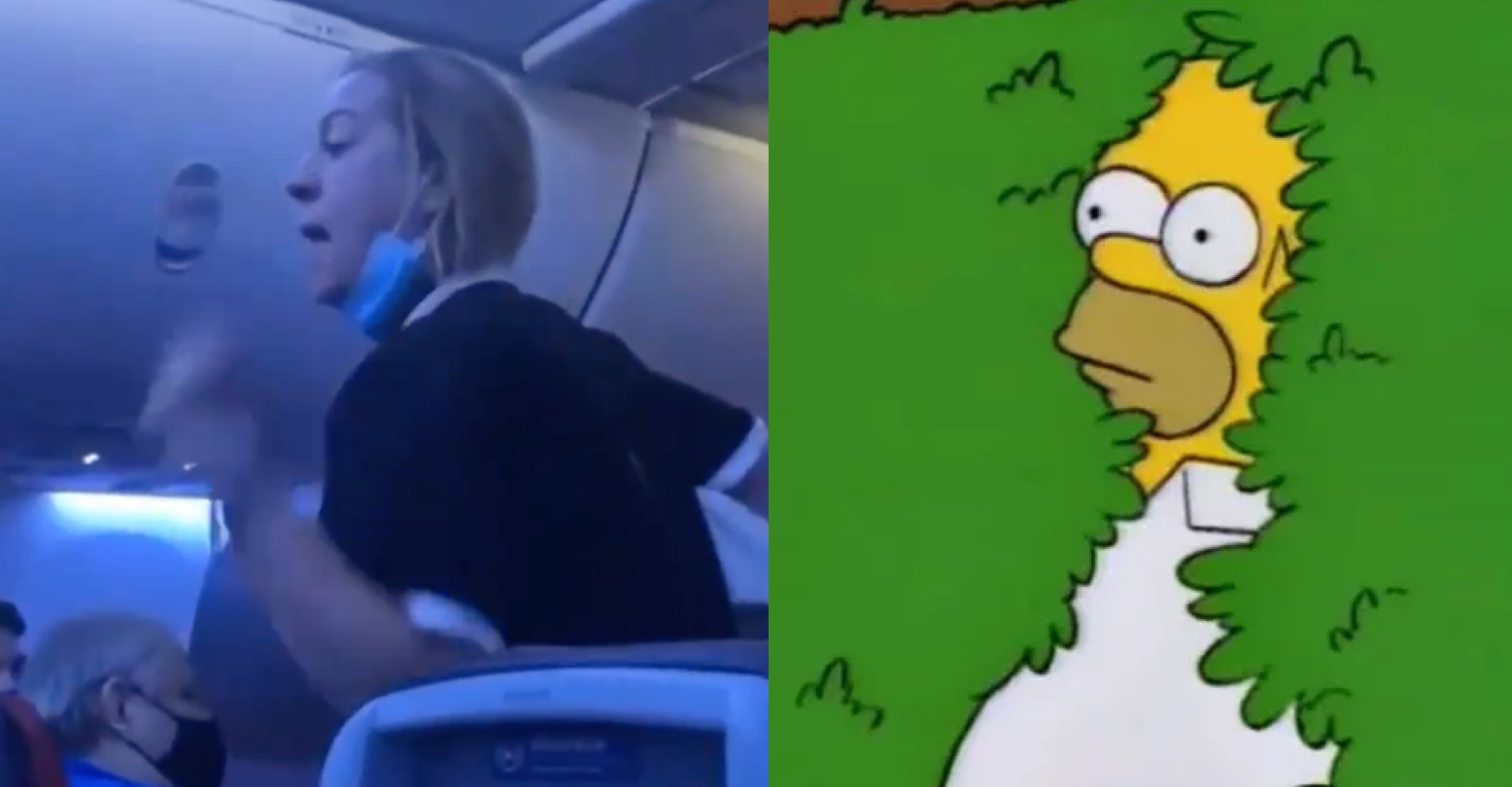 After subjecting an entire plane full of passengers—including children—to a homophobic rant, a woman was kicked off a plane to cheers and applause. Two videos of the incident quickly went viral, and they are equal parts cringe and immensely satisfying.

Dallas Woman and her kids Dragged off of Airplane departing DFW after homophobic rant and attacking passengers pic.twitter.com/mUNCspvc95

The bigot in question was (surprise!) a white woman whose mask had been pulled down—presumably to help us identify her. She was aboard a flight bound for Dallas International Airport, but according to The Dallas Morning News the exact airline cannot be specified.

It is unclear what set her off, but the first video (now made private on YouTube) catches her hurling homophobic slurs at the entire cabin. Much of the rant is thankfully incoherent as it is being drowned out by sounds of disapproval from the other filming passengers. One passenger is heard shouting, “No one wants to listen to your bigotry. Get off the plane,” at which point she and her party are escorted off.

But like a monster at the end of a horror movie, she returns. A second video shows her back in the aisle, ranting now about…Disney? “You corrupted Disney. You think I talk to my kids about same-sex marriage?”

Is it worth trying to figure out which one of Disney’s very, very indirect queer references she is angry about? Probably not, but we can venture a guess anyway.

Before we can get to the bottom of her super logical Disney grievances, she is once again removed, for good this time. As a flight attendant drags her away, a passenger shouts, “I’m a married lesbian who fought for this country—please get off the plane!”

While the YouTube video alleges that she is a North Texas Real Estate agent, her identity has not yet been confirmed. For now, we’ll have to live with the satisfaction that this bigot’s day did not get a happy-ever-after.♦