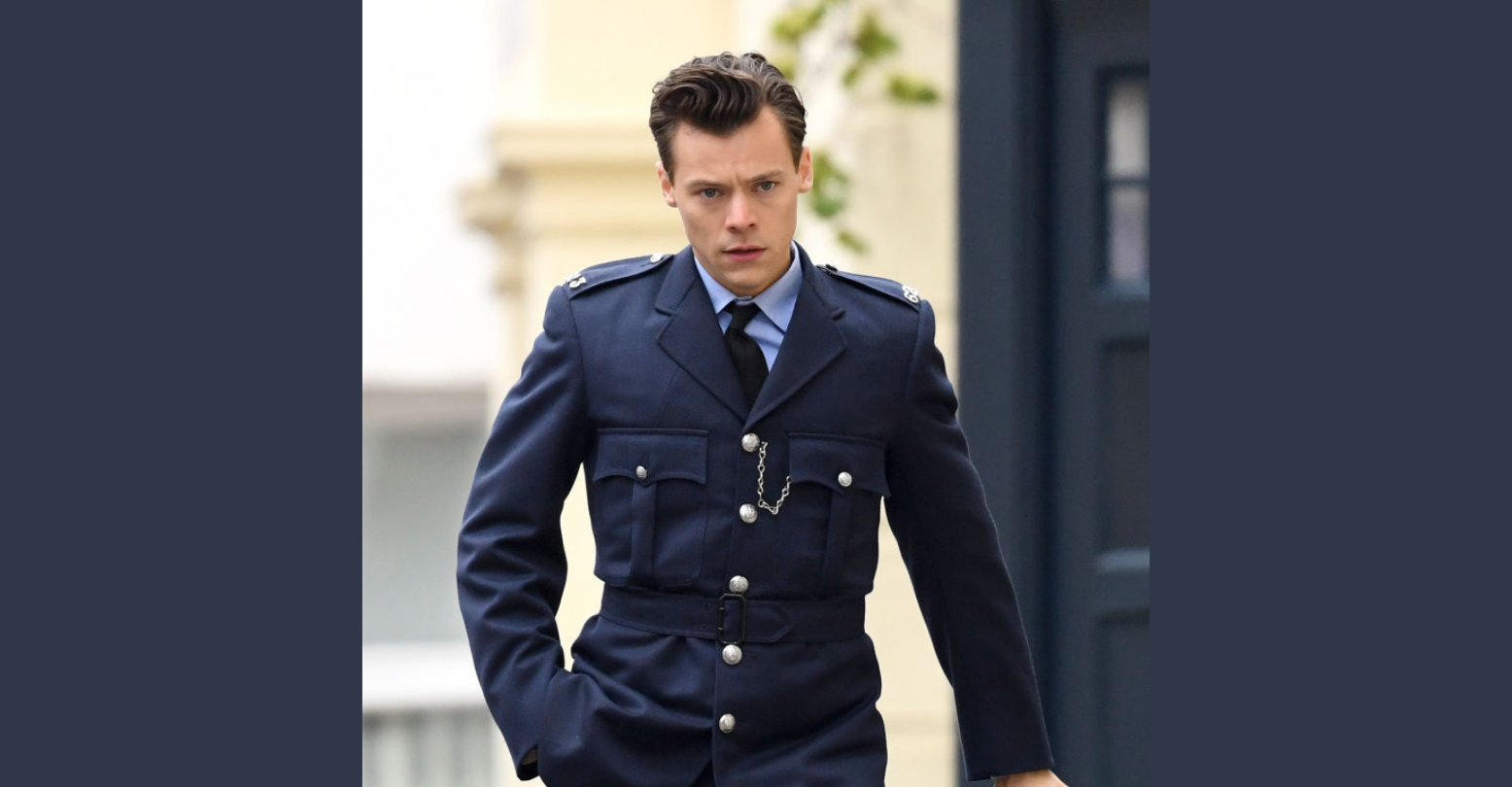 New photos have surfaced of musician-turned-actor Harry Styles on the sets of his most recent films.

After making his acting debut in Christopher Nolan’s Dunkirk in 2017, Styles was recently inducted into the MCU as Eros, brother of Thanos, in an after-credits cameo in Eternals. In honor of the film coming to Disney Plus last week, co-star Gemma Chan posted behind-the-scenes photos of Styles and other cast members.

Styles is also set to portray his first queer character in the upcoming gay romance My Policeman. Based on Bethan Roberts’s novel of the same name (which was itself based on true story), the film is largely set in 1950s Brighton, when sodomy and “gross indecency” laws were still in effect. Tom Burgess (Styles) is a closeted police officer who marries a school teacher named Marion Taylor (The Crown’s Emma Corrin). Shortly afterwards, he begins an affair with museum curator Patrick Hazelwood (David Dawson). When Marion discovers the affair, she attempts to have Tom arrested.

In addition to drama and intrigue, the film is reportedly not shying away from sexuality. An insider source told The Sun that there will be at least two passionate sex scenes between Styles and Dawson. “Not much is going to be left to the imagination,” the source said.

New photos have surfaced showing Styles alongside Corrin keeping warm on the beach in a stylish Dryrobe coat. Previously, photos of Styles in a period police uniform set loins ablaze across the Internet.

My Policeman is being helmed by out director Michael Grandage and produced by Amazon Studios. Filming began in April 2021 and we can expect it to hit Amazon Prime Video sometime this year.