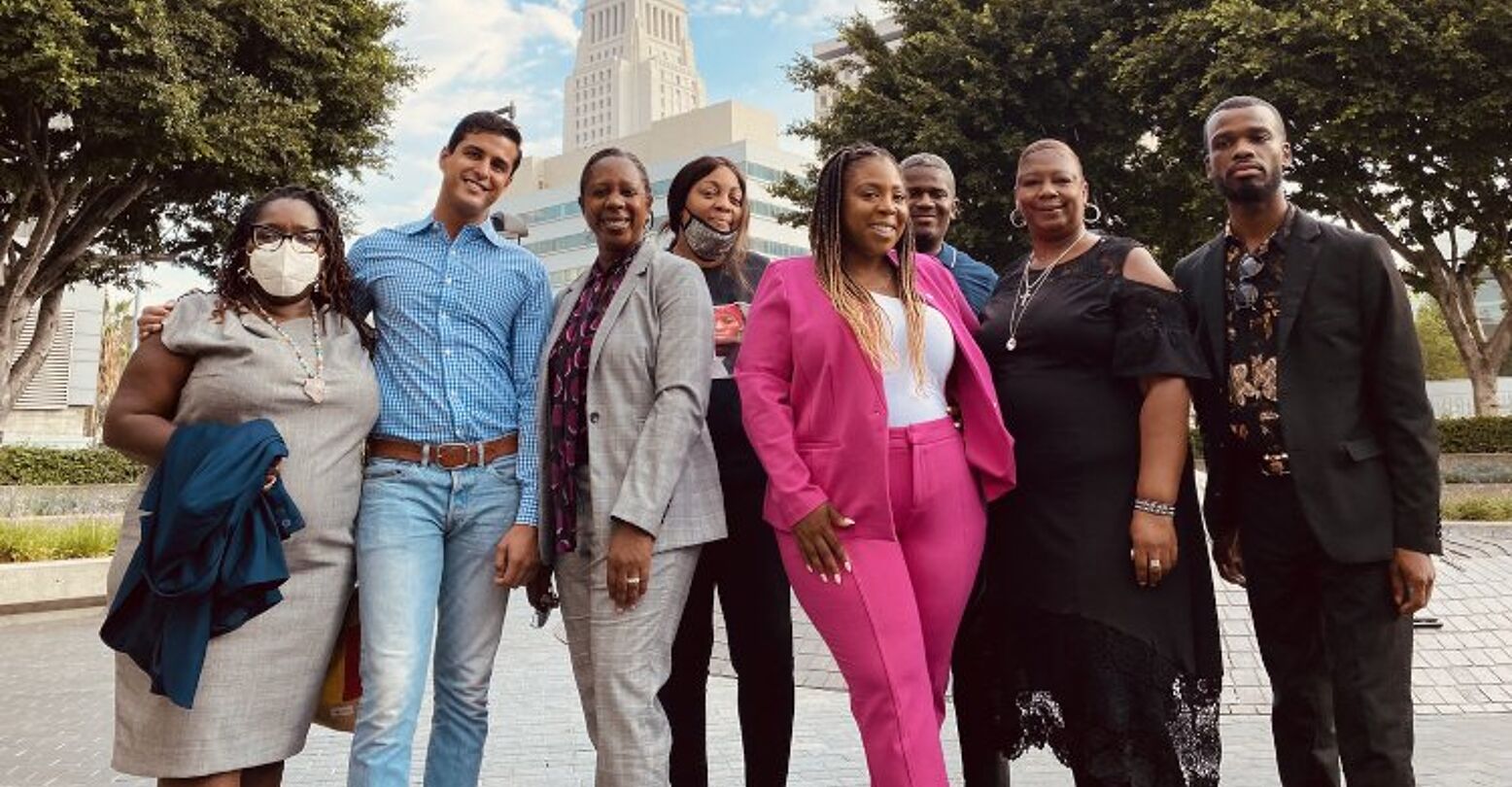 On Tuesday, a federal jury convicted Democratic donor Ed Buck of nine felony counts. After a two-week trial and over four hours of jury deliberation, the 66-year-old is looking at a potential life sentence. The verdict comes in four years after 26-year-old Gemmel Moore was found dead of an overdose in Buck’s West Hollywood apartment. Buck’s other victim, Timothy Dean, was found dead of an overdose in 2019.

Today is also the 4th anniversary of the death of Gemmel Moore. Below is a page from his journal.

This victory, however, has been a long time coming. LA-based reporter Jasmyne Cannick, who has been covering the Buck story for years, wrote on Twitter after the verdict came in that she faced opposition by former Los Angeles District Attorney Jackie Lacey, who reportedly didn’t believe Buck could be prosecuted properly due to a lack of evidence. That wasn’t the only roadblock Cannick and the victims’ families faced. “Four years of trying to get people to care about the unhoused Black gay men being preyed on by a white gay Democratic donor in West Hollywood,” Cannick wrote on her website before the verdict. “Four years of having mainstream media organizations being more concerned about Ed Buck suing them than telling the truth about what was happening. Four years of silence from white LGBTQ groups–who only upon being pushed–would even acknowledge Ed Buck and it always seemed to be reluctantly. Four years of everyone wanting to give the white man the benefit of the doubt because his victims were Black survival sex workers and escorts.”

For years, Buck targeted vulnerable Black men in the queer community, injecting them with drugs leading to at least two deaths and several overdoses. From the start, the case has brought to light everything that’s wrong with not just the legal system, but the way media (including queer media) chooses to cover, or not cover, certain stories. Cannick has taken the case into her own hands, delivering daily court coverage of the trial for the past two weeks, from jury deliberations to the final verdict.

Morning y’all. I am still tired but up trying to get everyone what they need. I also gotta get back to the life that makes sure I am not homeless my damn self. I sat in court for two weeks straight. I don’t get paid to be a journalist or report the news.

Buck’s enablers, along with his standing in West Hollywood, meant that a guilty verdict wasn’t always a sure thing. Making matters more complicated was the fact that O.J. Simpson attorney Christopher Darden represented Buck in court.

Testimony from past victims, however, showed the jury the intention behind Buck’s killings. One witness, Dane Brown, broke down how Buck found him in 2019 through the Adam4Adam site. Brown was living on Skid Row at the time, and moved in with Buck during the summer of 2019. His stay ended in two back-to-back overdoses at Buck’s apartment that September. After injecting Brown with meth for five days straight, Buck refused to call an ambulance when Brown overdosed, leaving him to fend for himself. He had to walk to a gas station to call 911.

“This man did some terrible things to human beings,” Timothy Dean’s sister Joann Campbell said after the verdict was delivered. Dean’s other sister, Joyce Jackson, echoed this sentiment. “Ed Buck will never harm anyone else, and I thank God for that.”