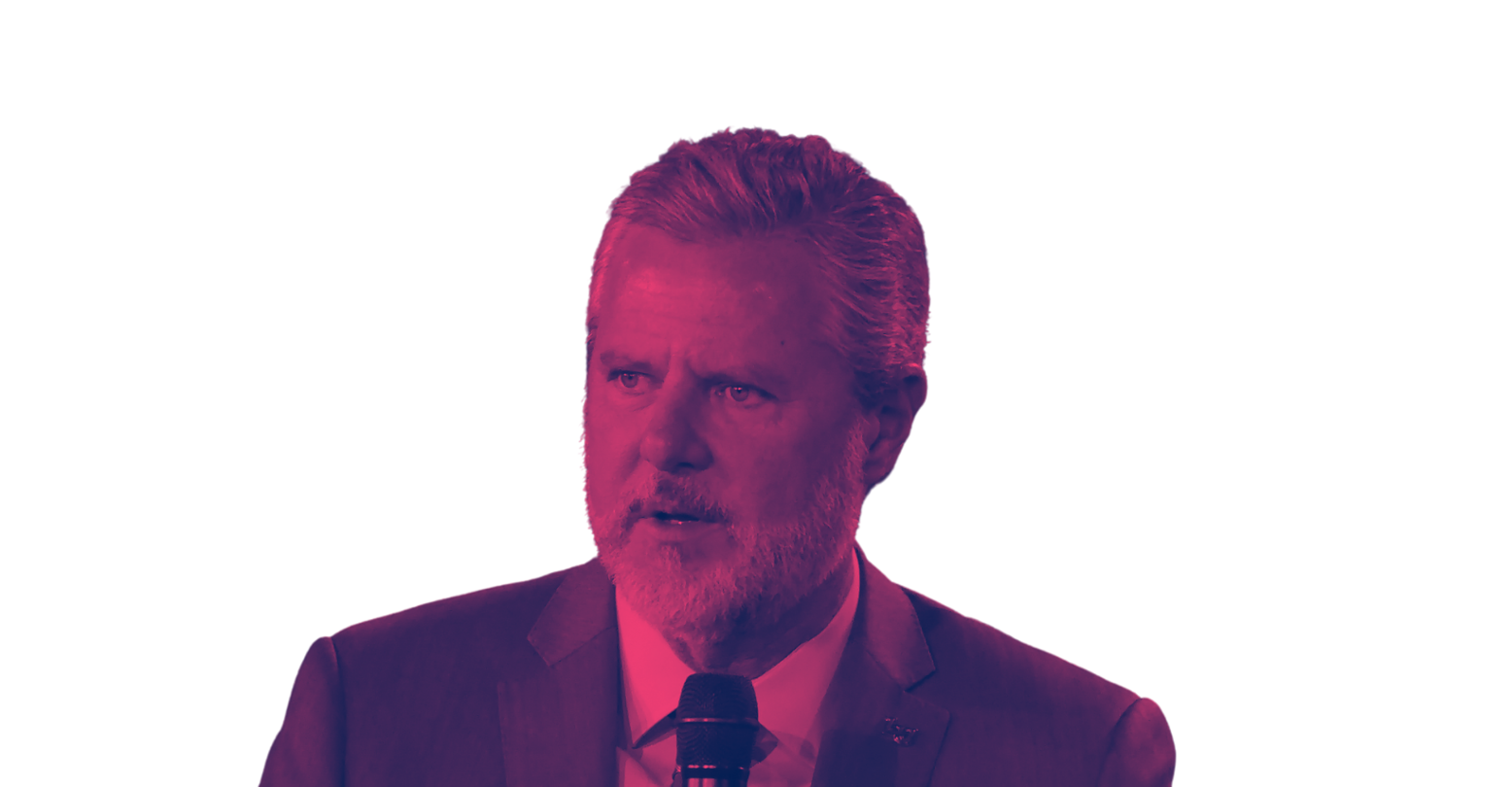 From all appearances, the Covid-19 party of the year took place last night in Lynchburg, VA, and the guest of honor was none other than Jerry Falwell Jr. himself.

A video surfaced earlier today of a Liberty University student party that Falwell Jr. allegedly crashed. The party, which was apparently intended to be a student comedy show, took place not far from an off-campus student house near Liberty, where Falwell Jr. recently stepped down as president.

Last night Jerry Falwell Jr. showed up at a @LibertyU party and invited seniors to an end-of-the-year bash at his house, saying, “We’re going to have the real Liberty graduation.” 🤠🤠🤠🤠🤠🤠🤠🤠 pic.twitter.com/MCIWdxb5rg

In the video, Falwell Jr. stands before a group of students, grabs a microphone, and invites the soon-to-be-graduating class to his home for an end-of-the-year bash. “We’re going to have the real Liberty graduation,” Falwell says. Despite it being a comedy show, Falwell Jr. was allegedly deadly serious about having Liberty students come to his private residence.

This comes in the wake of Liberty leveling a $10 million lawsuit against Falwell Jr. Among other accusations, the suit cites conspiracy and breach of contract as the grounds for the case, as it relates to an alleged sex scandal between Falwell Jr., Becki Falwell to whom he’s married, and Giancarlo Granda, the now notorious “pool boy” who the Falwells met while at a lascivious Miami resort several years back.

As Save71—a group of Liberty alumni advocating for reform at Liberty—recently tweeted about the now-viral video: “Less than a year ago, his wife Becki Falwell was accused of sexually preying on a student, and both Falwells were accused of joking about students they would like to have sex with. @LibertyU has not addressed either allegation.” It is thus quite unsettling for him to invite graduating seniors to a party chez-Falwell.

Shortly after he left his post as president at Liberty, the world’s largest Christian university, reports of Falwell Jr.’s alleged excessive drinking leaked.

After watching the video, questions abound: How did Falwell Jr. find out about the party? How did he get to this party? Were the student comedian’s jokes as funny as Falwell Jr.’s speech?

However, what does one expect from a man who has a history of racist tweeting, transphobia, shady business deals, and running a school with a conversion “therapy” program?

The short answer, strikingly akin to the long answer, is not much.

Lucas Wilson is a Ph.D. Candidate in Comparative Studies at Florida Atlantic University, a Dissertation Fellow through the Honor Society of Phi Kappa Phi, and a Sessional Lecturer at the University of Toronto. He lives in Toronto, ON.