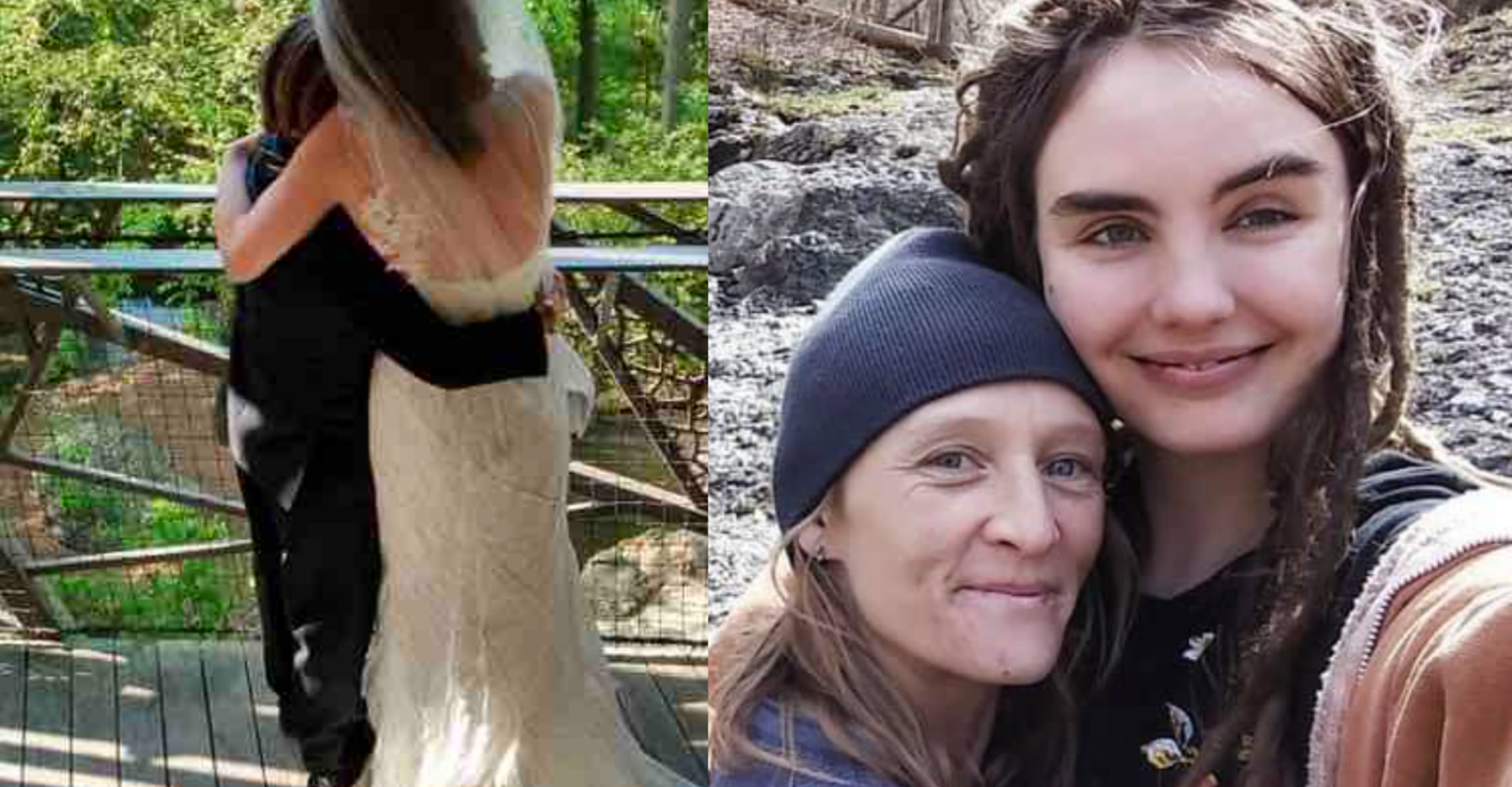 Last week, married lesbian couple Kylen Schulte (24) and Crystal Turner (38) set off for a camping trip in the Grand County outback, not far from their home in Moab, Utah. The two were newlyweds who were well-known in their small community. Their families last saw the pair on August 14th, where the couple enjoyed a drink at Woody’s Tavern on Moab’s Main Street before setting off for a camping trip in the mountains. When the two didn’t show up for work on Monday, the community began to worry.

The couple was experiencing houselessness at the time. When Cindy Sue Hunter, a mutual friend, started to search for them on the 14th, she noticed the couples’ van and motorcycle parked outside the McDonalds where Turner worked. At first, she was “looking for an accident,” expecting to find the two crashed on the side of the road. When Hunter got up into the mountains, she received intel from Kylen Schulte’s father Sean-Paul that he’d received a text earlier from the pair talking about a “creeper dude” near the campsite that caused them to move. Hunter finally saw the couple’s car parked near Warner Lake, and called the police at once.

On August 18th, after a police search, the couple were found dead of gunshot wounds. While the motive for the double homicide is still unknown, Kylen Schulte’s aunt Bridget Calvert confirmed in a Wednesday Facebook post that the women saw a “creep” lingering near their campsite.

“Kylen and Crystal told close friends that there was a weirdo camping near them that was freaking them out!!!” Calvert posted, “And that they should move campsites. Now they have been missing for over four days and nights!”

Police are still looking for suspects in the case, and so far have come up empty. Calvert, along with friends of the couple, created the “Justice for Kylen and Crystal” Facebook page as well as a GoFundMe to cover the funeral expenses. Schulte’s father Sean-Paul lost another child previously to gun violence: in 2015,

“Moab unexpectedly lost two of its bright members this week, newlyweds Kylen and Crystal,” a friend posted on the page after the bodies were found. “As much as the tragedy has greatly shaken our community, their families are now faced with all the sudden funeral expenses as they process their fresh grief. Help take some stress off the family by donating what you can.”

Turner and Schulte were beloved members of the community, frequenting town haunts like Woody’s Bar and City Market. Turner, originally from Arkansas, worked at the local McDonalds, while Schulte worked at Moonflower Co-op. The two met in 2019 and made a home together in Moab, which hosts a well-attended pride parade each year.

Still, Moab could often show a conservative side. A few weeks ago, a teen was arrested and charged with a “hate crime” for defacing a “Back the Blue” sign in front of his high school. Moab hikers and nature enthusiasts have reported disturbingly racist and off-color nicknames for local climbing spots in the past few years, showing that rural Moab may not be as liberal as its town center.

Police are still investigating the double homicide, according to the Grand County Sheriff’s Office.