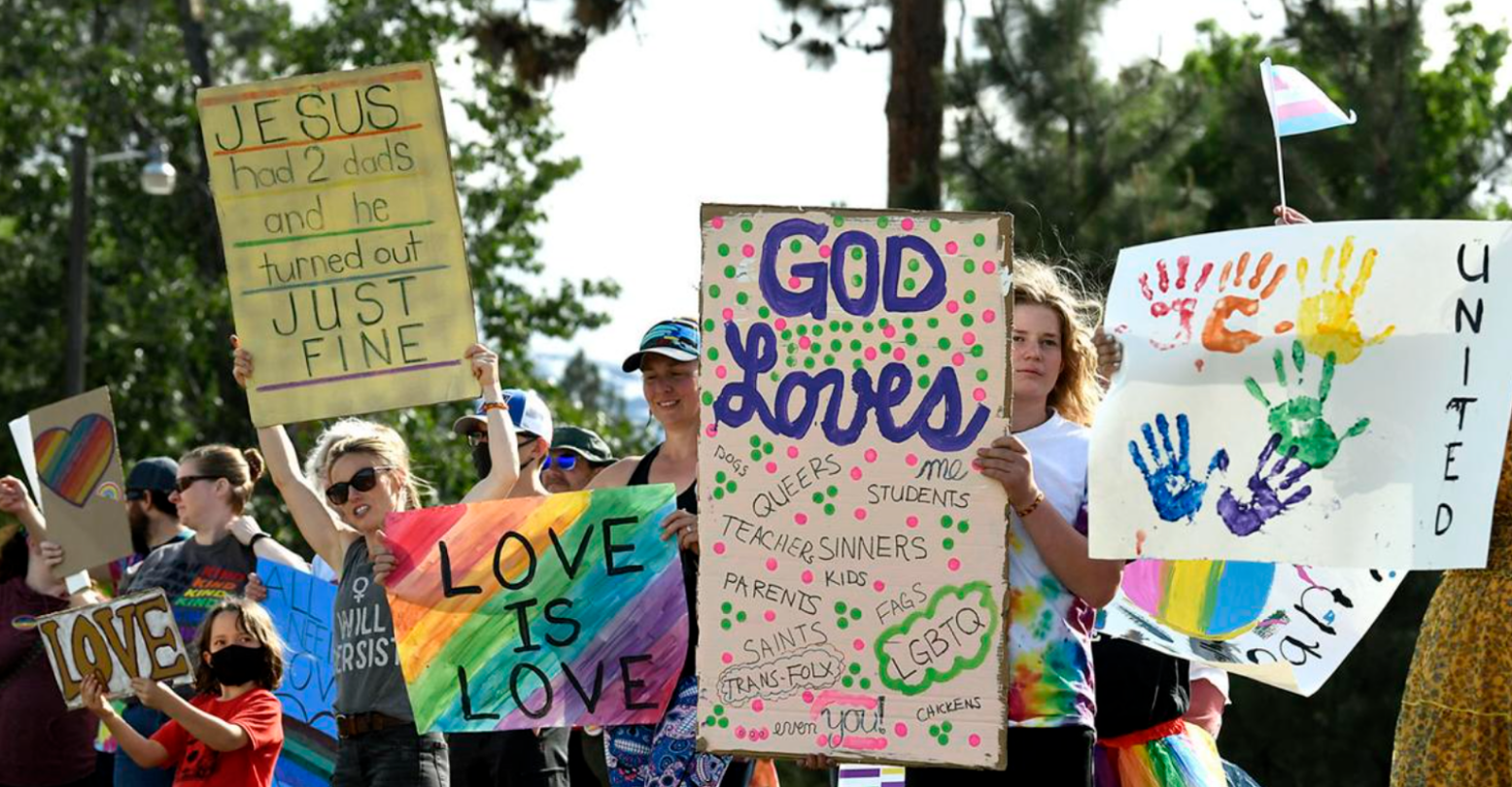 In Florence-Carlton High School in Montana, the heated debate over a Gay-Straight Alliance continues.

The meeting, originally set for the school gym, was moved to Zoom for safety reasons. https://t.co/4NnUWFwUZN

The conversation surrounding the school’s barely year-old GSA has been circulating since a May school board meeting, in which members voted to pass a proposal requiring parental sign-off for students looking to join all extracurricular clubs, including the GSA. When the parents got involved, however, things took a dramatic turn. A Tuesday meeting to discuss the controversial policy had to be moved online when parents started threatening to bring firearms to the meeting. A social media post went out on Monday explaining that the media would be moved to Zoom due to “reports that individuals will be bringing firearms onto school property tonight for our meeting,” according to local outlet 8-KPAX. In the Zoom meeting, over 220 people logged on for five hours to decide whether or not parental permission should be a requirement for joining the Florence-Carlton High School Gay-Straight Alliance.

One parent, a frequent poster on the conservative Stand Together for Freedom LLC – STFF Facebook group told the board that students under 18 have “no rights.” She continued, explaining: “The school has no business taking those rights away from the parents and giving them to the children,” Lackey said. “My children had no rights unless I gave them to them, they had the right to do things when I gave them permission.” Someone from the Stand Together for Freedom Group recently posted an image stating that the rainbow is “symbol of God, not Pride.” It asks parents of Florence-Carlton High School students to show up and “demand no gay clubs on school property.”

The issue has since been tabled by the school board. Meanwhile, Montana’s anti-trans sports bill, also targeting queer and trans teens, was signed into law in May.