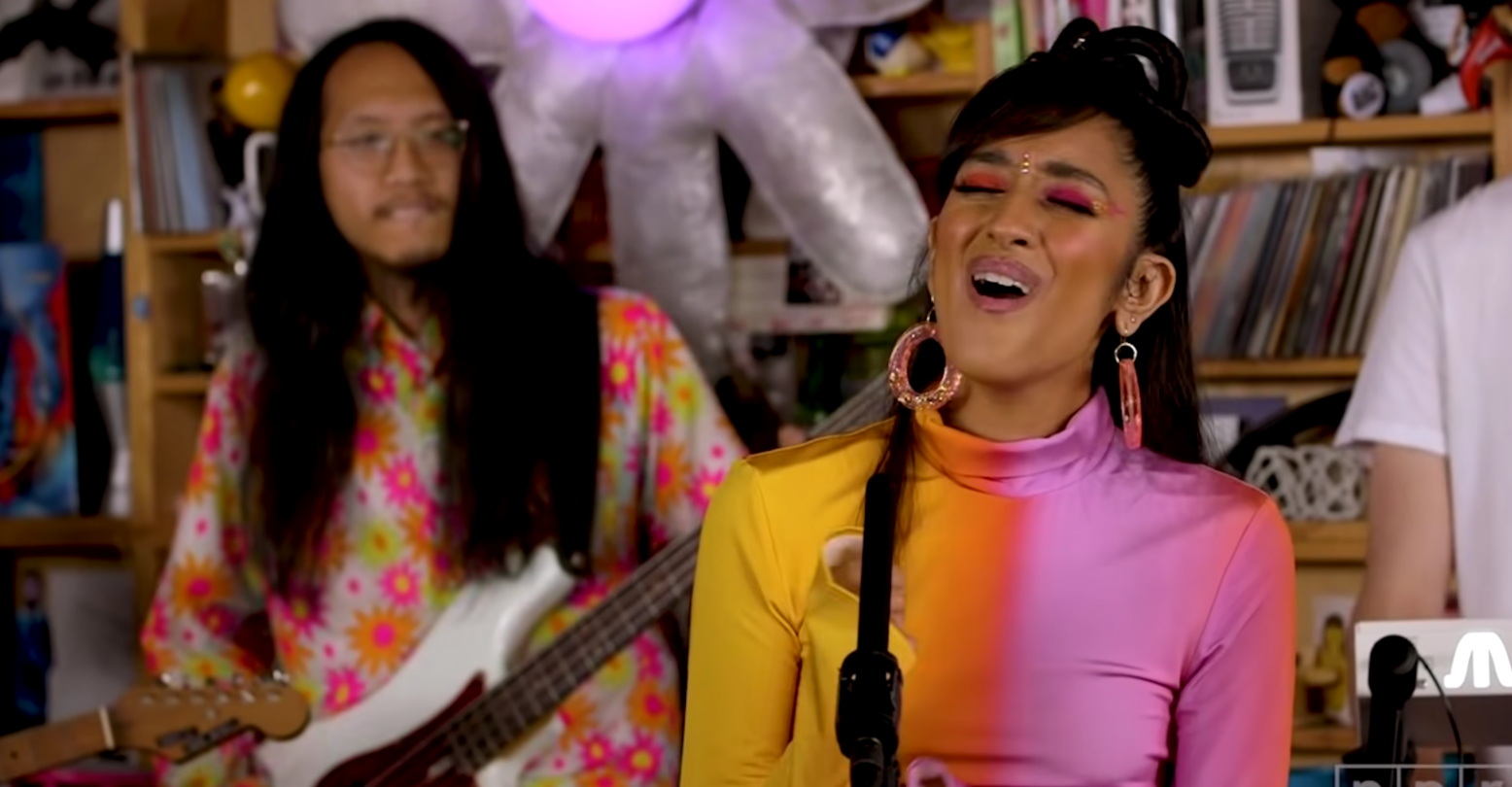 Pride season is upon us! That means that we’re in for an entire month of spontaneous comings-out…that is, if all goes to plan. Last night, singer-songwriter Raveena kicked the month off in style by announcing (sort of?) that she thinks she’s actually pansexual.

So why is this a big deal? Well, it’s a broadening of Raveena’s understanding of her own sexuality. And while the switch from “bi” to “pan” might not feel huge, for the trans community, it makes a huge difference.

The word “bisexual,” while perfectly serviceable, points to an attraction to two different genders. It comes from the Latin root word “bi,” literally meaning “two.” So where does that leave folks who not only believe that there are way more than two genders, but find their own gender somewhere in between (or outside of!) the twin poles of “male” and “female.”

Don’t get me wrong; bisexuality is perfectly valid and queer and wonderful. But it still only references two genders: male and female. So when we, as trans, nonbinary, or gender-nonconforming folks, see a “bi” label, we often assume it just doesn’t include us. Or that if it does include trans folks, it’s only the folks who have decided to live firmly within the gender binary.

As “Sissy” author Jacob Tobia once wrote in a 2018 diary entry: “As someone who has spent the greater part of a decade being sexually neglected because I don’t perform gender properly, my standards are comically low.” When we’re not seen as potential romantic partners or sexual prospects, we begin to do our own kind of self-erasure. We lower our standards, start assuming that nobody wants us, and end up entering into the same sad relationships over and over again.

It’s not anyone’s fault, but that legacy of pain and rejection is often what comes to mind when I, as a trans person, see the word “bi.” And I know I’m not alone.

When Raveena softly made the switch from “bi” to “pan” last night, fans were thrilled, to say the least. “that sounds very you,” wrote one commenter, while another posted the pansexual flag and wrote “welcome to the club.”

Pride is off to a way cooler start than we imagined.