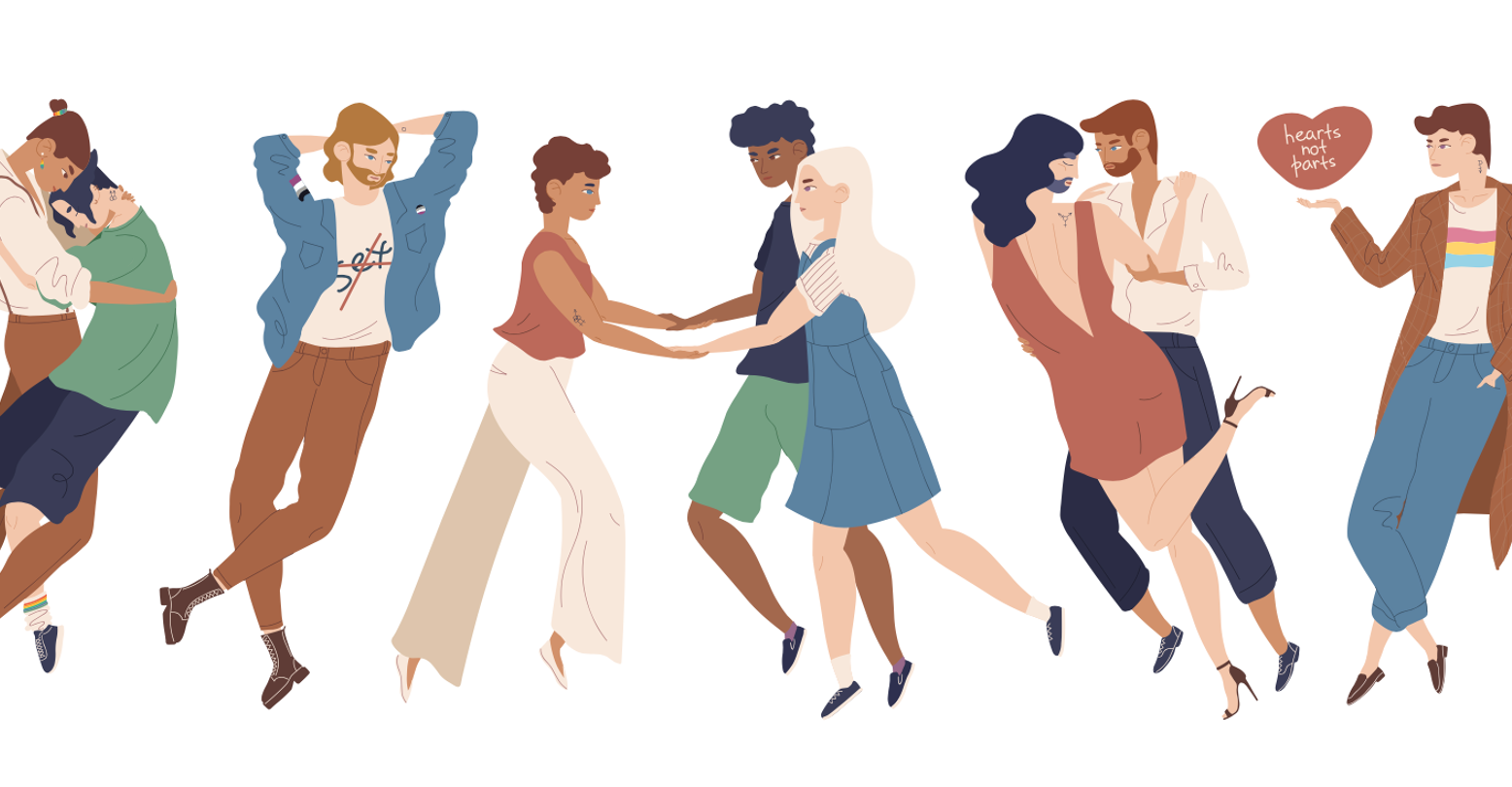 Good afternoon to the gays and only gays–which actually encompasses a much wider range of adults than you might imagine! Today, PinkNews reported that according to a recent study by Scientific Reports, folks who identify as straight might be a lot more sexually fluid than they let on.

Now this should come as no surprise to us queer folks, because “straight” is a construct and nobody ever truly knows what the hell is going on with their own sexuality. At least, that’s how I feel about it. As Gore Vidal memorably put it in his 1981 essay “Pink Triangle and Yellow Star,”: “the American passion for categorizing has now managed to create two nonexistent categories— gay and straight…But since everyone is a mixture of inclinations, the categories keep breaking down.”

Vidal believed that no one was completely straight— only that they hadn’t yet met a person of the same sex that could turn them on. And while that idea can be tricky, it’s pretty expansive. The study from Scientific Reports reveals, however, that out of 180 student participants, even those who identified as 100% straight experienced levels of arousal while watching individuals of the same sex as themselves perform sexual acts onscreen.

Students who identified as more conservative politically, however, were less likely to have this response.

A second study was also conducted, this time with a larger pool of 460 individuals of different ages and occupations. After being given articles to read either about how sexual attraction is a continuum rather than a fixed identity, 36% of respondents identified as “non-exclusively straight.” 41% of respondents claimed to be “uncertain” of their heterosexuality.

So what does it all mean? Well, it just shows what gay people have known all along. Sexuality is a spectrum, and the categories of “straight” and “gay” are a lot less fixed than we think. Which is pretty cool, considering that Gen Z already understands that eschewing labels in favor of a more relaxed approach to sexuality is probably a healthier, more inclusive way to think about things.

“Did we change people’s sexual orientation via our interventions? Surely not,” lead study author Dr James Morandini explained in a statement. “I think our study may have changed how people interpreted their underlying sexual feelings. This means two people with identical sexual orientations could describe their sexual orientation quite differently, depending on whether they have been exposed to fluid or continuous ways of understanding sexuality.”