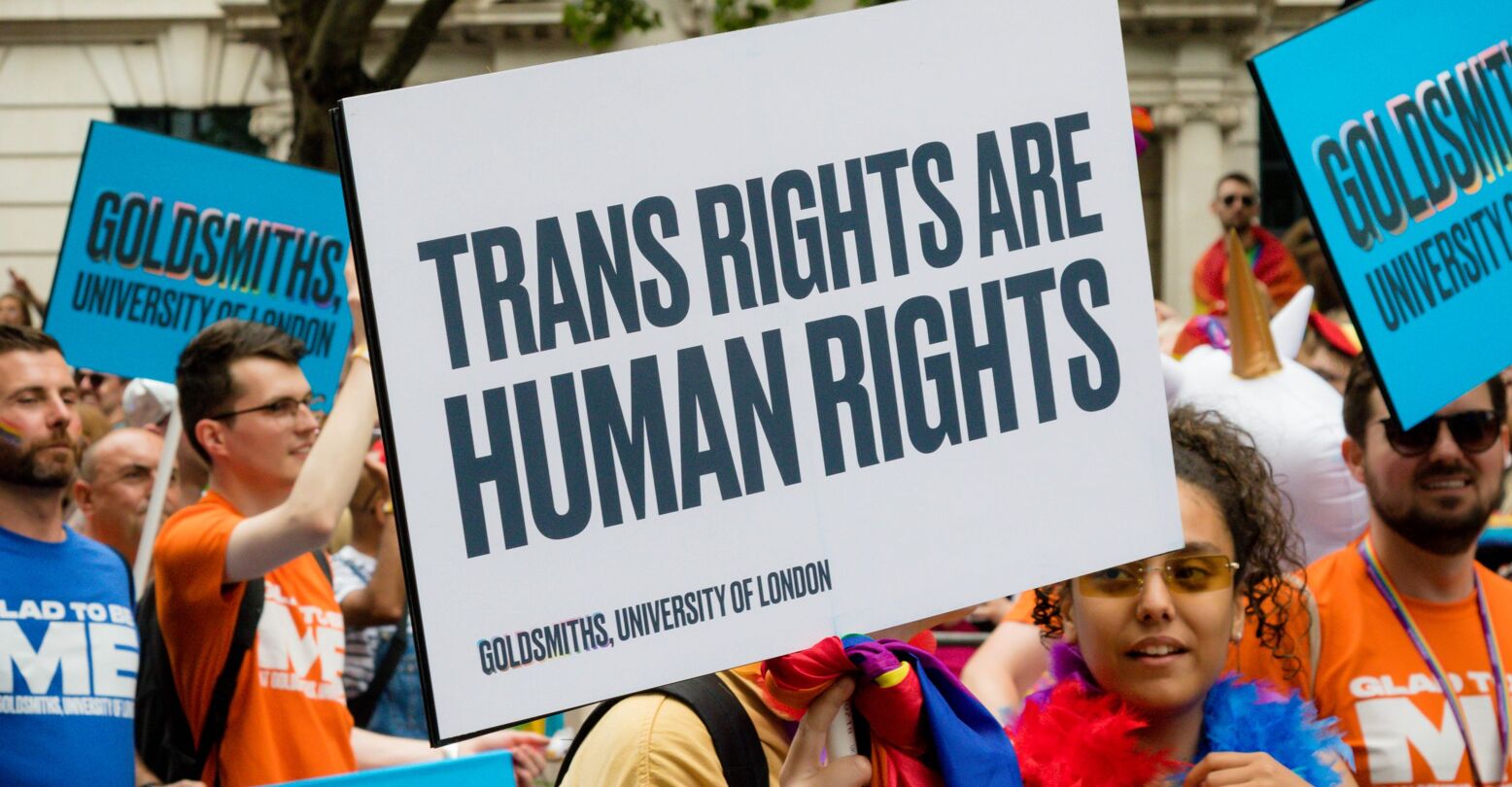 A transphobic sign in a Star Wars shop has sparked a debate over free speech in a small Washington city.

Tiesa Meskis, a trans city councilor, confronted Don Sucher, the owner of Sucher & Sons Star Wars Shop in Aberdeen, Washington, over a transphobic sign he had posted in the store. The sign read, “If you are born with a dick, you are not a chick.”

Meskis argued with Sucher in the shop, a confrontation that was caught on camera and has since gone viral. In the video, Meskis says, “Trans women are women. That sign is bullshit.” Sucher replies, “You are nuts.” Sucher also spouts plenty of transphobic insults at Meskis, including telling her that she’s “not a woman.”

In an interview with local news station King 5, Meskis said, “What he wrote there was so demeaning and so dismissive of who I am, who any trans woman is.”

“I don’t care what they do, but don’t come in here and complain to me about stuff,” said Sucher in another interview with King 5. “I have free speech,”

Meskis said she respects Sucher’s right to free speech, but she wanted him to know how hurtful his sign was. “We are people. We are who we are and we all want to be accepted in our community,” she said.

Sucher made clear that he doesn’t care about Meskis’ feelings. “I don’t give a shit about feelings anymore,” he said. “I went to Vietnam to fight for all this shit. Do you think I care about some shit feeling? Absolutely not!”

Both sides have received outside support, and protestors gathered outside the Star Wars shop on Saturday morning. Local newspaper The Chronicle reported that 30 to 50 people showed up in support of Sucher, waving American and anti-Antifa flags. Approximately a dozen people protested in support of Meskis, who had originally planned a larger protest but called it off.

The sign is still up inside Sucher’s shop. But Meskis isn’t letting the backlash stop her. On Friday, she tweeted, “I am very overwhelmed at the support I, and my partner, have received. It far outweighs the hate and gives us strength! Thank you all, much love to our community.”

I am very overwhelmed at the support I, and my partner, have received. It far outweighs the hate and gives us strength! Thank you all, much love to our community.#LGBTQ #TransWomenareWomen #TransRightsAreHumanRights