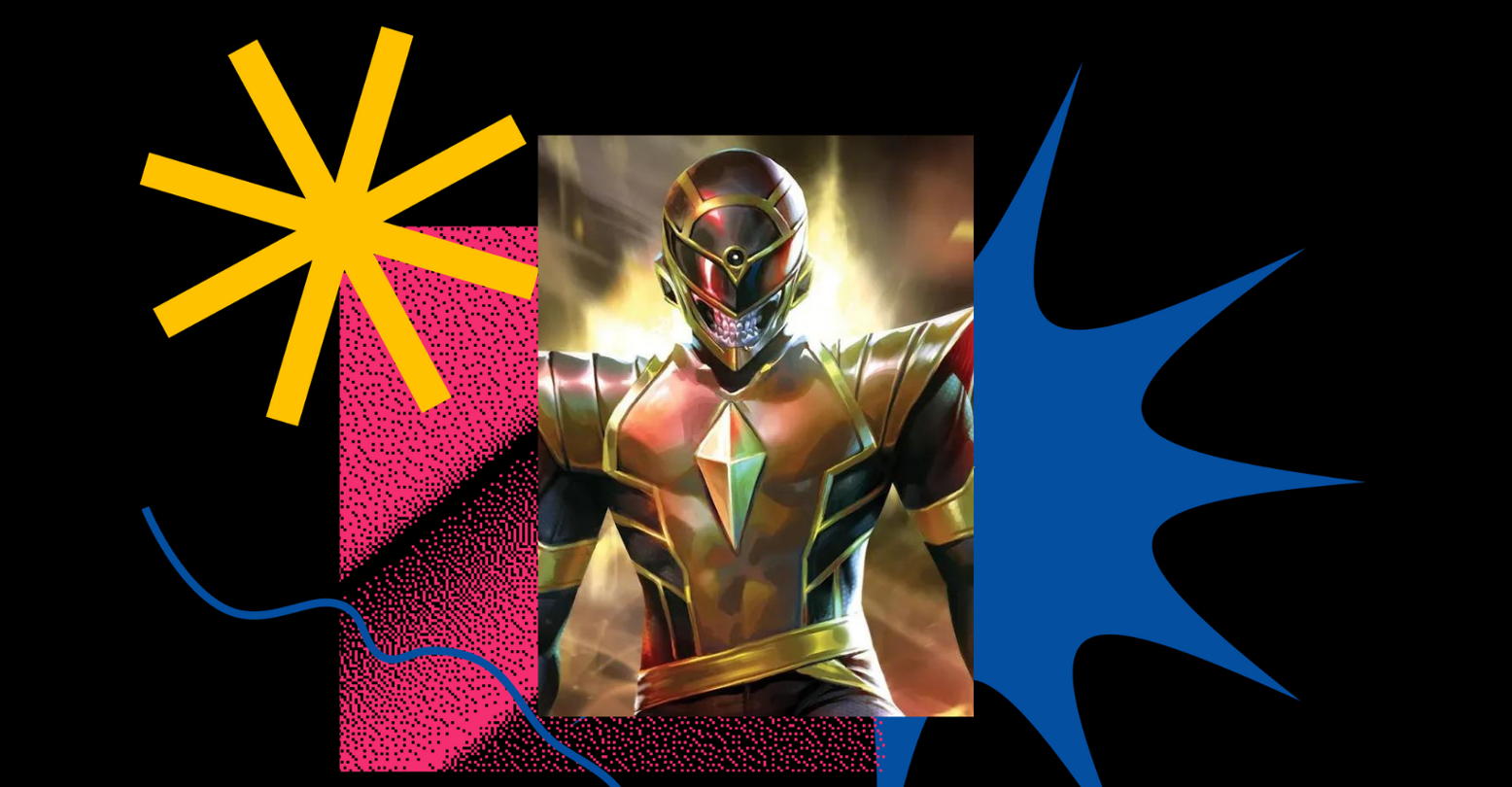 In case the rainbow coloring, spandex tights, and dramatic poses weren’t queer enough, the Mighty Morphin’ Power Rangers is adding a nonbinary character to its roster. Debuting in the one-shot comic Power Rangers Unlimited: The Death Ranger #1, the villainous Death Ranger will usher in a new era of mayhem and inclusivity.

According to a preview announcement from publisher BOOM! Studios, the Death Ranger was part original Omega Rangers of a thousand years ago, until they were “seduced by the death-defying powers of the Rangers’ greatest foe,” turning on their teammates. Although a one-shot, the comic is specifically part of the Charge to 100 crossover event between all Power Rangers comics, leading up to the 100th issue of the mainline series. This means the Death Ranger may have a bigger role to play in the events that follow.

“We’re continuing the epic CHARGE TO 100 with a new type of Ranger you’ve never encountered before,” said Senior Editor Dafna Pleban. “Just like the introduction of fan favorites Lord Drakkon, the Ranger Slayer, and countless other characters who’ve taken on a life of their own, it’s time to meet a dark and ominous figure from the ancient recesses of Morphin’ history… the DEATH RANGER!”

Following the announcement, readers quickly became thirsty over the muscled, skull-faced ranger. And the comic’s writer Paul Allor had no issue with a fan begging the Death Ranger to “breed me balls deep”—so long as there was no unintentional misgendering going on. “The Death Ranger’s pronouns are they/them, as is the case with their entire race,” Allor clarified. “But otherwise, yes, appropriate response.”

The Death Ranger’s pronouns are they/them, as is the case with their entire race, but otherwise, yes, appropriate response. https://t.co/InZ0zvTRTP

Fans promptly responded with an outpouring of love for their new nonbinary, death-bearing overlord.

Death Ranger has become a Queer icon over night and it’s honestly incredible the amount of love I’m seeing on my feed from non-binary people who aren’t necessarily Power Rangers fans…this is why representation matters pic.twitter.com/bl9sfaEtmB

Transphobe: What gender are you?

Tphobe: I mean are you male or female?

DR: I am the architect of your long, slow, painful demise.

Tphobe: I mean what do you have between your legs?

DR: A trail of corpses. pic.twitter.com/CUbGi6yEjL

The Death Ranger is now Power Rangers’s second nonbinary comics character, after Blue Ranger Orisonth. But the live action properties have also made strides in representing queer characters onscreen in recent years. The Yellow Ranger was reimagined as gay in the 2017 reboot film, and the TV series Power Rangers Dino Fury introduced a gay Green Ranger in 2021.