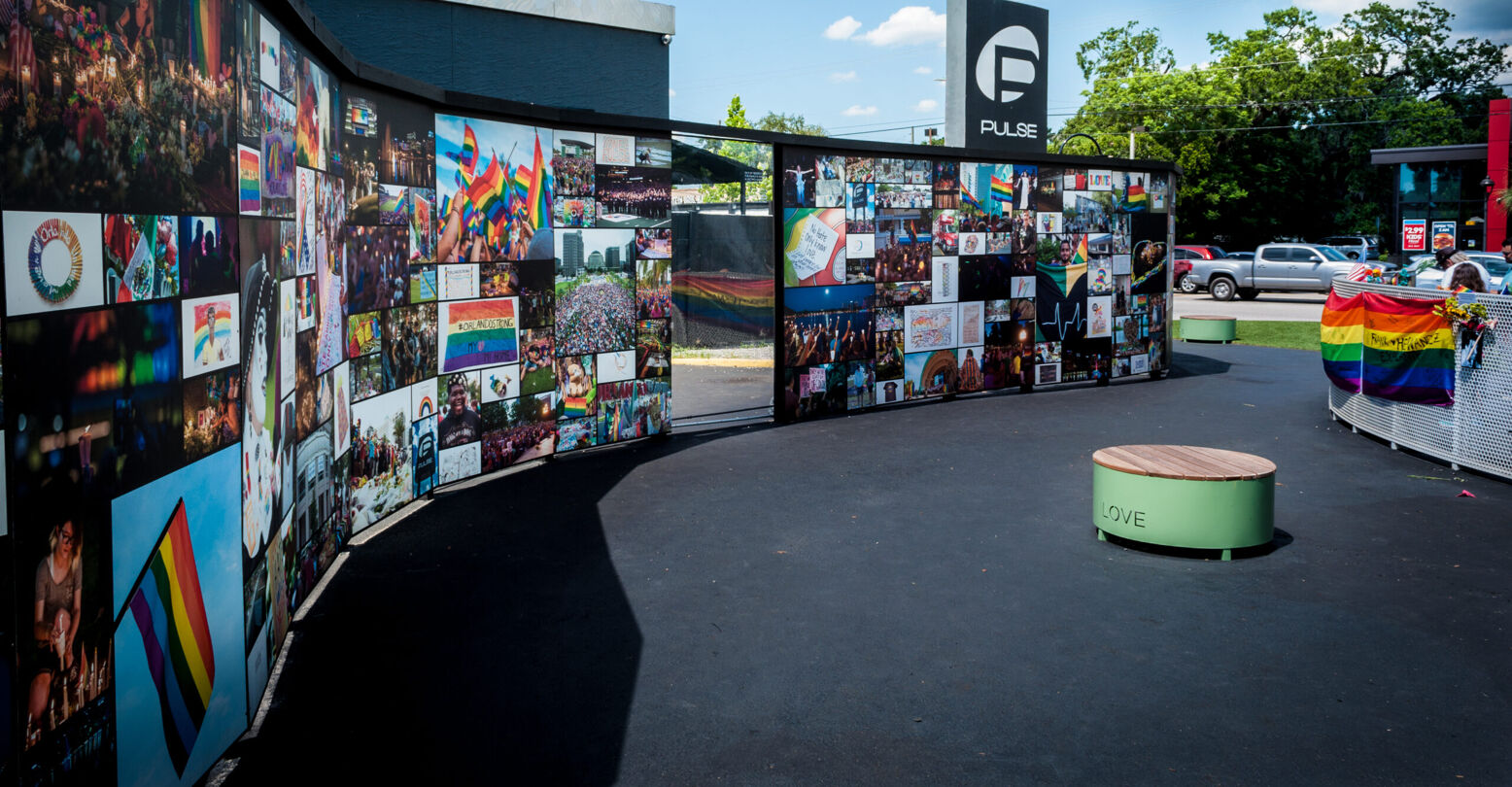 During a Trump rally last year, 20-year-old Alexander Jerich used his father’s truck to burn tire marks onto a rainbow street mural in Florida. Ahead of his sentencing by a Palm Beach County court, Judge Scott Suskauer has ordered Jerich to write a 25-page essay on the Pulse nightclub shooting, Buzzfeed News reports.

The mural is located at an intersection in Delray Beach and was painted on June 12th in honor of Pride month. It was vandalized two days later.

Jerich was using the truck as part of a convoy for Donald Trump’s birthday. A witness later reported that during the procession through Delray Beach they heard someone shout “Adam, tear up that gay intersection.” A video showing Jerich’s truck burning skidmarks into the mural soon went viral, leading to his arrest. Jerich subsequently pled guilty to “felony criminal mischief and misdemeanor reckless driving.”

But in a victim impact statement, Rand Hoch, president of the Palm Beach County Human Rights Council, disagreed that Jerich had shown any remorse. Hoch claimed that neither his nor other LGBTQ+ organizations in the area had received an apology from Jerich.

“He was not just a young man fooling around with his truck. Jerich sought to make a very public statement against the LGBTQ+ community. And he did,” said Hoch. “At a welcoming public venue representing inclusion, Jerich literally left marks of hate.”

Jerich’s full sentencing is scheduled for June 8th. He is required to write the essay on the Pulse massacre and its 49 victims prior to that.