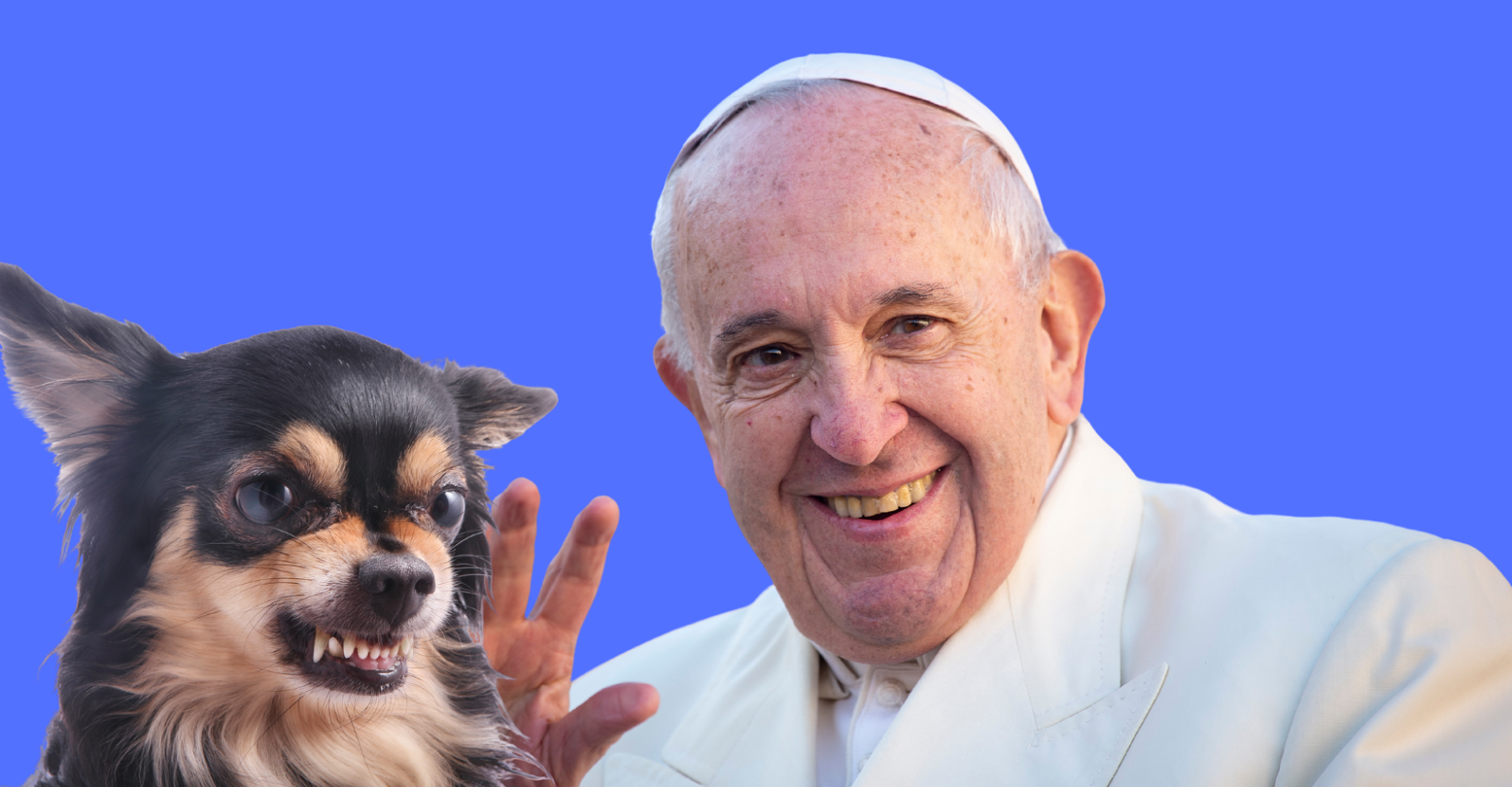 In the great war between dogs and babies, Pope Francis has solidly declared himself to be on the side of babies.

In other words: the wrong side. Addressing the public at the Vatican, the Pope recently explained that he views pet owners as having a “certain selfishness.”

“Today … we see a form of selfishness,” the pontiff pontificated. “We see that some people do not want to have a child…Sometimes they have one, and that’s it, but they have dogs and cats that take the place of children. This may make people laugh but it is a reality.”

Well babe, I ain’t laughing, and neither is my dog. We are, in fact, INCENSED at the suggestion that loving an animal is a denial of fatherhood and thus humanity. First of all, fatherhood (parenthood itself) is vastly overrated. And while, yes, there are lots of kids out there who deserve loving homes, that has pretty much nothing to do with the fact that there are also scores of abandoned and abused animals that also need loving homes. So maybe, I don’t know, do both? Adopt kids if you so choose, and adopt dogs and cats if you so choose? And also use condoms if you so choose?

Also, it should go without saying, I’m not the only one to have this opinion.

Pope and Hillbilly Elegy guy should be forced to kiss until they make babies please RT https://t.co/DrO3gnju3y

@Pontifex say it to his face pic.twitter.com/NkWWy89l2x

— i bless the rains down in castamere (@Chinchillazllla) January 5, 2022

idk pope man. i think my dogs have showed me more about my own humanity, and how tender i can be, than anyone else ever has https://t.co/tuN0OXmpuR

The Pope every time he sees a “My dog is smarter than your honor student” bumper sticker: pic.twitter.com/XojaEZWF6u

My dog when I told her the Pope thinks I’m selfish by calling her my daughter https://t.co/ajBtlPE9u9 pic.twitter.com/hauqfhJNs8

In short, chicanery! Tomfoolery! Poltroonery! That is all.