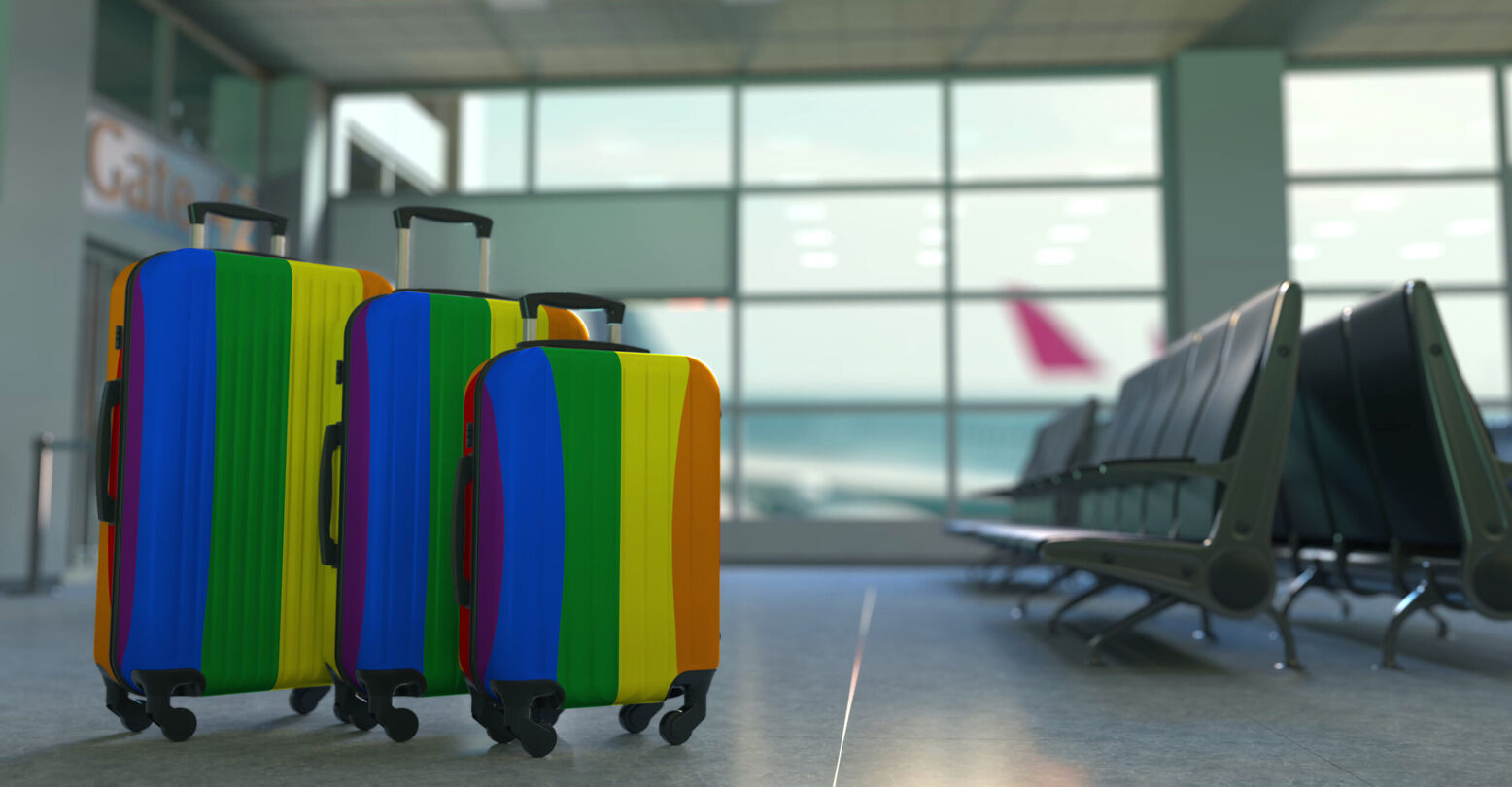 Have you been calling airports GAY? You better hide, because the government may not be happy with you.

A committee of Parliament in India has officially called for the three-letter call code for Bodhgaya Airport, also known as Gaya Airport, to be anything but its current one: GAY.

The reason? The Committee on Public Undertakings determined that the government needs to “make all effort to take up the matter with the IATA and concerned organisation as the issue involves inappropriate code naming of an airport of a holy city of our country,” and referred the matter to the Ministry of Civil Aviation and Indian government for further action.

According to the India Times, the committee even suggested an alternative with the same letters: YAG.

The problem is, the ministry has already told the committee that the International Air Transport Association’s (IATA) position is that call codes are permanent and can only be changed for a “justifiable reason primarily concerning air safety.”

The Ministry said, “Gaya airport IATA code ‘GAY’ has been in use since operationalisation of Gaya airstrip. Hence, without a justifiable reason primarily concerning air safety, IATA has expressed its inability to change the IATA code of Gaya airport.”

In response, the committee said: “The committee appreciate the efforts of Air India [the country’s nationalized airline and flag carrier] being a member airline of IATA [and] taking up the request with the [IATA] but, yet, [we] re-emphasise the government also to make all effort to take up the matter with the IATA.”

The issue (if you could call it that) has been before the government for over a year now, and they want a resolution as quickly as possible.

As funny as it is on the surface, it’s actually unsettling for a government to be so uncomfortable with anything GAY or even that can be associated with homosexuality that they are willing to dedicate time and resources to battling with an international authority just to not be represented by three English letters in that particular order.

The implication of these decisions is that anything GAY is antithetical to anything holy (Bodh Gaya is where the temple that Buddha had his enlightenment is located, and remains the pilgrimage site for Buddhism and Hinduism), and relies on the notion that only heterosexuality can have divine recognition, which at best is a double standard since the commonly accepted understanding of original Buddhist philosophy is that devout followers should be celibate altogether.

Even with the belief that sexual relationships are accepted in Buddhism, there is no explicit condemnation of homosexuality anywhere in the religion’s philosophy, even within their separate sects, with the exceptions of a few comments made by the Dalai Lama. Hinduism, meanwhile, acknowledges homosexuality and multiple genders in its foundational texts, including the Kamasutra.

“The parliamentary panel desperately wants to change Gaya Airport’s code…because it feels that GAY is embarrassing, offensive, and inappropriate,” Indrajeet Ghorpade of the LGBTQ organization Yes We Exist India said according to VICE. “This reflects the insecurities of the parliamentarians, who still associate ‘gay’ with something to be ashamed of or disgusted about.”

India has only recently decriminalized homosexuality, but it’s still trying very hard to remain an anti-LGBTQ country. Which is sad — and also not a great selling point for people to fly through Gaya Airport, whilst their moral opposition is preventing the many marketing possibilities that could be used with the GAY code.

fellas is it GAY to be an airport https://t.co/qyQwDMgRSC

The parliamentary panel has a problem with the "GAY" code for Gaya airport do they suggested "YAG" instead. That's still gay in reverse, so queers win!

On the contrary, for the sake of sexual minority, the parliamentary panel should ask for Gaya Airport (code- Gay) to be called LGBTQIA (Lord Gautama Buddha Terminal – Quality International Airport). https://t.co/9iLh8rXni0

Why inappropriate? We lived with BOM for Mumbai & COK for Cochin International airport. Rhymes with bomb & cock to me. Dehradun is DED but you don't want GAY?🤔

Damn Singapore also changed our airport code from SIN to SGP and we vould have flown from GAY to SIN but can't anymore and sad. https://t.co/pH96eZvmPK