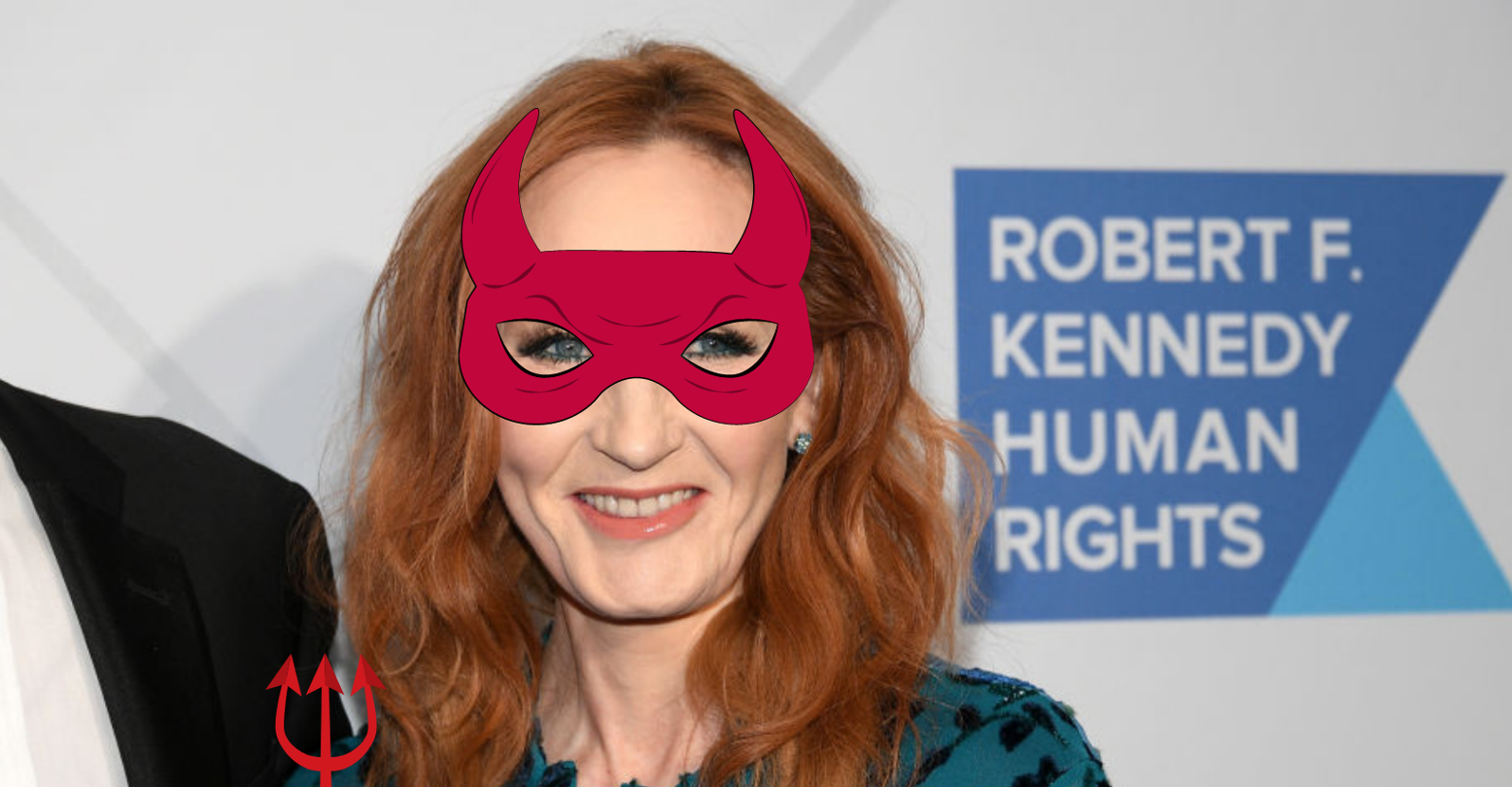 For someone who presumably makes their living as a writer, Joanne Rowling has a few things to learn about how words work.

After yet another egregiously transphobic piece was published yesterday in the Sunday Times concerning the logging of trans women as women in police reports, Rowling took to Twitter (of course) to do some word vomiting.

War is Peace.
Freedom is Slavery.
Ignorance is Strength.
The Penised Individual Who Raped You Is a Woman.https://t.co/SyxFnnboM1

Apart from the sheer grossness of “penised individual” as a word and concept, Rowling doesn’t seem to understand that a) trans women are women and b) editorials like this truly aren’t based in real life. Because again—and I don’t know why we have to keep saying this—the idea that trans women are serial rapists and abusers is utterly baseless and truly ridiculous.

Also, TERFs seem to believe that if you have a vagina you are somehow incapable of causing harm or enacting sexual abuse. This isn’t just untrue, it’s a very dangerous aspect of binary thinking. No matter what gender someone is, they’re still fully capable of sexual, physical, and emotional abuse. The idea that violence is the result of having a certain type of genitals is fully made up and pretty regressive, but of course, we’re talking about Joanne Rowling here, queen of the regressive remark.

The fact that she chooses to quote George Orwell’s “1984,” as if it has anything to fucking do with anything. But why am I surprised, people who haven’t read a book since high school love trottin’ out old Orwell any time they feel vaguely offended by modern life.

Good thing the Internet is here to remind us that J.K. Rowling doesn’t actually matter even though for some absurd reason people keep acting like she’s a real person and not a transphobic bot.

JK Rowling saying the stupidest shit on the internet again today is a reminder that supporting harry potter still is considered a massive red flag by trans people, regardless of your nostalgia attachment to it.

“Childish” really is the word for it:

jk rowling is a bad person w/ bad politics, a childish understanding of feminism and a truly ugly spirit. it’s embarrassing to look at her tweets. it’s upsetting to watch her harm marginalized people. it’s infuriating to me as a feminist, as an assault survivor and as a woman.

The silence on literally every ACTUAL abuse against women is deafening:

It’s striking that J.K.Rowling only has the energy to speak out about sexual assault when it’s in service of a spurious moral panic around trans people. At the end of the day, you do just have to conclude that she’s a common garden reactionary. pic.twitter.com/wPqDXqr3NM

“She’s just one person. Ignore her.”

I wish we could. The problem is hate spreads quickly. So when people with large platforms go after marginalized folks, we need to be clear that’s not ok. The damage it causes is significant, as this report highlights.https://t.co/xh5Ojl5KVd

And let’s not forget where Rowling really stands when it comes to abusers. She loves them!

Hate for trans people, but flowers for abusers: pic.twitter.com/Lj2beFvEba