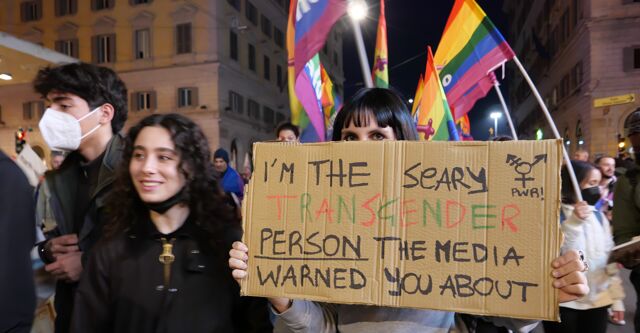 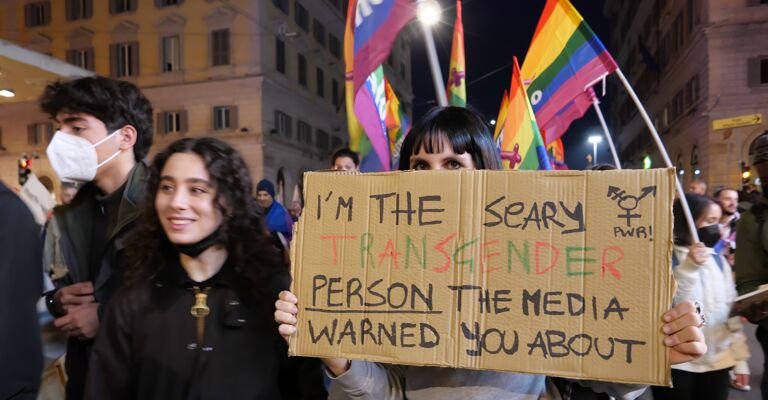 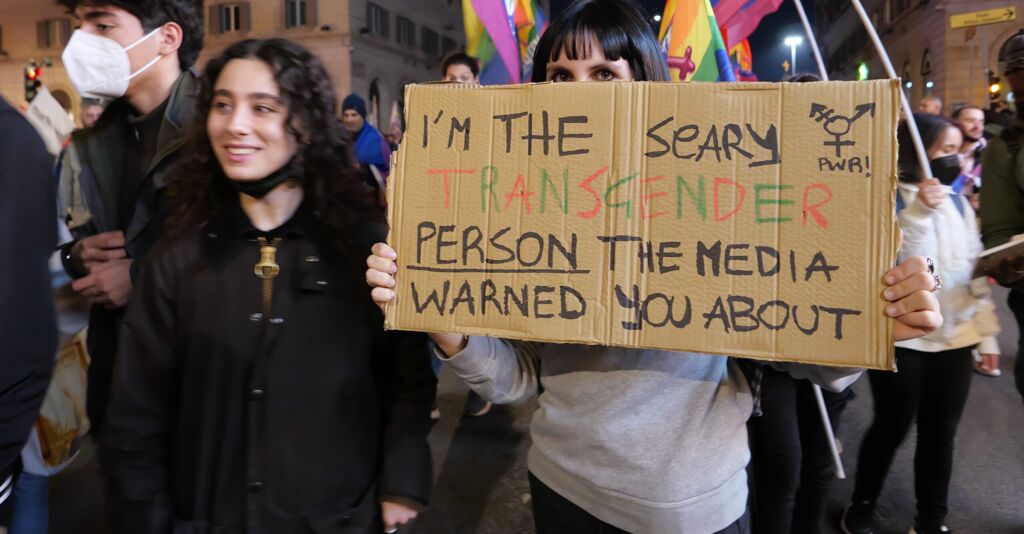 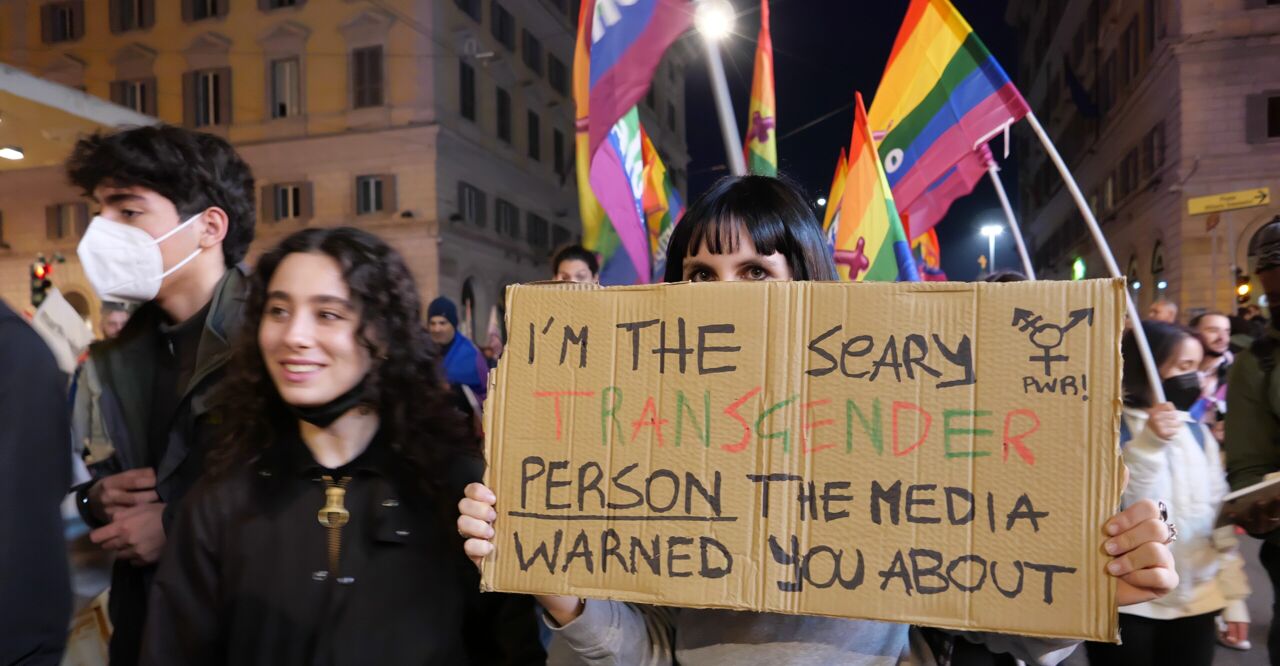 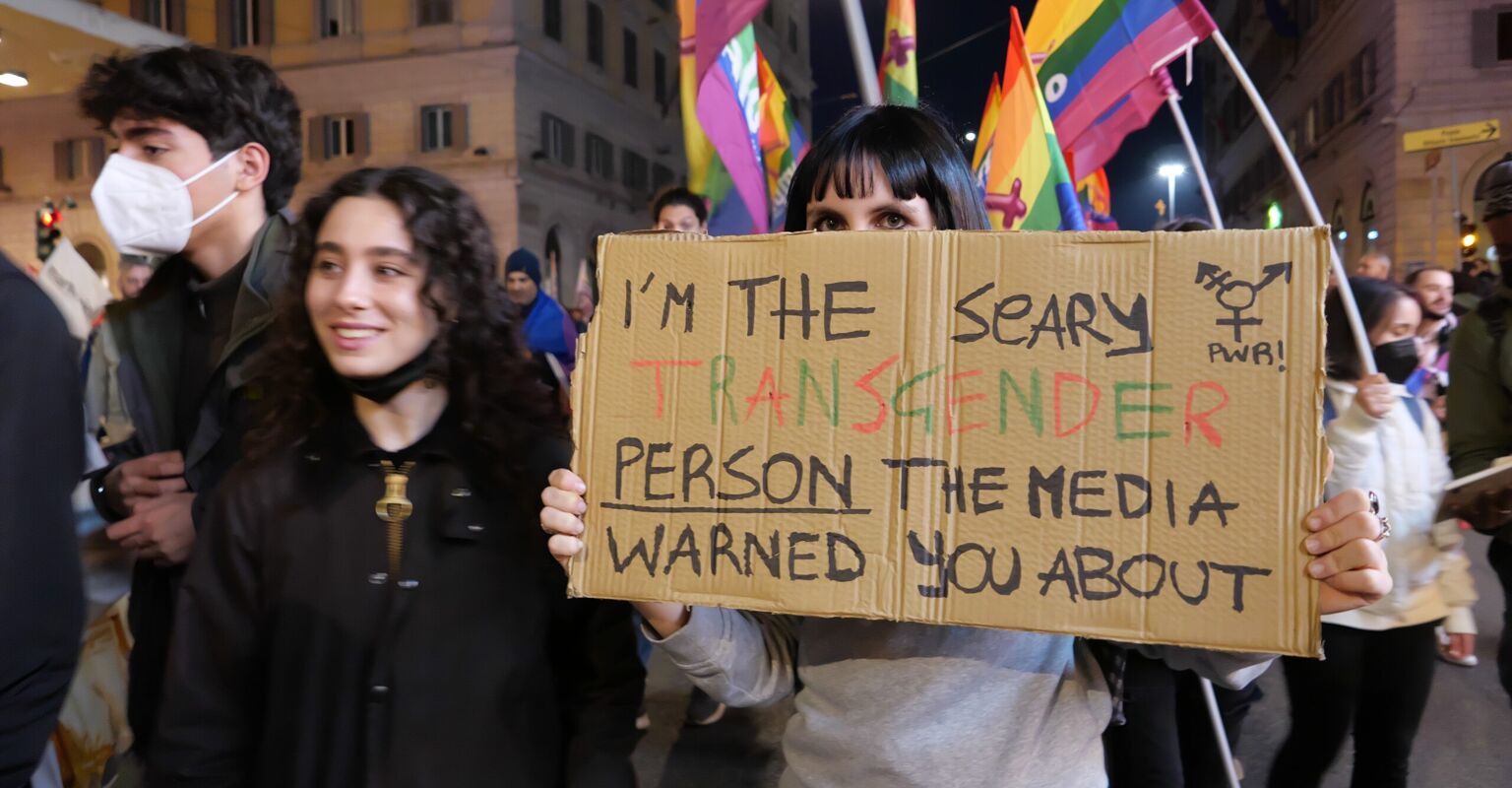 This week, Netflix released Ricky Gervais’ latest comedy special, SuperNature. Before you rush to watch it, it’s good to know that the Netflix comedy special is filled with transphobic nonsense. For those who would rather protect their eyes and ears (and avoid giving Netflix the clicks on the special), Variety has provided some of the “highlights” and they don’t leave much to the imagination. Along with taking aim at the trans community, Gervais also punched down with some wider-reaching anti-LGBTQ+ rants and a load of misinformation about HIV. GLAAD has issued a statement rightly calling Netflix’s latest Gervais special “dangerous.”

If this all sounds painfully familiar, that’s because it’s almost exactly what happened when Netflix first released Dave Chappelle’s The Closer in October 2021, less than a year ago. In the wake of that release, Netflix was heavily criticized for platforming dangerous and hateful anti-trans rhetoric, Netflix employees staged a walkout in protest, and Netflix CEO Ted Sarandos doubled-down on keeping the special live while claiming that the special, and “content on screen” generally, ”doesn’t directly translate to real-world harm.”

As an aside for readers who might believe Sarandos’ claim that such Netflix specials don’t equate to real-world harm, they really do. Studies have shown that how a minority group is represented in the media directly impacts the way that people think about those people in their day-to-day lives. The Geena Davis Institute has done extensive research on this issue, and the Think Tank for Inclusion & Equity highlights the importance that representation of communities such as trans people can have in the real world. It’s no mistake either that in the past week alone, a trans woman was falsely blamed for the Uvalde school shooting and another trans girl was attacked in Texas. The real-world harm is already here.

Whether it’s because a trans person sees those jokes and the people laughing at them and decides it’s not safe to come out, or because someone decides that the mainstream hatred of trans people means that it’s okay to attack us on the street and in bathrooms, it does, in fact, “translate to real-world harm.” When it comes to protecting trans people, particularly trans kids, studies from organizations like The Trevor Project show that a supportive environment is one of the biggest factors in reducing suicide risk. An environment where people rally around explaining why a famous comedian’s transphobic jokes are actually harmless and trans people are “too sensitive” is not a supportive environment.

While the SuperNature Gervais special seems to be a direct repeat of the Chappelle situation, it might come as a surprise to some viewers who have been watching Netflix Originals or are excited for their upcoming shows. Netflix’s recent adaptation of Alice Oseman’s Heartstopper graphic novel has been lauded for its LGBTQ+ rep, based on the work of an LGBTQ+ writer and with a range of queer talent playing the roles in the show. Netflix also recently launched an adaptation of Michael Connelly’s The Lincoln Lawyer, which currently sits at #1 on Netflix, and the production replaced the character of Patrick Henson with a lesbian woman of color named Izzy Letts.

An environment where people rally around explaining why a famous comedian’s transphobic jokes are actually harmless and trans people are “too sensitive” is not a supportive environment.

It’s not just recent releases from Netflix that are providing positive LGBTQ+ representation, though. On June 16, the streaming platform is releasing Dead End: Paranormal Park, a fantasy horror-comedy series based on Hamish Steele’s DeadEndia graphic novels, which is made by a trans creator, tells queer narratives, and stars queer talent. Of course, shortly after that on June 22, The Umbrella Academy season 3 will drop on Netflix, which will see Elliot Page return to the show as Viktor Hargreeves. So much of Netflix’s recent successful content and future plans are queer-friendly and queer-driven, so why are they platforming tired old comedians who have nothing better to do than take pot shots at the queer community?

The answer isn’t simply stated and can only be hypothesized, but looking at recent events, a picture begins to emerge. Netflix has been struggling in 2022 as the rise of other streaming services threaten its once-monopoly. In Q1, Netflix reported a loss of 200,000 subscribers and revealed that they anticipate continuing to hemorrhage subscribers in the millions. This caused their stock values to plummet, and since then they have executed mass layoffs.

At the same time that all of this is happening for Netflix, Stranger Things season 4 is about to drop, with season 5 announced to be the show’s last as the series wraps up its planned story. Stranger Things has been a consistent draw for the streaming platform and has come to define Netflix as its centerpiece. Now Netflix has to work out what their plan is for when subscription numbers continue to freefall as they enter a post-Stranger Things era.

Whether it is JK Rowling releasing an inflammatory tweet to get trending right before a movie trailer drops, or Donald Trump yelling at clouds to distract from other issues, these moves are coming from the same playbook with the same end goal.

Right now, it seems as though that plan for Netflix is deeply entrenched in pandering to transphobes with offensive comedy while hoping that more people enjoy the closed-minded humor than actually follow through with canceling their subscription after Stranger Things ends.

After Dave Chappelle’s The Closer dropped on Netflix, it was one thing for Sarandos to stand by their guns and refuse to take the special down. It might have been understandable to insist it stay up as a power move, but then to distance themselves from Chappelle in the future. Far from distancing themselves, Netflix has continued Chappelle’s  $20 million per special contract, and in February 2022 was revealed to be producing Chappelle’s Home Team, a series of Netflix specials where Chappelle introduces comedians of his choice. Netflix also had Chappelle perform as part of the Netflix Is A Joke comedy festival.

Given that Netflix’s response to being called out for being in bed with a virulent transphobe was to snuggle closer, their response to the backlash surrounding Ricky Gervais’ special should come as no surprise. Within hours or SuperNature’s release, people were criticizing the Netflix special, but the same day Ricky Gervais reported that Netflix had just ordered another special from him titled Armageddon.

Of course, the response to Ricky Gervais’ Netflix special actually happening was purely perfunctory. It is very clear that Netflix and Gervais knew what would happen. In an interview all the way back in January 2022, Gervais said that he was looking to get canceled, and the Los Angeles Times reported that one Wednesday he was announcing that people would complain about the special. There’s no way that Netflix did not also know that the content of their own special was explicitly anti-LGBTQ+, and yet they not only released it, but did so less than a week before Pride month. This was clearly a calculated move for attention and we’ve seen this sort of thing before. Whether it is JK Rowling releasing an inflammatory tweet to get trending right before a movie trailer drops, or Donald Trump yelling at clouds to distract from other issues, these moves are coming from the same playbook with the same end goal.

Netflix seems desperate to play to both sides. While they hire queer creators to produce LGBTQ-friendly fiction content, they simultaneously commit to putting out comedy specials from people actively harming the queer community for years to come. Ultimately, Netflix want to have their cake and eat it too. Soon enough, they’re going to have to realize that that isn’t an option, something will break, one side of this fight is going to win out, and Netflix won’t be able to keep sitting on the fence while trying to grab every dollar bill they can. Of course, Netflix is receiving a lot of press around the Ricky Gervais and Dave Chappelle specials, but they’re also going to learn that at some point not all press is good press.♦

Editor’s Note: We have reached out to Netflix for a comment, we are awaiting their response. 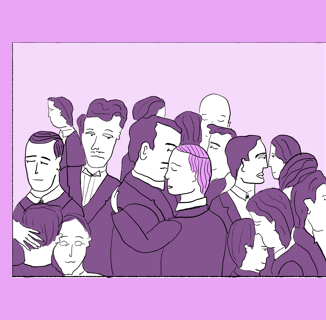