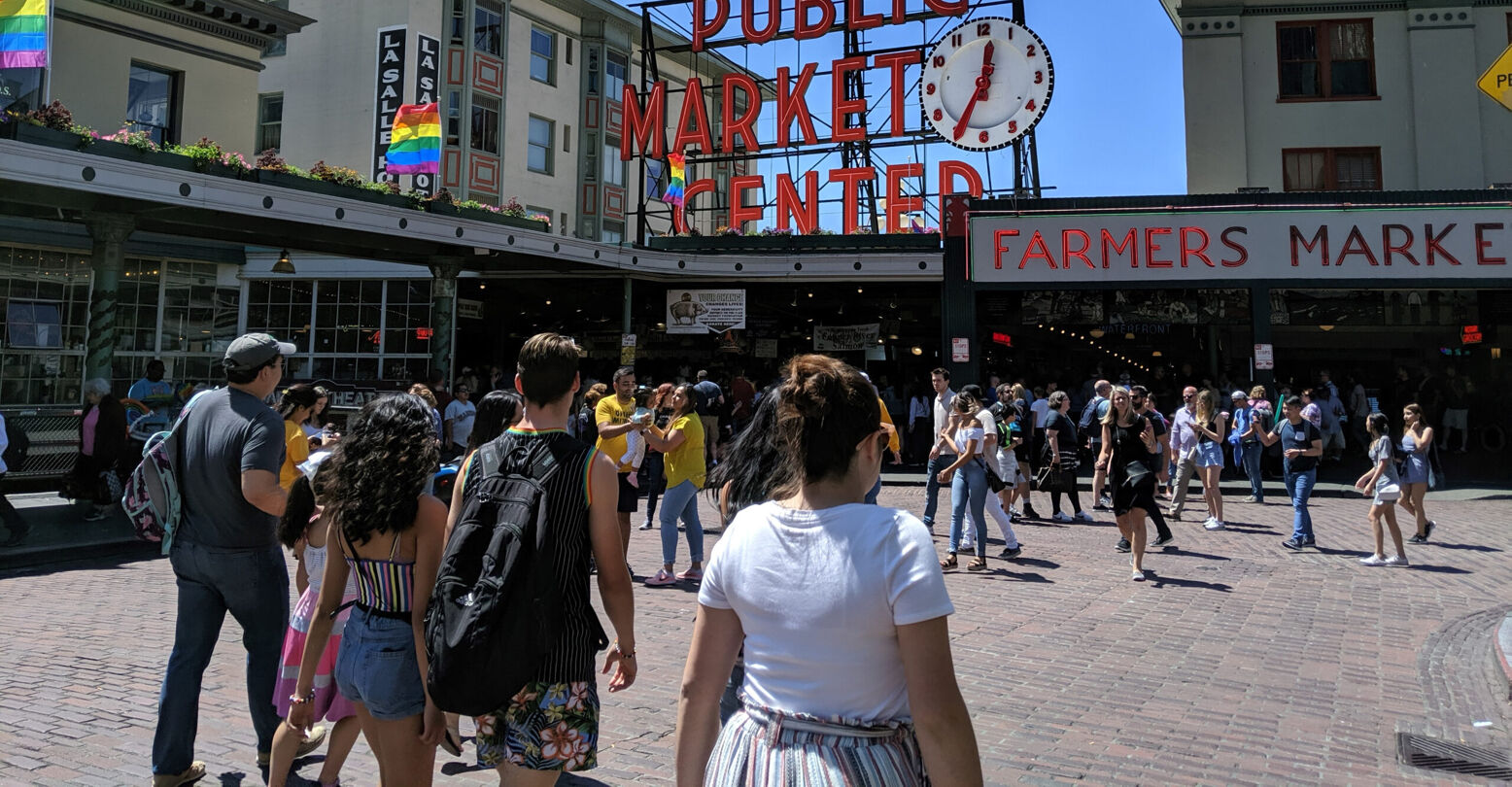 While Disney has been rightly under fire for its current and past treatment of the LGBTQ+ community, we’d be remiss to leave Amazon out of the mix. The company has repeatedly made donations to PACs that then distribute the funds to anti-LGBTQ politicians, many of them recently. In Seattle, the city where Amazon is headquartered, the queer community has decided to break with the company’s sponsorship for Pride.

On March 23rd, Seattle Pride issued a statement announcing a new evaluation process for its corporate sponsors. Since its founding fifty years ago, support for the Seattle Pride Parade has grown significantly, with over 400,000 annual attendees. “This growth has also unfortunately attracted corporate entities who participate as a token gesture — often referred to as ‘rainbow washing’ — so as to appear publicly as doing the ‘right’ thing, despite harming our community with blatant, subtle, and sometimes unintentional words and actions throughout the rest of the year,” the statement reads.

Seattle Pride goes on to acknowledge the criticisms they’ve gotten over the years from the queer community for partnering with corporations. “While we’ve always believed the more people who want to celebrate the better — a far cry from the early days of the parade — we also have taken the criticism to heart,” they say. The result is a new requirement for sponsors to undergo “a diversity, equity, and inclusion survey and evaluation process” before being accepted as partners.

We have decided to not partner w/ Amazon for the 2022 Seattle Pride Parade due to various anti-LGBTQIA+ decisions they have made, including the funding of politicians who oppose the Equality Act. Read our full statement for more: https://t.co/D0vaRvnLDR#WeArePride #NoFakeAllies pic.twitter.com/s5a9O3k1bx

Although the statement refers to corporations in general, it also calls out Amazon specifically. This year, Amazon offered Seattle Pride $100,000 for the parade’s first-ever title sponsorship. But that sum pales in comparison to the $450,000 Amazon donated to opponents of the Equality Act in 2020, or the nearly one million Amazon’s PAC donated to 2020 politicians who had received an F grade on the HRC’s Congressional Scorecard. At home in Seattle, Amazon spent $11,000 on lawmakers proposing anti-trans bills in both 2020 and 2022. Even Amazon’s charity branch, AmazonSmile, has gotten its hands dirty, providing funding to over 40 anti-LGBTQ+ organizations. While Amazon didn’t necessarily intend to fund anti-trans and queer causes, their money has nonetheless fallen into the hands of politicians who are actively fighting against the rights of the community.

As a result, Seattle Pride will no longer partner with Amazon until they fix the corporate culture and donation policies. Or as Seattle Pride puts it, “Pride cannot be bought by corporate partners, it must be earned.”

As Seattle Pride seeks to recoup its losses through donations, their new policy may provide a roadmap for other city Prides in handling corporate sponsorships. In the meantime, an Amazon spokesperson gave a response to NBC News, acknowledging the donations while claiming (substantial) monetary support “does not mean we agree with any individual or political organization 100 percent of the time on every issue, and this includes legislation that discriminates or encourages discrimination against the LGBTQ+ community.”

“Amazon has long supported Seattle Pride because we believe that the rights of LGBTQ+ people must be protected. We stand together with the LGBTQ+ community, were early and strong supporters of marriage equality, and are working at the U.S. federal and state level on legislation, including supporting passage of the Equality Act. We also work hard to offer an inclusive environment for employees and for five consecutive years we’ve received a perfect score on the Human Rights Campaign’s annual Corporate Equality Index.”