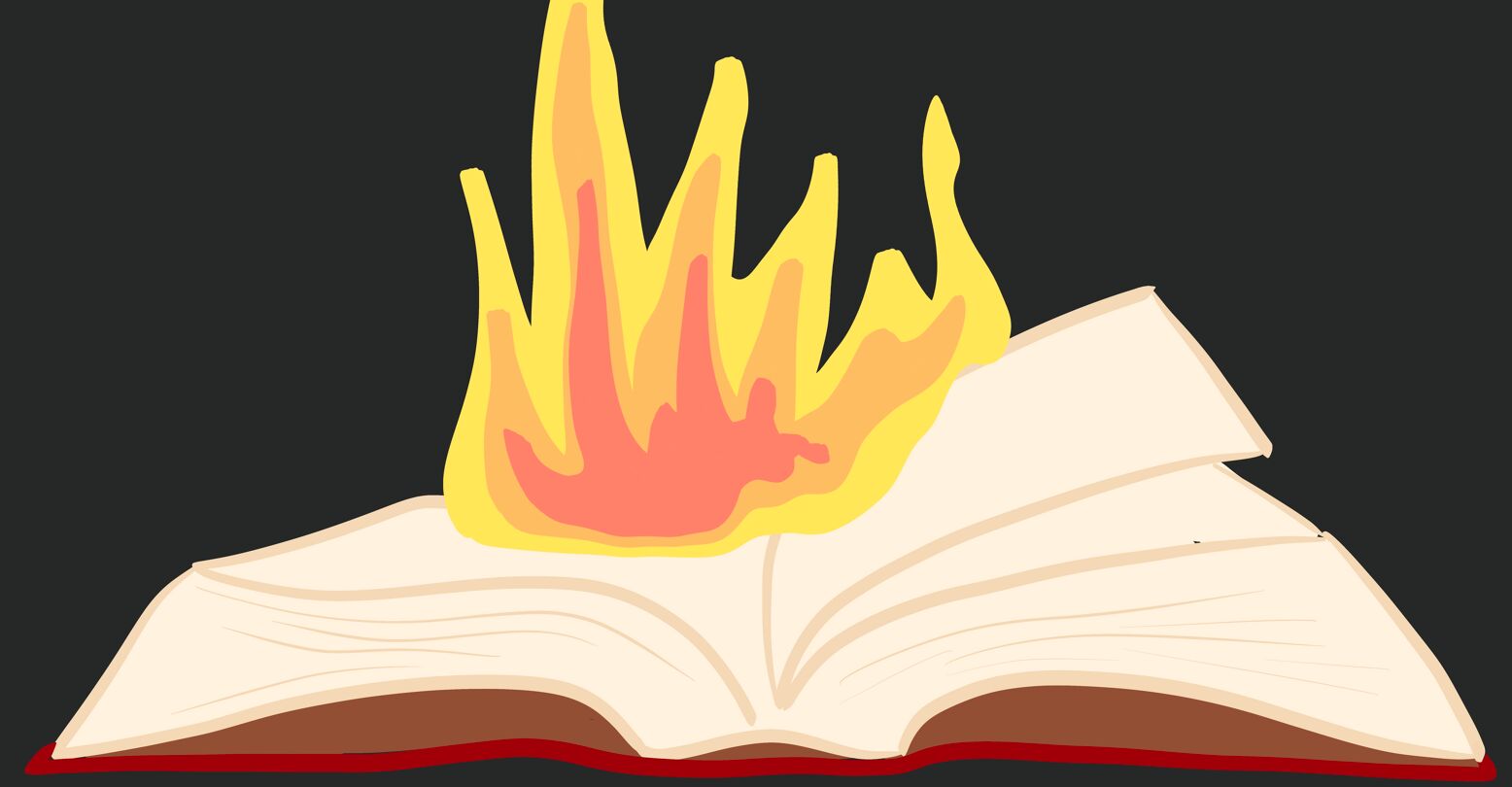 In some dystopian part of Tennessee called Mount Juliet, anti-LGBTQ pastor Greg Locke held a book burning last week. He and his followers congregated and started to throw books into a large bonfire. These were mostly books—including popular YA novels such as Harry Potter and Twilight—that have caused controversy in the past amongst conservative religious people. In a twisted attempt to rid the world of story and color, the hateful crowd realized that they weren’t the only ones there burning books that night.

Mount Juliet resident Chris Hardin, along with his husband, decided to join the crowd that night – but with something a bit different in mind. In a YouTube video, Hardin’s husband can be seen throwing a bible onto the pyre and yelling “Hail Satan!” In the midst of cheering and air horns, it took multiple chants of “I burned a bible” for the surrounding patrons to realize what was happening. Hardin wrote in the caption of his video, “It took him shouting [the statement] several times before they stopped cheering and realized they’d been had.”

They demanded that the couple leave. Some people even took it upon themselves to escort the two out. But as the couple approached their car, they embraced their love for each other by giving a kiss as a sign of protest. Hardin wrote, “They aggressively threw us out, but we had a chance to disgust them with a kiss before we left,”

The video was met with praise and has garnered over 80,000 views since its posting on February 2nd. One commenter stated “More of this please. What a wise and proper response to fools burning books.” Another commenter said, “as a former Mount Juliet resident, I want to hug both of you for doing this. Locke is an absolute ninny. Have had the displeasure of encountering the man as my mother went to his church. Absolute heroes, both of you. Thank you.”