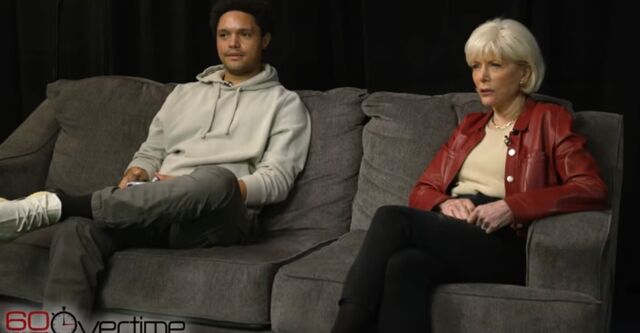 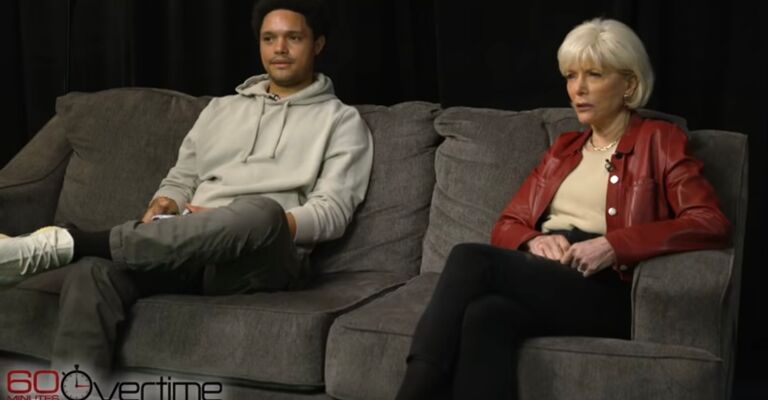 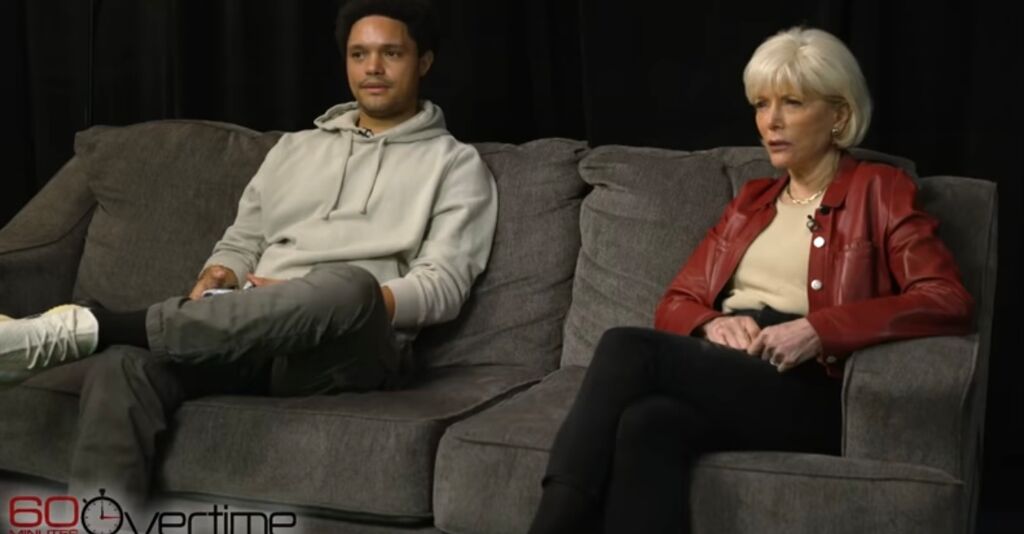 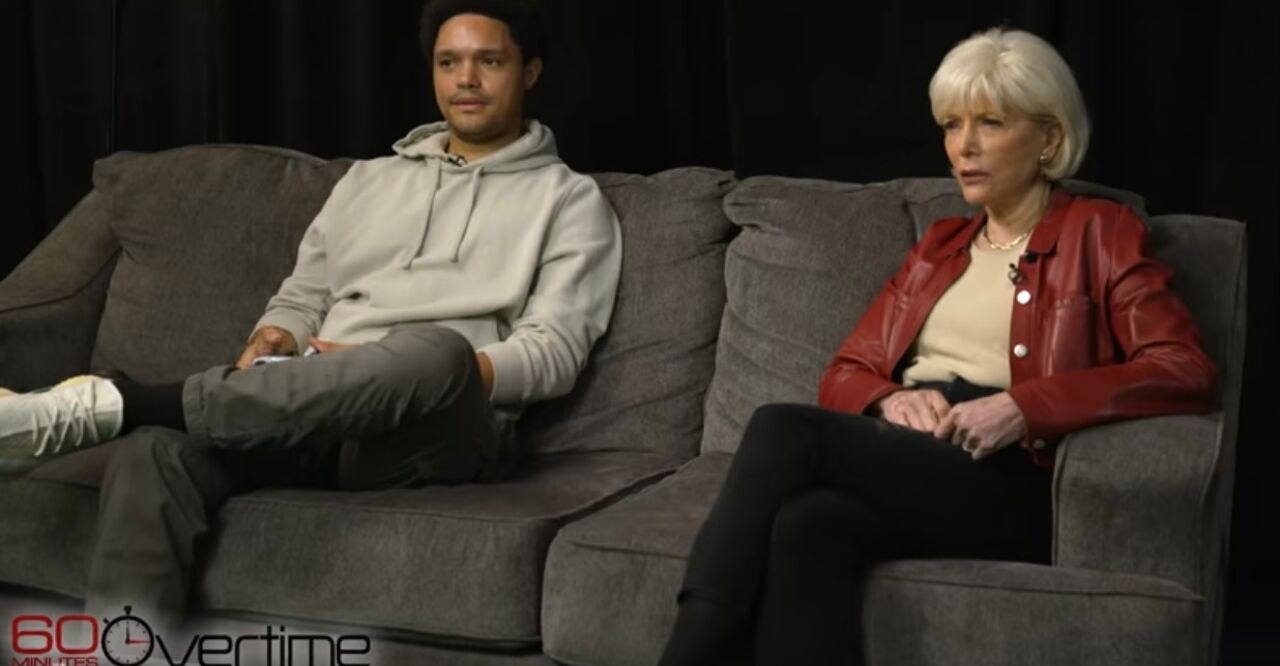 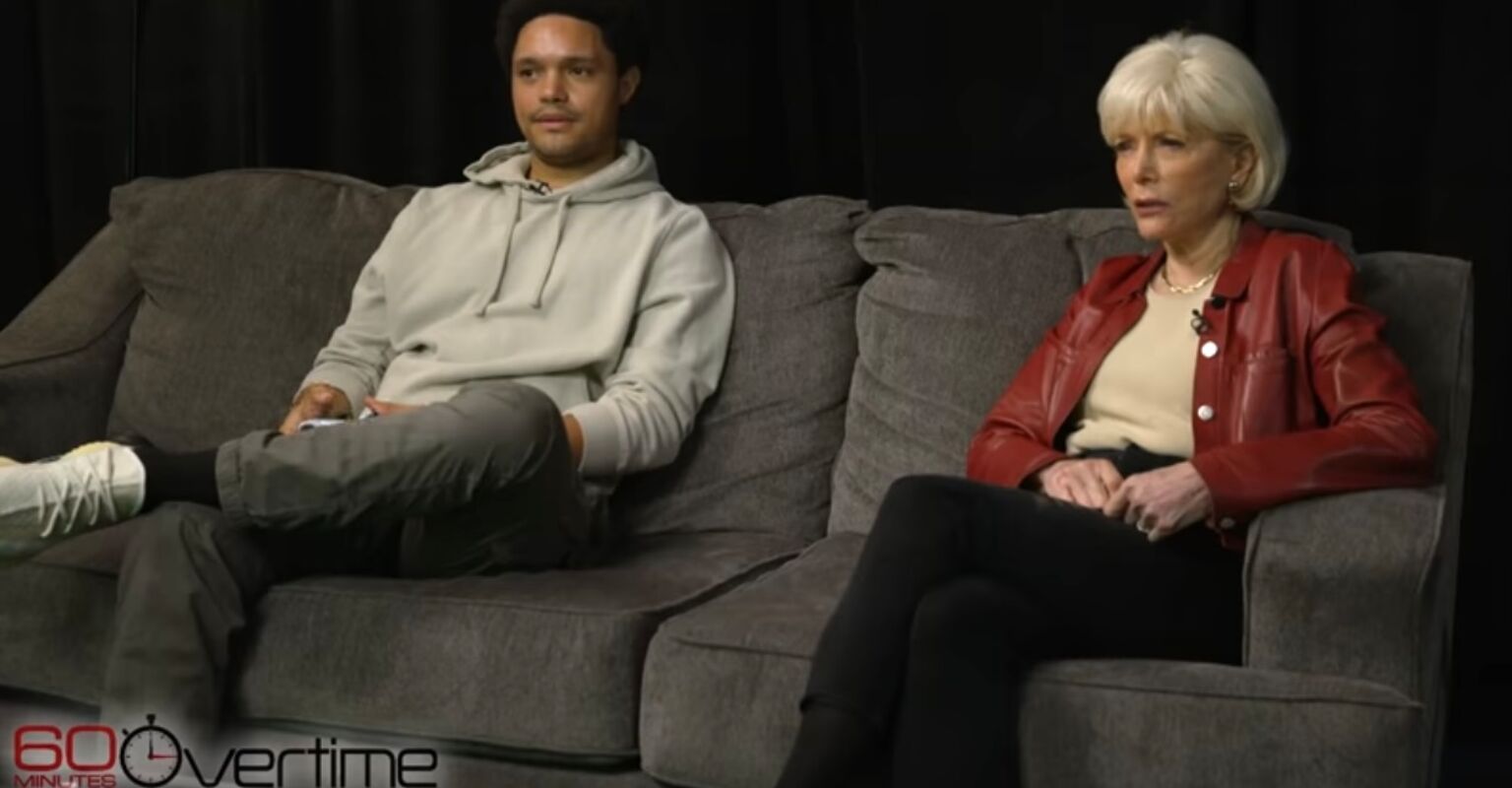 However you may feel about Trevor Noah and his current rendition of The Daily Show, but he is certainly not the least intelligent person hosting a television show these days.

He displayed that in a recent interview on CBS’s 60 Minutes. The interview was with Lesley Stahl, one of the show’s correspondents and one of television’s most prolific interviewers. As a former White House Correspondent who started her career as a TV news producer, Stahl’s interviewed several Presidents and world leaders, so she’s far from unfamiliar with how to stoke a provocative sit-down. However, Stahl’s interviewing technique is far from uncontroversial, and she has become synonymous with “gotcha” journalism and asking loaded questions — so much so it’s attached to her Wikipedia page.

So in the interview, she comes across as strangely critical of Noah’s career and answers throughout, which is not an issue on its own. Especially considering that they both are prime talent working for the same conglomerate, CBSViacom. But throughout, the segment makes a point — intentional or otherwise — to disregard Noah’s thoughts and experiences.

Even the framing of his life story throughout the interview seems more antagonistic than usual: first, Stahl narrates that “he had a shaky start when he took over six years ago…” at the Daily Show. Then, the footage thereafter is from Noah’s first show, when he makes a joke about being Black. Strange follow-up to that remark, but we can chop it up to an awkward decision by whoever edited it.

Next, we hear about Noah’s upbringing in South Africa. Stahl — who is 80 — seems to express disbelief at the reality of growing up in apartheid South Africa, which is weird considering she was not only alive when these things were happening, but reporting on the governments that had to deal with its existence.

Later, she mentions to him, “You did say, you had the Black world and you had the White world, and this is a quote from you: ‘All I wanted to do was belong.'”

After Noah explains why he’s said that — saying, in part, “I grew up in a country where I was told that your belonging was defined by the shade of the color of your skin. And that never worked for me” — Stahl completely disregards his answer and says back, “I have a funny feeling that you did belong, because you were funny.” Funny doesn’t cure apartheid or racism, but whatever, Lesley.

Stahl then narrates the beginning of Noah’s career and how he came to the Daily Show. Then they mention how he helmed the show from his house at the beginning of the pandemic, even through the response to the murder of George Floyd. They then play a bit from one of his shows seriously addressing the event.

Stahl says to Noah, “And it wasn’t funny… And now we have a new dimension to Trevor.”

Stahl argues that this is the first time he “showed it to the public,” which makes me believe she hasn’t watched much of his work since being serious when necessary is, like, a majority of what happens on the Daily Show.

Stahl then asks about Noah’s comments about living in America. “You said something that sticks with me. You said it wasn’t until you came to the United States that real hate started coming at you,” she said. Noah confirms that’s “definitely” his experience. They even go over a time when Noah has been pulled over by police while his white friends have not.

“But you did say you experienced hate,” she follows up, suggesting being targeted by law enforcement isn’t enough of a qualifier to enter the bigotry Olympics or something.

“Yeah,” Noah shoots back, “There’s a lot of hate in America because there is a lot of anger in America.”

Shortly after, Stahl then pivots from that messy exchange to an even worse one, this time about Dave Chappelle. Stahl asks Noah, who is friends with Chappelle, how he feels about the controversy over The Closer, Chappelle’s latest special.

This is where one might point out an example of a “loaded question”: “In your mind, did he cross the line?” Stahl asks.

Noah doesn’t bite in his initial response: “Did Dave Chappelle cross the line? Yes, no. It immediately puts me in a position where I have to choose a side when I think that the matter is a lot more complex than that. I think everybody is defining the line for themselves.”

Stahl then rejects the response, arguing, “No. Society defines the line.”

The rest of the interview is not any less awkward. At one point, Stahl tells Noah that his ‘clock is ticking’ to have children, to which he only responds, “Okay.” Then she tries to pry into his personal life and brings up tabloid reports about who he’s dating to his friends and co-workers that joined the interview, to which Noah responds, “what is Mitch McConnell like with his girlfriends? Do you know the answer to that question? … [No,] Because they don’t even ask him.”

But 60 Minutes shared on Twitter the clip of Noah’s response to the hate in America and Chappelle questions, and it did not look much better out of context.

Asked if Chappelle crossed a line, Trevor Noah says: “[The] matter is a lot more complex than that” for him and for many Americans.https://t.co/ExiER6d2yQ pic.twitter.com/zeqG01BAVB

Did Noah absolutely dodge putting his input on the Chappelle situation? Yes. Was he wrong to do so? I’d wager it was clearly a lose-lose situation for him, or any celebrity — but especially one hosting a television show and touring comedy venues across the world right now — to give his input on it.

Anything Noah said about it would’ve been outrageous to “half of America,” as he put it, and he’d be deemed either further “woke” or a non-ally to queer and trans people who’d rather stand with someone he’s friends with. It would’ve been nice to see Noah nicely state he’s not transphobic, or that he doesn’t defend Chappelle’s statements (and he could have — we don’t have full context on the rest of what he said that might’ve been cut), but maybe a better question would’ve gotten a better response.

What he said isn’t exactly off-base, either — talking about Chappelle’s special in media has become an exaggerated, complicated minefield that just furthers the demonization of trans people. Condemning Chappelle publicly is being equated to trying to “cancel” him, and just fuels his fire. Even if you do, he’ll have scores of other comedians and rich people ready to publicly shield him from an ounce of criticism regardless, and likely harassing you online in his defense.

The queer and trans people who were demonized in Chappelle’s special, though, don’t gain from it either way. Like J.K. Rowling and other nakedly transphobic people, we have learned that they’ll only escalate their bigotry the more we try to fight them on it.

As one commenter pointed out, activist and trans woman Raquel Willis said this in a separate interview about Chappelle: he himself fails to see the complexities of his beliefs, and issues affecting trans people as a whole. “I think that that is one of the major failures of Chappelle’s work… There’s this idea that you can just flatly equate gender and race, and kind of switch them out amongst these other conversations around ‘Who’s the most oppressed?’ And it’s actually a lot more complicated than that.”

Also, it was clear the questioning was meant as an easy bait-and-switch, because any response could’ve been used as fodder to put all over the news — which is what got us here — especially from sites covering the “controversy,” not much on anything else covering LGBTQ issues. Like 60 Minutes, which infamously gave platform to a dangerously produced, anti-trans segment in May, also involving Stahl.

Some of the responses to the interview share our sentiments about Noah’s smart response and Stahl’s questions/remarks.

“You said you experienced hate?”
TN: “yeah but that’s welcome to American.”
“😐 That’s harsh”
Me: If the statement is harsh how do you feel about the hate? pic.twitter.com/DbhJ4pghQq

60 Min Executive Producer watching her getting ate up by Trevor Noah from the production room pic.twitter.com/XTeVbGnjoG

Were we watching the same interview?

The question about race and the one about Trevor not being able to have a kid at 37, wtf is wrong with Lesley Stahl?

What a strange, weirdly combative? interview from Lesley Stahl w/ @Trevornoah. But, it maybe made me like him even more? So there's that @60Minutes

Not Ms. Stahl finest moments. Yes, there's plenty of hate especially if you're a person of colour. https://t.co/0lhHiU4OhM

At this point, she realized she fvcked up https://t.co/bBGf3l9X5U pic.twitter.com/nZQ8RHGrWN

Trying to decide which I liked more from this clip:

The closing reply from Trevor

60 minutes showing Lesley Stahl getting burned alive with exposing her “that’s harsh” reply. Shocked they didn’t edit that out. https://t.co/QqMBfakYz2

See/read the entire 60 Minutes interview at CBS News. Also, as a bonus, see Noah turn the tables on Stahl during a comedy show of his in 60 Minutes‘ Overtime video.