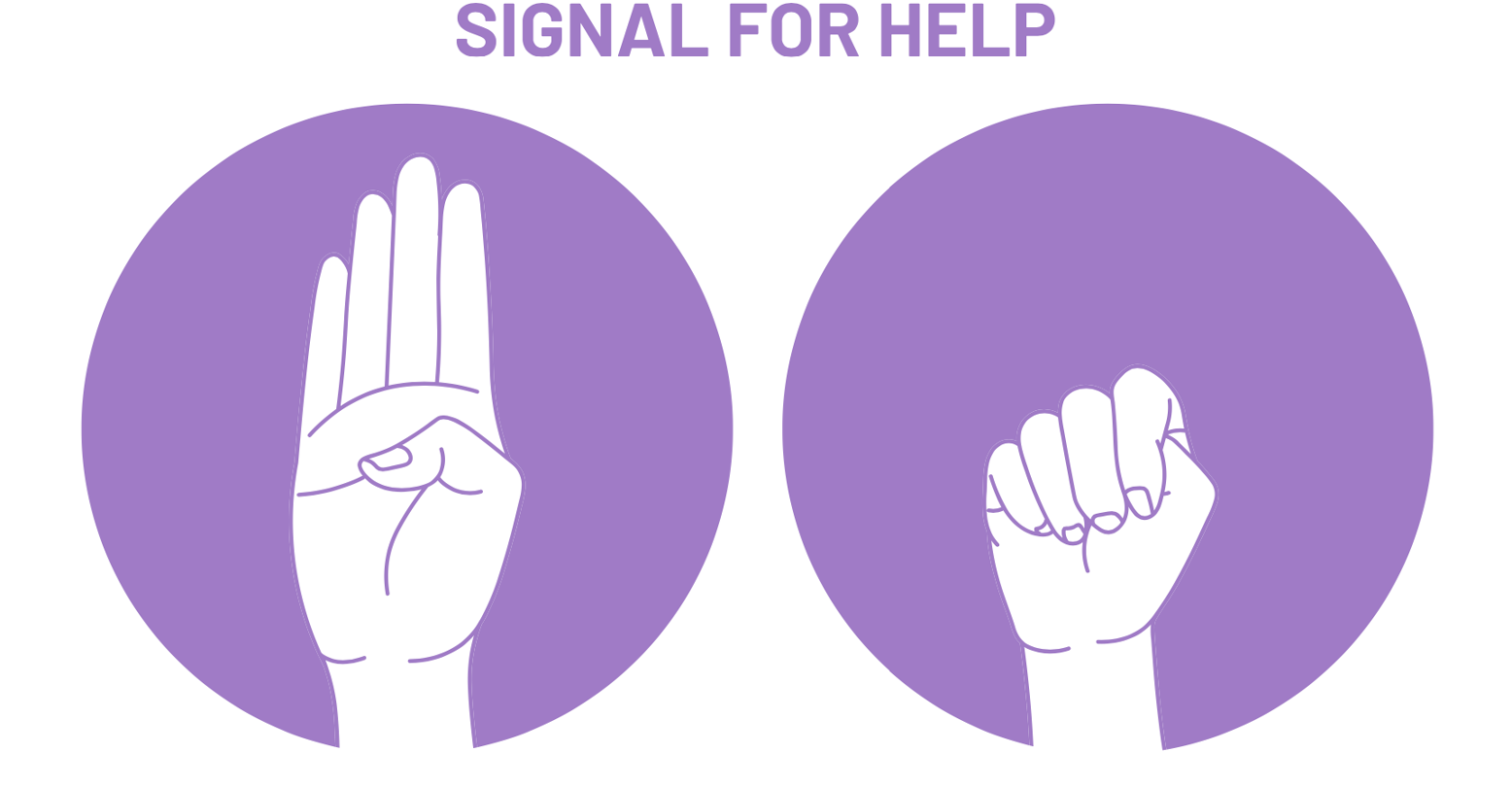 From videos on self-defense tactics to meditation, TikTok has been raising the bar for social media as an educational resource. And when a driver on the Kentucky Interstate recognized a distress Signal from a viral TikTok video last Thursday (Nov. 4), it turned out just so that some time spent on the popular video-sharing app happened to save a life.

To most other drivers, it appeared as though the 16-year-old was simply waving to passing travelers. Until one fellow TikTok user noticed the passenger was holding up her hand to signify The Violence at Home Signal for Help as created by the Canadian Women’s Foundation. Invented to be a code for help in situations of domestic violence, the hand gesture came about when the pandemic called for quarantine. With couples in such close quarters, the Canadian Women’s Foundation wanted folks to have a gesture that is both simple and can be done over video calls.

Also recently seen circulating on TikTok, the Violence at Home Signal for Help is demonstrated by tucking your thumb into a forward-facing palm and closing the remaining fingers over it.

The driver who spotted the 16-year-old girl with her thumb tucked into her fist called 9-1-1 and conveyed their suspicions to the  Laurel County Sheriff’s Office. Deputies pulled the car over and upon further investigation, found out she was a minor who had been reported missing from Asheville N.C. two days prior. The traffic stop led to the arrest of the driver, James Herbert Brick, 61, of Cherokee, North Carolina.

Sheriff’s deputies first charged Brick with unlawful imprisonment; a full search added a child pornography charge for an incriminating photo of a minor later found on Brick’s phone. On Tuesday (Nov. 9) a judge appropriately topped the charges off with a count of kidnapping.

According to the Laurel County Sheriff’s Office, Brick held the young girl captive in the car from North Carolina all the way to Tennessee, Kentucky, and through Ohio. Apparently, after Brick heard of a missing person’s report, he fled with the girl from a relative’s home in Ohio. A detective in court testified on Tuesday that as Brick’s passenger, the girl was held against her will as “she was scared of what he might do.”

Luckily, TikTok videos travel with the speed of light making it possible for both the caller and girl to have seen a video demonstrating The Violence at Home Signal for Help. Still, according to Andrea Gunraj: vice president of public outreach for the Canadian Women’s Foundation, there remains more room for public outreach, especially when it comes to cases of domestic violence. “We’re very aware that as many as these situations that you might hear about in the news, there’s going to be thousands more that will never make the news that will be shrouded in silence because they happen behind closed doors,” Ms. Gunraj told the Toronto Star on Monday (Nov. 8).

As far as what to do if you see The Violence at Home Signal for Help, the Canadian Women’s Foundation suggests not calling 911 right away; but instead, safely check in with the person first if possible.