It’s the holiday season and you might not know what to get the gaymers in your life—or maybe what to ask for to please your own inner gaymer! Or maybe you do know and you just want to double check that you’re on top of all the fun games this year.

Given the variety of gamers’ experiences, and the fact that often queer gamers feel marginalized from the gaming community, I wanted to make a list that included games for people with a variety of backgrounds. Whether you play games every week, have never picked up a game, want to spend $60, or want a cheaper indie game, there’s something for everyone.

Celeste was one of the most rewarding game experiences of 2018 for me. I’m not usually into platforming games, especially difficult ones, but this is different. Unlike other technically challenging games, Celeste encourages you the entire time. The story is about a young girl who makes an effort to conquer her fears by climbing up a mountain.

Often people—myself included—feel anxious when they play tense platforming games because obviously it doesn’t feel good to mess up constantly. But Celeste recognizes that frustration is just part of the process. If you or someone you’re buying a gift for is usually frustrated by games, this might be a good choice.

If you played any of the old Spider-Man games from PS2 and PS3, this game will be the most pleasant nostalgia to help you escape for the godforsaken year of 2018. It incorporates much of the adventurous open world stuff that anyone would want from a Spider-Man title.

The story itself is pretty good and fits in well to a video game format. Plus, as you level up you can unlock different costumes and abilities for Spidey—including one that’s just him in his undies. Overall the game isn’t too difficult and gives players a lot of flexibility; there’s a lot to do outside of the story. 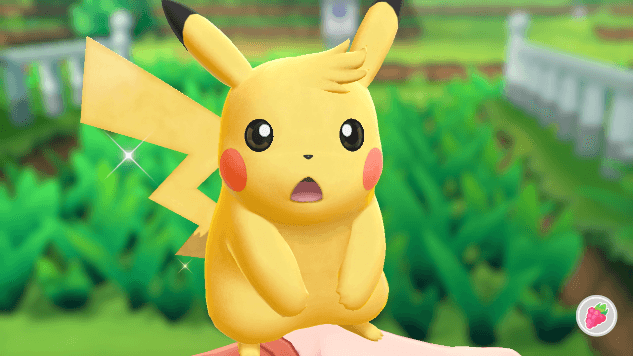 Obviously the Pokémon franchise, as with most Nintendo games, has a lot of queer fans. I think this game, in particular, will satisfy a lot of the gamers who are into the adorable aspect of Pokémon, because you can customize not only your clothes, but the clothes of your Eevee or Pikachu (depending on which game you get).

A lot of the conversation around Pokémon Let’s Go has been of the opinion that it’s a great game for people who might not be familiar with the series and may have been too intimidated to jump in. Although Let’s Go follows a similar structure to a traditional Pokémon title, it’s much less difficult and overwhelming. 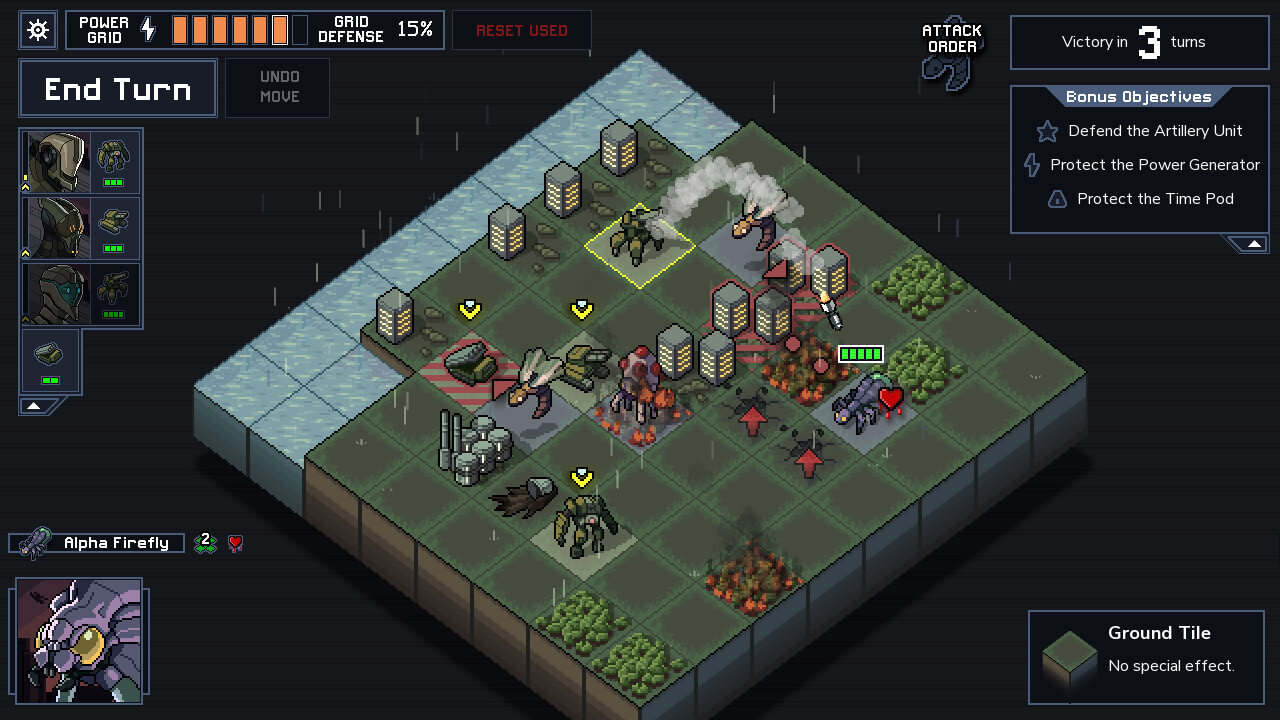 Ode to the gay nerds who love puzzles! Into the Breach is a turn-based strategy game that plays somewhat similar to Fire Emblem or other grid strategy offerings. It had quite a large learning curve when I was learning, but became addictive once I l figured out what was happening.

In each run of the game, you start with three robot units that have different abilities and you use them to defend different towns from alien invasions. But instead of just shooting them, you can throw them, trap them, or make them attack each other. The longer you play the game, the more you realize how creative you can be. Plus you’ll earn the ability to purchase new types of robots with different abilities.

If you’re a fan of creative problem-solving and puzzles, this game might be perfect for you.

If you don’t get the opportunity to play a lot of games, Dead Cells might be a pretty unique choice. It’s in the “roguelike” genre, which basically means that the levels are procedurally generated and it’s intended that you die a lot. Every time you die, you’ll get to keep certain perks in the game, sometimes weapons, sometimes health potions, etc.

Most of the complex parts of the game will be in the first half hour of play; beyond that, it’s relatively easy to understand. What makes the game so exciting is that because each campaign is procedurally generated, every time you play will be different. Sometimes I used a powerful bow to fight, sometimes I’d only use a magic ice wand — the possibilities are endless.

One of the coolest parts of God of War is that the game has no loading screens after it starts up. Even when the game has a cutscene, it’s seamlessly transitioned from the regular gameplay, so it creates an extremely cinematic experience. It’s a pretty standard action-adventure, but there are many details to explore that the game doesn’t immediately tell you about.

I’ve found that many queer gamers care about story a lot and I think this title will fill that void for you. Plus, Kratos is a hunk so he might fill some voids for you, too.

Given that mobile video games are the most common way for people to play, I figured it was a good time to talk about an awesome mobile game: Florence. In fact, Florence won the Best Mobile Game award at The Game Awards this year.

Pegged as an interactive love story, it’s filled with small mini-games and basic puzzles that tell a story in multiple acts mostly through the titular character’s thoughts. The entire game takes approximately 30 minutes to finish and is just a lovely little experience. 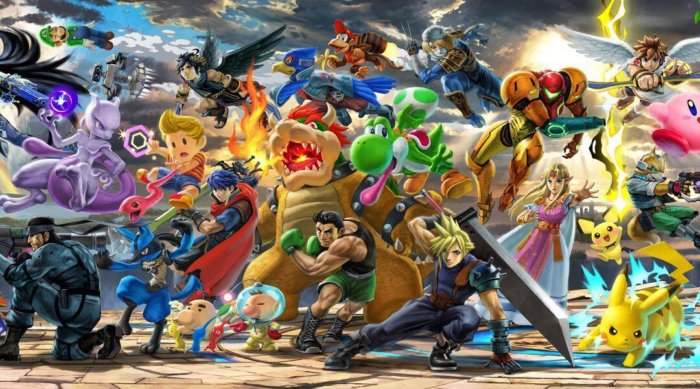 Look, I’m sure you’ve heard about the new Smash. If you’re on the fence, Super Smash Bros. Ultimate has something for everyone. It has every character that’s been in previous games plus some fun additions, including a new story mode if you’re into that kind of thing.

Without a doubt, Super Smash is one of the best games for parties, so if you need a way to sedate your younger relatives, get it for just that reason.

If you’re looking for a game with good visuals, look no further. Gris has to be one of the most stunning games I’ve seen in a long time. It was described by The Verge as “a stunning animated movie that you can play,” and that becomes clear upon watching the trailer.

Gris is a side-scrolling platformer game, but it’s seemingly impossible to die. The game wants you to explore its beautiful environments and solving puzzles. Not super challenging, it’s all about enjoying the ride!

Speaking of highly aesthetic games, Lethal League Blaze has very stylized visuals with one-of-a-kind gameplay to match. It’s described as a “competitive projectile” because although it’s a fighting game, it feels like high-speed dodgeball with distinct characters and abilities.

The game feels similar to others like Jet Set Radio or Splatoon in terms of aesthetic and music, so if you are into those art styles, that might be a big selling point. Lethal League Blaze has a novel take on fighting games and it’s worth it just for that.

In Donut Country, you are literally just a hole (pause for laughs). This unorthodox physics game has you find solutions to its puzzles by sucking things into the ground. And as you swallow more objects, the hole’s size increases.

It’s pretty simple in terms of gameplay and the colors are really vibrant. It’s a nice game to pick up when you’ve spent all day editing and you don’t feel like thinking anymore. So, if you have any journalist friends, maybe this is the one for them.

Do you want to a play a Miyazaki film? Well, this is the closest you’re going to get to that. The story is very cinematic and involves a little boy who builds a new kingdom that just wants to be allied with everyone. Ni no Kuni II actually incorporates a lot of elements from different genres: light Japanese roleplaying games or kingdom building games. There’s a lot going on, but it doesn’t force you to engage with anything you don’t want to.

If you’ve taken a break from gaming and are unsure what games you might enjoy, Ni no Kuni II is a great sampler.