The much-anticipated sequel season to 13 Reasons Why hit Netflix last weekend and doubled down on the macabre histrionicsbut excelled in places that matter. In many ways, it’s your everyday YA show in which teens take it upon themselves to solve crimes before the cops do. But Netflix’s flagship teen drama also offers groundbreaking storytelling, exploring dark and twisted narratives that are very much of the moment, and while it seems impossible for any one character to find a happy ending in the aftermath of a teen suicide, 13 Reasons actually caters to its queer characters.

Both seasons of the drama, based on the Jay Asher novel of the same name, feature three gay protagonists, only one of whom is a white gay mana monumental move for a TV show in any genre. Outside of queer-centric ghosts of TV’s past like The L Word and Queer as Folk, today’s LGBTQ TV characters are often tokenized or mired in tropes. 13 Reasons Why not only centers queer narratives, but also handles them with care. 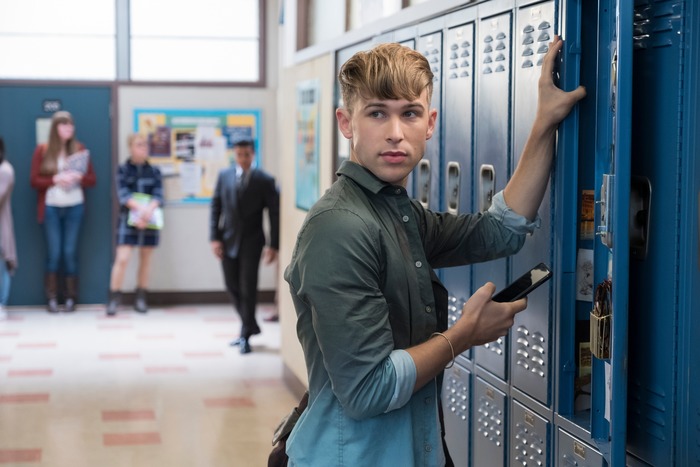 Played by Tommy Dorfman, Ryan is the least interesting queer character on the show. However, he’s still important. The show doesn’t play down Ryan’s femininity, and his girlishness is never the butt of the joke. He’s wholly himselfa writer and pop culture connoisseur who clearly thinks himself to be the next Carrie Bradshawand his friends love him for that. The only gay jokes that are made in this show illustrate the villainy of the school’s bullies. Other than that, queerness is totally normalized by fellow classmates, who echo the sentiments that being gay is no big deal, and that queerness comes in many forms. In some scenes at school or at a school dance, gay couples can be seen holding hands in the background, presented without comment, which is niceand a realistic depiction of everyday life. 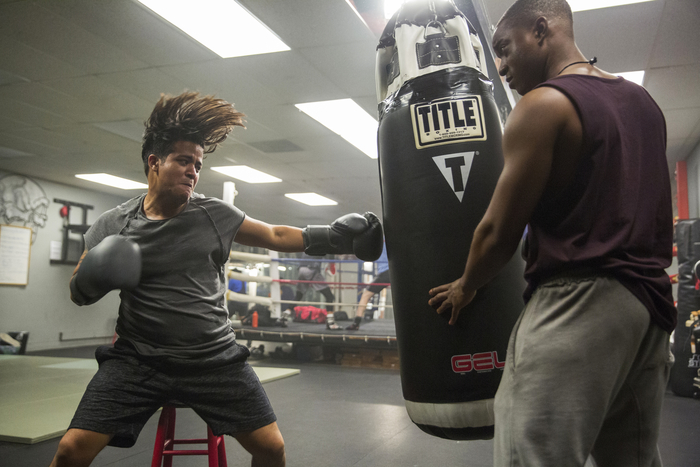 Tony (Christian Navarro) is one of two queer characters to get a happy-ish ending in Season 2. Over the course of the season, he develops a relationship with his boxing trainer, and after some bumps in the road, including a heated fist fight between the duo, Tony’s friends invite the trainer to their school dance, knowing Tony is too shy to do so himself. He’s been through the wringer, not just with Hannah’s suicide and delivering that message to his classmates last season, but with his violent past and anger issues. Tony is a very layered character who by no means falls into any sort of recognizable trope.

Bonus points for the way 13 Reasons handled the trainer’s natural coming out. At first, Tony doesn’t know his trainer is gay, and rather than make a big deal out of it or bog down their relationship with another heavy coming out story, the trainer just starts hitting on Tony. Tony is pleasantly surprised, and their chemistry develops naturally. Again, a precious show of tolerance and a reflection of real life (for some). 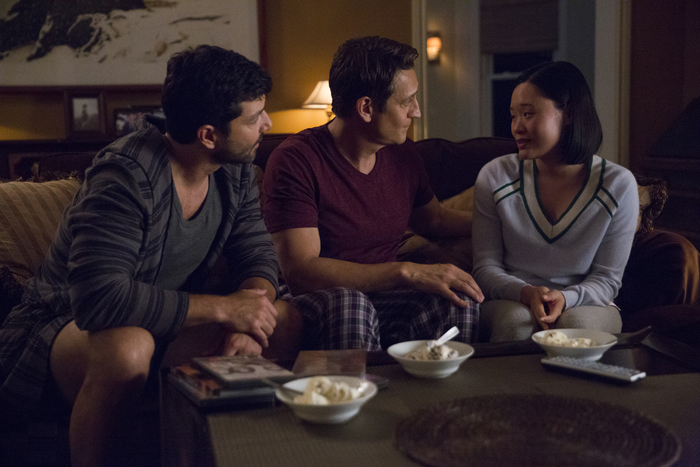 The best queer character on the show is Courtney, played by Asian-American actress Michele Selene Ang. Last season, Courtney had a brief fling with Hannah Baker, and their relationship was somewhat ambiguous, which resulted in heartbreak for Courtney, a baby-gay. This season, we find out how Courtney really felt about Hannah. She recalls the two girls getting drunk and kissing during a game of Truth or Dare, but when things heated up, Hannah shut it down and insisted the exchange was no big deal, leaving Courtneywho was clearly struggling with her sexualityembarrassed and hurt. In her testimony, she explains that Hannah kissed her for a second time after Courtney cried, knowing that she had just ruined Courtney’s first kiss, and wanted that memory to be a positive one for her friend. Courtney appreciated that, and sang Hannah’s praises.

This season, Courtney also comes out while on the stand. Her two dads were not yet clued in, nor were her classmates. It was heart-wrenching to watch: Courtney knew she had to come out in order to prove that Hannah wasn’t promiscuous or cruelbut rather it was Courtney who had a crush on Hannah, and Hannah handled that delicately.

Once she’s home safe with her dads, they try to welcome her as best they can by watching a gay movie with her. The show’s handling of queerness is progressive, but gosh, the jokes are hokey. After Courtney comes out, Ryan approaches her in the hallway and lovingly cracks a joke about Subarus and flannelwhich would’ve been hilarious in the ’90s. When her parents offer her a few movie choicesDesert Hearts, The Kids Are All Right, and Blue is the Warmest Colorthey argue over which film has the best lesbian moral compassand Desert Hearts is definitely off-message. Funny, but weirdly dated.

At the end of the season, Courtney introduces her friends to her new girlfriend at the dance. It’s mollifying to see a queer character have a happy ending (although I’m sure it’ll crash and burn in Season 3). But for now, I’m just happy Courtney Crimson didn’t fall victim to the Bury Your Gays trope, or be forced to navigate some tragic breakup after an already-dramatic coming out. She’s happy, her friends are happy for her, and that makes me smile. 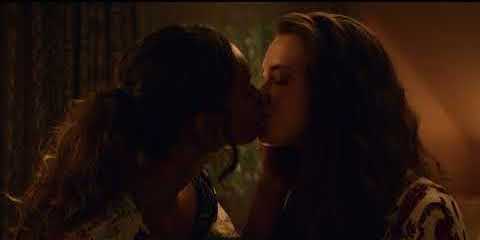 13 Reasons Why tackles sexual experimentation with tact, and lesbianism is never exploited in the show. Hannah has two girl-on-girl kisses; the aforementioned topless makeout with Courtney, and one we hadn’t seen until this season. In a flashback, we’re clued into how Jessica and Alex started dating.

But during the girl-on-girl kiss, Alex never makes it weird or male-gazey and never cracks a gross comment. And while he clearly enjoys watching the girls kiss, the moment never felt exploitative or gratuitousjust a natural experimentation between friends, which I think is important. This show does an extraordinary job at portraying queerness as a spectrumfrom same-sex friends kissing just to see what it’s like, to a kiss-turned-more (like Courtney), or being out and proudthe teen drama says everything is kosher, and everything is valid.

With that being said, this season does include a harrowing male rape scene that was nearly unwatchable. Tyler Down, one of the more troubled characters who spent the entire season more or less prepping to shoot up the school, was violently assaulted with a broomstick in the most vile scene I’ve ever seen on television. For that reason, the moment is drawing major blowback for its explicit anti-gay violence. The show’s creator, Brian Yorkey, defended the scene, insisting that extensive research on real-life male-on-male violence in schools went into that storyline. He said, “We are committed on this show to telling truthful stories about things that young people go through in as unflinching a way as we can.”

And as disgusting as the scene is, the scene was a reflection of how extreme homophobia and toxic masculinity can activate violence.

While 13 Reasons Why faced serious backlash last year for its morbid storytelling and glorification of teen suicide, it definitely stands out as an inclusiveand thus, realisticTV show. And that’s something teenagers need to see a lot more of.