This week get to know Daniel Seung Lee, a photographer originally from LA who has photographed people like Gus Kenworthy, Bill Skarsgard, and worked with brands like Google, Marie Claire, Nike, and more. Learn about his thoughts when people say “it’s just a preference,” deal breakers, what pride means to him, and more. 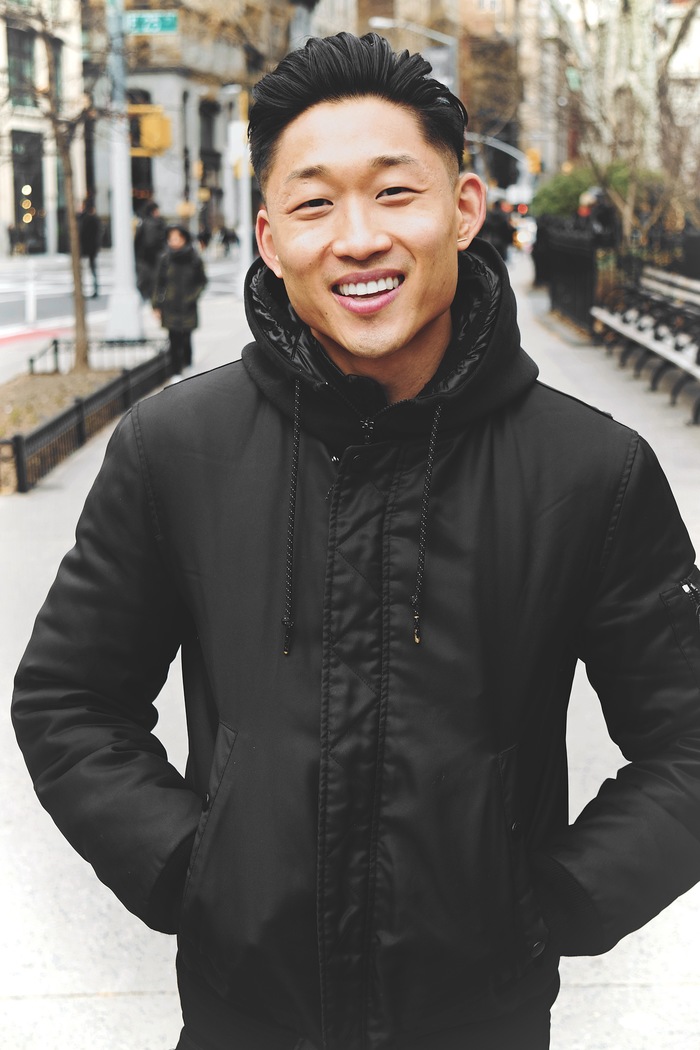 1. What do you love about the LGBT community?

I think we’ve all gone through this common experience of facing adversity. I think after all these years of feeling alone, that we have this family and community that we rely on. There’s this sense of knowing that they’re there. I think gays rule the world behind the scenes, nothing would get done otherwise.

I think any form of HIV prevention is great. What I specifically love about PrEP is that it really resparked a conversation about sexual health and sex positivity in the gay community. I don’t really remember there being so much dialogue, especially on social media about sex in general so I think that really helped move that conversation forward and helped more people be more sex positive. I also think what’s not really talked about a lot is that it’s great for couples. I think it helps remove the stigma for couples with mixed HIV status’ and it’s not talked about a lot.

3. How did you feel attending your first pride?

I think I was in LA, in college. I must’ve felt really nervous at first because for many reasons, I was still in the closet in the sense that I wasn’t out to my close friends, I wasn’t posting anything on social media because most people from my past from high school didn’t know. So I was still a little nervous being out and about at a pride. That being said, I think I really got over that pretty quickly when I was there and I saw the excitement and joy from everyone that it really gave me hope for what my life could look like in the future and it changed my outlook on life.

4. What does pride mean to you?

Pride for me means being secure in yourself and wanting to share every part of yourself to the world, even if that means the world is against you for whatever you are.

5. What’s a song you consider to be an LGBT anthem?

That song ‘Proud’ by Heather Small from Queer as Folk 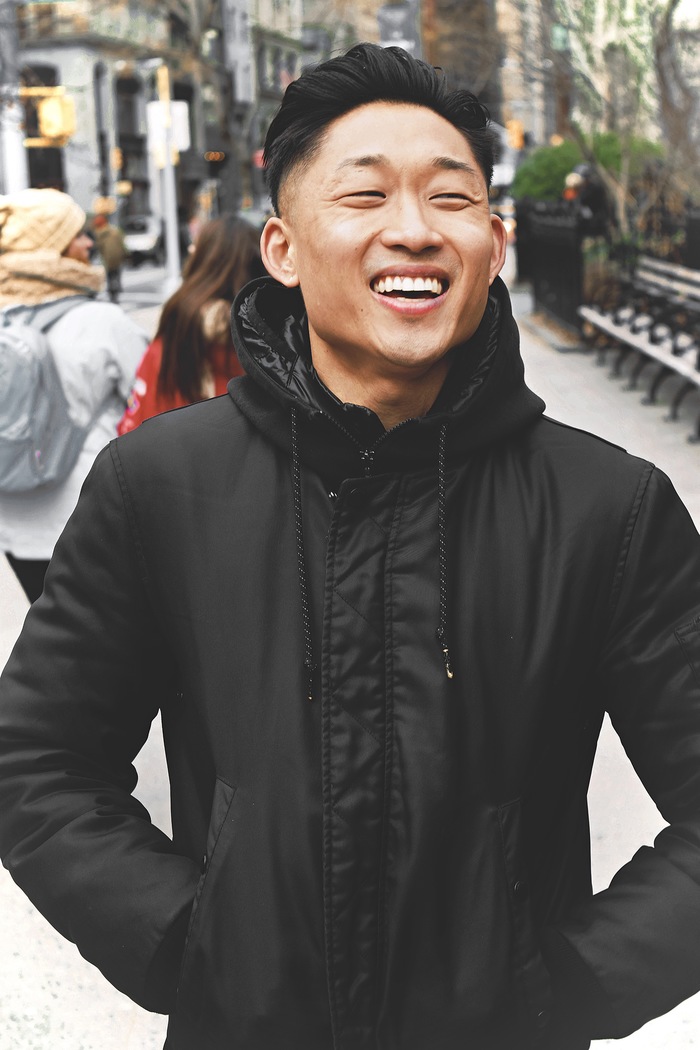 6. What’s advice you have for LGBT youth?

I think the younger LGBTQ generation is very different today because I think a lot of them are already out at a very young age so I think all the advice out there has already been said. So if I can speak to those who are already out, I would say to them and their parents to get involved with their local LGBT centers and to educate themselves about the community and its history. I really think those kids are going to be the huge change that we need in the world. Unfortunately, hate is taught at a very young age and so these kids will educate their other classmates.

Yeah! Are there people who don’t?

Someone who’s compassionate, patient, kind, and someone who can love me at my worst.

10. Use 3-5 words to describe your coming out experience?

11. How do you feel about LGBT representation in media?

I think over the past decade or so there has been great representation of gay men. That being said, I think there needs to be more variety of represenation for the LGBTQ community in general which includes people of color. When I grew up, if there was any LGBTQ representation on TV or movies, it was always a white guy, and for me I’d never seen Asian guys, let alone gay Asian men so that still needs to be worked on. If I had a gay asian role model growing up, I would be a completely different person today.

I’ve always struggled with my intersectionality between my ethnicity and my sexual orientation. Even at a very young age I felt shame. I always say that yes, as hard as it was for me being in the closet, I have just as hard of a time being Asian in the gay community and even at a young age I knew that there was something wrong with that and I felt shame about it. I felt like I was less than and so I feel like if there was more representation of people of color within the gay community, that would be amazing.

12. What would you respond to people who say “it’s just a preference!” in reference to dating apps?

Today, as sad as it is, I’m kind of numb to those that say “it’s just a preference” or “no Asians sorry” and I just think “well, good riddance thanks for letting me know not to waste my time on a terrible person like you”. Yesteryear, it really did hurt me like you couldn’t even imagine. 100 guys could message me nice things and if only one guy said that to me, I really thought no one would ever fall in love with me because of my race. I have learned that these people who don’t want to date an entire ethnicity isn’t worth my cute precious Asian time! 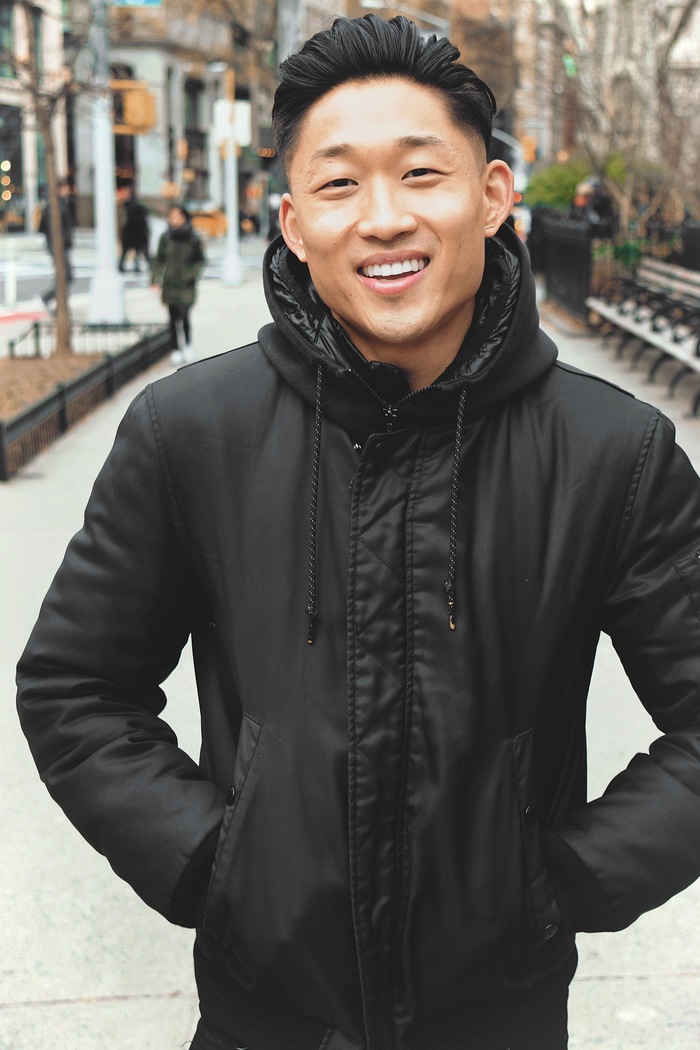 15. Have you found your chosen family?

I think ever since I made the move to New York, I think my chosen family is everyone I’ve met over the past five to ten years because I think they helped make me into the person I am today. For the first time, this phase of my life is a phase where I feel confident and secure in myself. I’ve never felt that before and I know that’s all thanks to the people I surrounded myself with.

16. What is the title of the current chapter of your life?

17. What’s the most annoying thing about you?

18. What are deal breakers for you when dating someone?

19. Do you think LGBTQ+ youth have it easier?

I think it’s easier for gay and lesbian youth today but that’s on a case by case basis. That being said, I think it will always be hard for trans and intersex youth because they’re dealing with their gender identity. As adults, we label genders on the day that they’re born so they’re having to question their identity from a very young age whereas sexual identity isn’t dealt with until an older age. I think it’ll always be hard for trans and intersex youth unfortunately but hopefully we can make it better in the future.

20. What value has being a gay man given you?

I think I’m more compassionate, I’m stronger, and I understand privilege more because being asian and gay, I’m double marginalized.

Stay up to date with new photos of Daniel and his work over on his Instagram! He is currently represented by Tinker Street and lives in Brooklyn, NY.