The 20 Queer Qs series seeks to capture LGBTQ+ individuals (and allies) in a moment of authenticity as we get to know the subjects, what makes them who they are, what they value, and their thoughts and opinions on topics surrounding the LGBTQ+ community including thoughts on love, dating, media representation, identity, advice for LGBTQ+ youth, and more.

Get to know Meredith Talusan, a fiercely intelligent Filipina-American writer and editor who encompasses an array of identities. Her work has been featured on The Guardian, VICE, BuzzFeed, Wired, and more. Learn about her thoughts on love, what she finds sexy, advice for LGBTQ+ youth, her chosen family, and more. 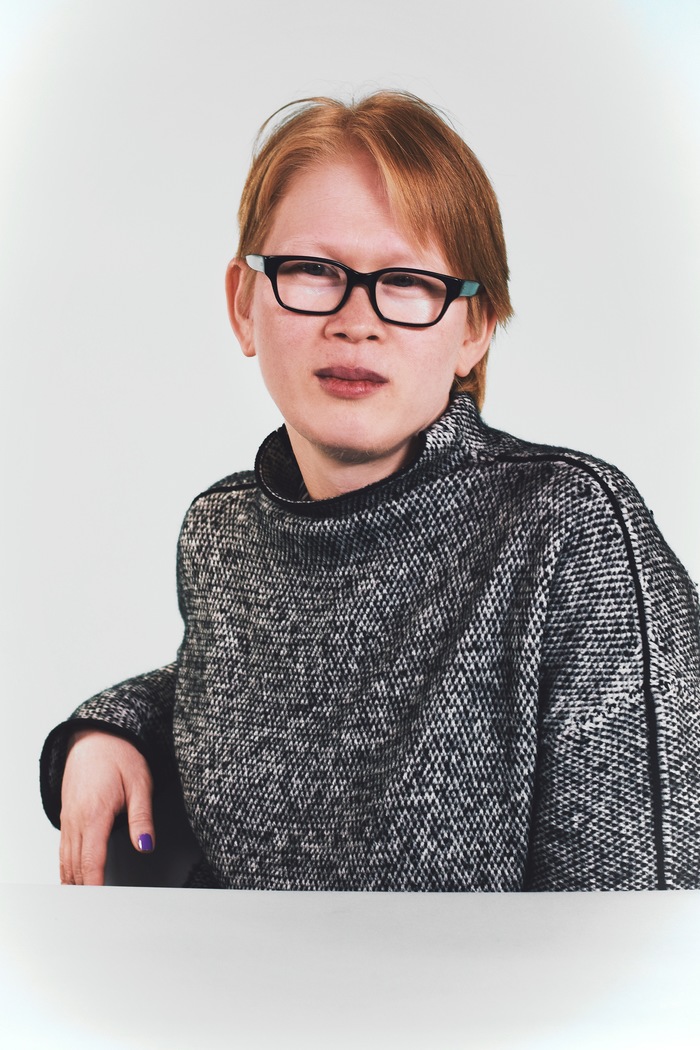 1. What do you love about the LGBTQ+ community?

2. Talk about your first queer kiss?

Because I’ve moved through a lot of identity configurations and some of them were not – like what does it mean to be a binary trans woman that’s kissing a cis straight man for the first time. Is that queer? Maybe it is. So I grew up in a super catholic background in the Philippines, moved to the states at 15, was very much afraid of American culture, was socialized to believe that I shouldn’t date until college.

Then when I got to college, I started kissing people. There was this guy, his name was Stephen, I was gay male identified at the time. He went to BU and he went to the first queer dance at Harvard and then we went to a formal together at Harvard. He was tall, 6’2 and now in retrospect, kind of problematically if you were to use the word straight acting, that would’ve been a description of him. So then we came up to my room after that winter formal and we kissed and it was great.

It was this really odd sensation because I’d been exposed to gay culture, I was just coming out at that point and so there was this very weird, especially because he was this tall and prototypically athletic so there was this definite. In retrospect, I’ve had significantly more queer sexual dynamics since then and physical dynamics. But at the time, it really did feel like I was a girl, kissing a guy who happened to be attracted to me in my current state so it was definitely a genderqueer thing happening there. Then it turned out that he was really hot but also boring.

3. What’s a song you consider to be an LGBTQ+ anthem?

Whenever people talk about LGBTQ+ anthems, I find that people are referencing gay male anthems like “I’m Coming Out,” “I Will Survive,” etc. A song that is really meaningful to trans people is the song “Reflection” from Mulan which applies to both transmasculine and transfeminine people and it gets passed around, the meaning of reflection. It’s like this quiet anthem that needs to be bigger.

4. What’s advice you have for LGBTQ+ youth?

Advice I have for LGBTQ+ youth is to know your own power. Know your own knowledge, own your own knowledge. I feel like we’re living in a world right now where young people know just as much, if not more than older people and I find myself constantly learning from people who are younger than me, and growing because of the fact that I hope that I’m the kind of person that has the capacity to learn from people who are younger than them and I know there are older people who have a hard time doing that. For me, maybe that’s part of the reason editing a youth oriented queer publication is a really good fit for me because I just love new ideas, new ways of thinking of things, and new ways of framing something that I thought I knew. Those are all amazing things that young people have really strived and fought for. Own your own knowledge.

6. What values would you like in an ideal partner?

I don’t think there’s an ideal partner. I think there is an assumption in American culture that people are who they are and they partner with other people who are who they are, they come together and that’s not how partnership in a Filipino context works. In a Filipino context, the idea is that you expect your partner to change you just as you expect your partner to be changed and it’s your union that is the entity, it’s the two of you together. So for me, my current partner is kind, he’s incredibly supportive, ridiculously smart, and can put up and be patient with the fact that I spend my days making decisions and expecting other people to follow them and to my detriment, I bring that attitude home with me.

Problematic Faves. I love them but there are times where I think they’re transmisogynists.

8. Describe what the LGBTQ+ community is to someone who knows nothing about it.

The LGBTQ+ community is like a big tea party where everyone is dressed in fancy costumes and is sipping different types of tea. But then there are just moments when everybody goes unexpectedly silent and everybody just looks at each other and is happy to be there.

Complicated, but in the best way. 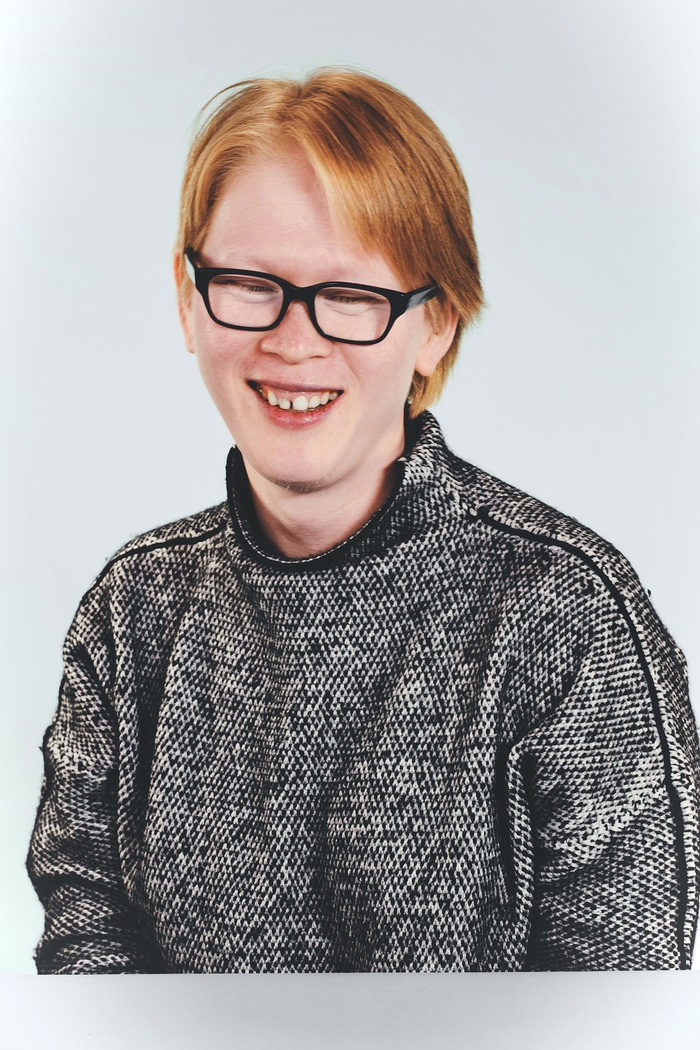 10. What hopes do you have for the LGBTQ+ community in the future?

I hope that the queer community can continue to be as vital, innovative, creative as it has been while at the same time incorporating as many people from varied intersectional backgrounds as it can and recognizing that a queer community led by white gay men is no longer an actual queer community.

11. Is there a LGBTQ+ TV show or movie that has had an impact on you?

Tongues Untied by Marlon Riggs. It’s an experimental queer film by a gay black man. Coming from a conservative part of California and coming to Harvard, the first class I ever took was “Topics in Gay Male Representation.” That was the first properly queer movie that I saw and it was the first time that I identified my queerness not just as a quality but as a creative possibility.

12. What’s your earliest memory that you felt you were different?

So I was raised by my grandmother because my parents had me when they were young and my grandmother (bless her heart) allowed me to suckle on her breast even though she didn’t have any milk and I have a strong memory of doing that and I was maybe a year old at most and noticing that my skin was white and her skin was dark but everyone else around me had dark skin. I think I was like, “Oh! I’m different in this important way.” I grew up in a rural part of the Philippines where I was the only albino kid so I think because of that experience, I was aware that people were paying attention to me and fawning over me and there were a lot of people all the time being attentive to me and when I put it together, I realized it’s because I look different than everyone else.

13. Have you found your chosen family?

14. What is the title of the current chapter of your life?

16. What are deal breakers for you when dating someone?

Emotionally, I don’t want to say deal breaker – but I would say insecurity can be hard. I try to be as tolerant of it especially when it expresses itself in people who have been historically marginalized because there’s a correlation there. But with people that I am closest to, I try to get to a place with them where I can support and nurture them such that they feel that those insecurities can somehow be mitigated or resolved through our relationship, because I’m an unusual marginalized minority that’s not particularly insecure because I don’t have that early childhood history of being marginalized for being different.

17. How much does your queer identity play into your overall identity?

It’s just one of many identities I occupy. Professionally I work in the queer arena, and also trans related issues have been at the forefront of national discussion. It’s relatively prominent, but I’m also a first generation immigrant, albino, and as a result, I’m also disabled. I’m an avid swimmer, I’ve trained in dance when I was a kid, I’m interested in photography, knitting and I’m a person that has so many interests and belong to so many communities, that I feel like being queer is simultaneously such a small part of that but informs everything I want to do.

I want to feel as if I’ve nurtured as many marginalized people as I can to reach their full potential as I myself have been nurtured by others.

Phillip Picardi gets me. He knows what pushes my buttons and knows how to get me to do things that I don’t think I’m interested in doing. I turned him down the first time he offered me this job and he figured out how to get me to say yes. Then as soon as I was here within the first week I was like, that was so dumb. If he hadn’t figured out how to frame the job to me in a way that would allow me to get over myself to say yes then I would not have this singular amazing opportunity.

20. What value has being a trans person given you?

If I had been born cis, I would’ve been absolutely insufferable if I was a cis woman. Because light skinned blonde people in the Philippines are treated – there’s so much colonial mentality in the Philippines so I would’ve been just ridiculously spoiled and nobody would be able to stand me except people who would want to sleep with me. I’ve gained creativity, insight, a perspective on the world that other people don’t have. I’ve gained a community and an entire set of relationships that I am deeply proud of and deeply grateful for.

Meredith is currently an Executive Editor for them, Conde Nast’s first queer community platform. She is currently writing a memoir, Fairest, with Viking Books exploring race, gender, immigration and intersectionality. For updates, follow her on Facebook and Twitter!