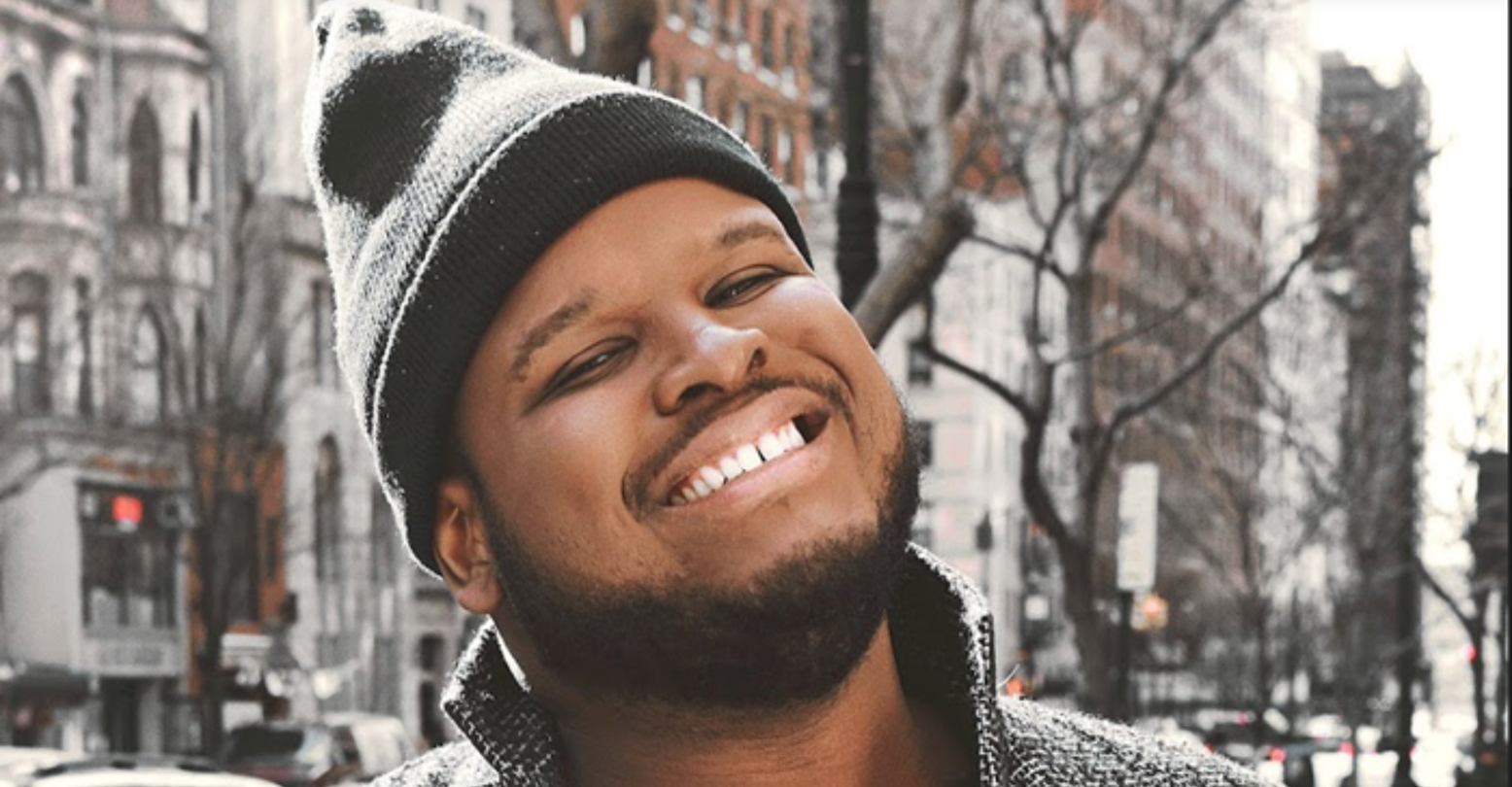 The 20 Queer Qs series seeks to capture LGBTQ individuals (and allies) in a moment of authenticity as we get to know the subjects, what makes them who they are, what they value, and their thoughts and opinions on topics surrounding the LGBTQ community including love, dating, media representation, identity, advice for LGBTQ youth, and more.

The goal is to leave you, the reader, like you just gained a new friend, a new perspective, and that you learned something new about or saw a different side of someone, maybe one that you don’t see online, but one that’s maybe like you.

This week get to know Phillip Henry, a comedian and writer based out of NYC who is as hilarious and intelligent as he is on Twitter. He’s written for Teen Vogue, Mic, and others! Learn about his feelings about his chosen family, advice for LGBTQ youth, what he hopes to change about himself, and more. 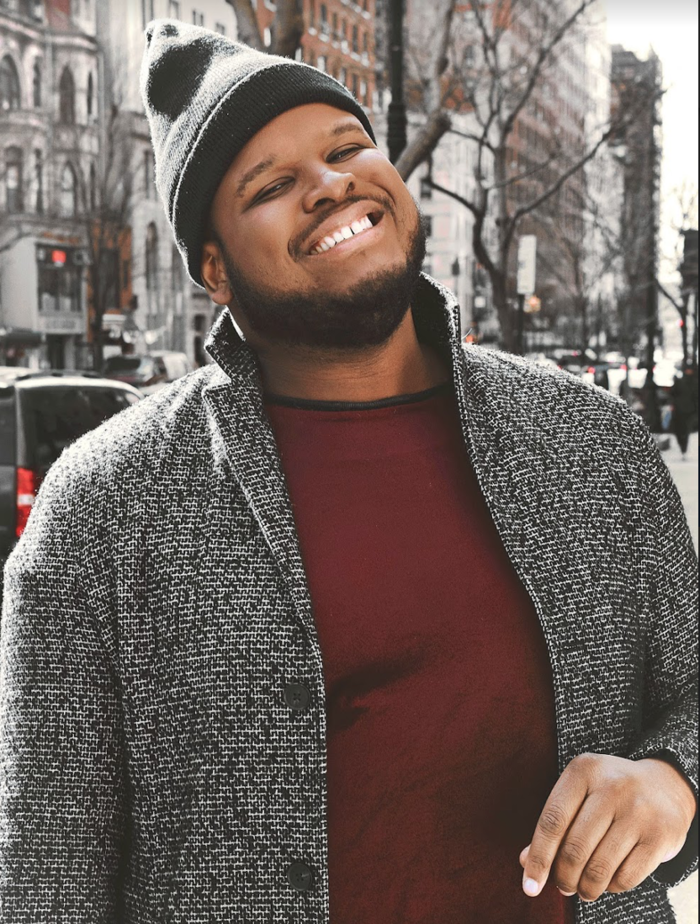 It’s a lot to love, it’s vast. Its diversity is probably the thing that I like most about it. Being a part of the culture and experiencing queerness firsthand, I’ve learned that queer culture is fun. The community can be really vibrant and beautiful and it’s magical. I think queer people have this amazing capacity inherently to make people, in general, feel better, not just ourselves. There’s this queer magic where we can collectively do a lot of things that the straight community can’t.

I love it, I’m a huge advocate for it. I think personally that everyone should make decisions for their body that are their own and do what’s best for them, I understand anyone who doesn’t wanna be on it. It’s a personal decision for your own personal health. For me, it’s made me much more aware of my sexual health and what I’m doing than when I was not on it just because I get tested more frequently and I feel more in control of it.

3. How did you feel attending your first Pride?

It was years ago. It was the summer after freshman year of college. I was really scared because I didn’t know what to expect. I was nervous, I was freshly out, I’d only been out a year in college, I wasn’t out to my parents at the time and these were new friends who were like, “we’re going to Pride!” A lot of my friends were a few years older than me and had already done this rodeo, and I felt like I was being inaugurated into something that I didn’t know what it was.

I had a minimal understanding of what Pride really meant and what the queer community was like. This was in Atlanta which has a huge Pride celebration and it was crazy. I had a really great time and it was my first experience where I got to be in a queer environment where there were so many different types of queer people.

4. Do you think younger LGBTQ youth have it easier?

Not necessarily, they have it different. Generally speaking, I think that aside from those who grew up through the 80s and 90s, those of us who have navigated in the 2000s, it was different, but I don’t think it’s necessarily easier today. Sure, it is in ways which is great. That’s literally what we fight for so that it can be easier. It’s not something to be upset about, it’s something to take pride in. I wouldn’t say it’s easier, it’s just different. Homophobia is not out of style in any way shape or form it’s always in season.

5. What advice do you have for LGBTQ youth?

Carve your own path, do you. Because nobody else is going to do it.

6. Who is the most important ally in your life?

Now it’s my mom, it wasn’t before. I was out, but it was something that we never openly talked about, she never met a boyfriend, none of that. Trial by fire, she was here and came to see one of my shows and stayed with me and I stood on stage and talked about gay sex for an hour and she loved it. So now it’s just created a feeling and bond for me that’s different.

Gonna save the world.

11. Use 3-5 words to describe your coming out experience?

12. How do you feel about LGBTQ representation in media?

It exists. I don’t think there’ll ever be enough but it’s also very narrow. Our representation in the media is very specific to a specific type of person and it is predominantly cisgender white men. We can go a long way in representing queer people in a way that is more inclusive and accurate ultimately of what queer people are like. It would be helpful for outside communities to see that so that they don’t think all gay people are Neil Patrick Harris.

13. What are your thoughts on people who say masc4masc?

14. Are there ways that comedy has inadvertently helped you that you didn’t realize it would?

It’s definitely made me more comfortable with who I am. I stand in front of a group of strangers and tell some very hyperbolic but real truths about my life and allow other people to laugh at them. As far as navigating queerness, It’s certainly made me braver and more confident in my ability to be who I want to be and be happy with it.

15. What is something you want to change about yourself in the next six months?

I’d like to be less petty and a little kinder.

16. Have you found your chosen family?

I think it’s always growing, but I got ‘em. They are the most supportive but also correcting people who I know will call me out in a second. I think you should find people you enjoy hanging out with and people who are going to be real with you. Find someone who wants to hang out with you that’s not only going to be at a bar on a Saturday night. These are people that spend time in my home, that I talk to throughout the day, they know me and we worry about each other. Each others’ successes are our successes and that’s important. Ultimately, that’s all I ask of my family…that we exist in wanting to see each other be as successful as we possibly can. A rising tide raises all ships.

17. What is the title of the current chapter of your life?

“Queen of the Night” by Whitney Houston

Pete Villarreal, she gets it good or bad.

Resilience. We get beat down a lot. Being queer comes with a boatload of rejection inside and outside the community. You tie that in with being a black person, you learn to keep going. If you’re going through hell keep going. That and the ability to not take shit from anybody. I don’t put up with disrespect too much. I don’t care who it comes from, what your job title is, who you know, I think that I’ve learned that I’m going to demand to be treated the way that I think I should be treated and there’s nothing wrong with that, especially when that demand is low. It’s not special treatment, it’s treating people with basic respect and dignity is actually not a privilege, everyone is deserving of that and so I will ask for what I want.

If you find yourself in NYC, Phillip hosts a weekly comedy show and drag race viewing party at Vodka Soda / Bottoms Up. Follow him on Twitter to get updates on shows, humor, and takes.