The 20 Queer Qs series seeks to capture LGBTQ individuals (and allies) in a moment of authenticity as we get to know the subjects, what makes them who they are, what they value, and their thoughts and opinions on topics surrounding the LGBTQ community including thoughts on PrEP, religion, love, dating, media representation, identity, advice for LGBTQ youth, and more.

Intimate conversations have subjects talking about questions from their favorite drink to order, whether they prefer a night out or into more in depth questions like the ease or difficulty of making gay friends, discrimination and racism in dating, tackling stereotypes and the people that inspire our subjects.

The goal is to leave you, the reader, like you just gained a new friend, a new perspective, and that you learned something new about someone, like you gained a friend, or saw a different side of someone, maybe one that you don’t see online, but one that’s maybe like you. 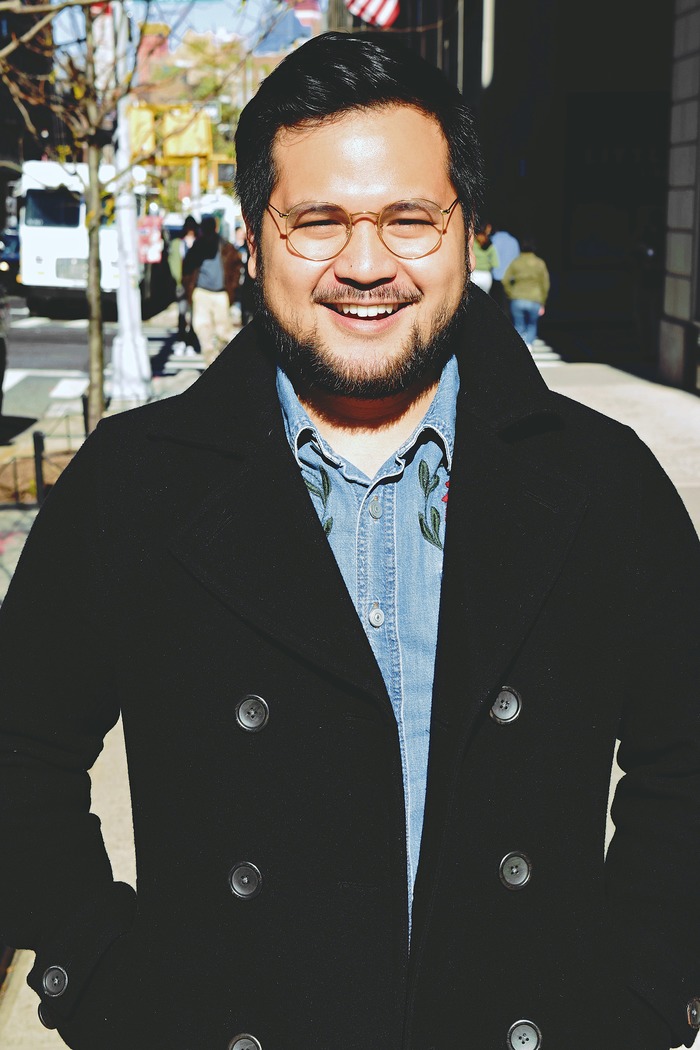 Talk about your first gay kiss
I was with my first boyfriend when I was a freshman in college and I was out for about two seconds before we got together. We were watching a movie together in his dorm room, I think we were watching The 40 Year Old Virgin.

And the kiss felt like it was years in the making and was probably the reason that I stuck around in that relationship longer than I should have because that first kiss was amazing.

What are your thoughts on PrEP?
I’m in favor of anything that is somebody taking control of their own sexual health and sexual identity, so I’m totally for it.

What are your thoughts on dating in the LGBTQ community?
As an Asian man, the thing I think about all the time is how racist we are as a community and how bad we are at talking about that racism and so I would like to see more honest conversations about that aspect of dating.

Do you think it’s hard to make gay friends?
To be totally honest, it’s hard if you make it hard. I know I got in my own way of making gay friends and when I just let go and was more open to it, I have more gay friends now. I think I had a concept of what it meant to be a gay man that I was constantly pursuing and pushing myself towards so there was a lot of self-judgment that I’m not cool enough, out enough, or queer enough to be friends with gay people. So I think a lot of my inability to connect with queer people came from judging my own queerness.

What’s advice you have for LGBTQ youth?
I would say spend less time trying to hide the things that make you different and more time exploring how that is your superpower.

Who is the most important ally in your life?
I would say, I, like a lot of gay men have been lifted up by a lot of my best female friends. So I would say my best friend Elizabeth who is as straight a female as they come and yet helped me through a lot of things that I’ve dealt with as a gay man.

Describe what being gay is like in 3-5 words.
Awkward but fabulous.

What are your thoughts on people who say masc4masc?
I would say “get over yourself” I’m tired of it. I think we do a lot of damage by prioritizing masculinity to ourselves and other people.

I’d like to thank everything bagels and pizza for keeping me afloat this day, and every day. (📷: @maraudingmatron)

What are your thoughts when people say “It’s just a preference!” in reference to race in dating apps?
I think for me, it’s this conditioning where sometimes racism against Asian people doesn’t count.

I had a white boyfriend who used to call me eggroll every once in a while, but he would always follow it up with, “Oh, I don’t really mean it!” As if to say it’s okay to joke about racism against Asian people because it doesn’t really matter, like it’s not as offensive as other kinds of racism. I feel like as an Asian person, I’m kind of conditioned to believe that too. I would say it took me a while to recognize it.

What runs through your head when you get tested for HIV and/or STDs?
I think there’s always this moment of self-doubt. However safe and aware you are, you always have that moment of “what if” and you always imagine what you’re going to do if it comes back positive.

What’s your earliest memory that you felt you were different?
Yeah, I have two memories, one positive, one negative. The positive memory is that I memorized the choreography to Chicago when it was on the Tony’s that year and so I learned it and would perform it for my sister and I feel like that was really big, her approval, that was really big for me.

On the negative, I remember very distinctly the first time somebody told me I talk like a girl. It was in middle school, people’s voices were starting to change, I was just talking to a friend one day, and somebody walked by and said, “Tobin, you always talk like a girl!” It was such a crystallizing moment for me like, “Oh, my voice is different, the way I act is different, maybe I should try to hide that.”

I bought an inspirational sign to keep me #mindful and #blessed

How did you feel attending your first Pride?
To be totally honest, I felt anxious at my first Pride. I have crowd anxiety so anything with a lot of people at it, I’m a little uncomfortable. But more so, it was that I think it’s taken a lot of years to get over myself and to get over this idea of not being cool enough to be an out and proud person.

Though I think my first Pride, to be honest, was a challenge to myself to be more out and proud.

Do you think cis, hetero women should be in gay bars?
I think that anyone entering a space that was not built for them, the requirement is that you enter understanding the community that you are a guest of.

So I think straight women are allowed in gay bars, I don’t think they’re allowed when they take over or clearly don’t have an understanding of the community that they are the guest of.

What are deal breakers for you when dating someone?
If they’re rude to service people, anyone who doesn’t respect my time, especially if I’m dating someone white and they tell me they’ve dated Asians before is a big red flag for me.

Who is someone in your life who gets you?
I am going to point to my co-host, Kathy. Partly because I think I spend the most time with her not just professionally but outside of work. I think people are always surprised that we’re friends in real life. We have many people who say to us, “Oh, you’re actually hanging out!” I think she’s someone who can read me extremely well and I think the people you’re closest to you sometimes have to do the least talking with. They can read your energy and know you’re having a tough day or something is bothering you and know to reach out or accommodate you based on the energy you give off.

Congratulations, you’re still in the running to be America’s Next Top Model

Do you think LGBTQ youth have it easier?
I certainly see that there are more cases of younger LGBT folks feeling more comfortable in coming out at an earlier age and exploring identity at an earlier age, that being said, I was moderating a panel recently with a bunch of gay authors and there was a teenager in the audience who raised their hand and asked the question “is there something dangerous about telling kids ‘it gets better?’”

I think what he was asking is this idea that you’ll ever stop struggling with identity and especially in the political climate the way that we’re done fighting or that we’re done pushing for rights for LGBT people. It can be a little dangers to buy wholesale into this idea that the younger generation have it easy and that the struggle is over.

What is the biggest value that you have gained from being in the LGBTQ community?
I feel like I’ve become a much more empathetic person. I was interviewing Mark Takano, who is the first out person of color in the House of Representatives, and he said something that I think about all the time, which was, “If you’re a gay man, that doesn’t make you good just on face value. What it does is offers you the opportunity to build empathy because you have your own experience of whatever your struggle is and you can use that as a way to build empathy for other communities that also have to struggle for their right to exist.” So I feel like being gay has made me a more empathetic person and that is a choice you have to make, it’s not something that comes by default by being queer.

What is something you want to change about yourself in the next year?
I have realized that I sometimes confuse treating myself with self care.

I think one thing that I would like to change is actually engaging in what self care means and that doesn’t always manifest itself in material things or buying myself things. That self care looks a lot more like health and mental wellness and i think those two things are easily confused with sometimes.

Tobin Low is a co-host of Nancy. Nancy is a production of WNYC Studios