We’ve already seen the SICKENING looks that the attendees and RuGirls served up during DragCon New York (check out our Day One and Day Two rucaps), but what about the glamourous exhibitors?

Here’s five of the coolest items you’re going to want to add to your wish list, from fans to awesome t-shirts. Sugar daddies, you better get your credit cards ready.

There’s no better way of calling shade than the massive whoosh of a fan. Dirt Squirrel have your daily shady requirements covered with their collection of flawless fans.

If you’re after a nice floral printed fan or something a bit more, shall we say, ‘out there’, you’ve pretty much got a wide, open selection. Our personal faves are the “Power Bottom”, “Daddy”, and “Shade” fans, which are suitable for ANY occasion, we’re sure you’d agree.

As owners Wade Hopwo and Daniel Lypchuk put it themselves, Dirt Squirrel products are all about being used to “describe our friends during times of moral inconsistencies or questionable character”. 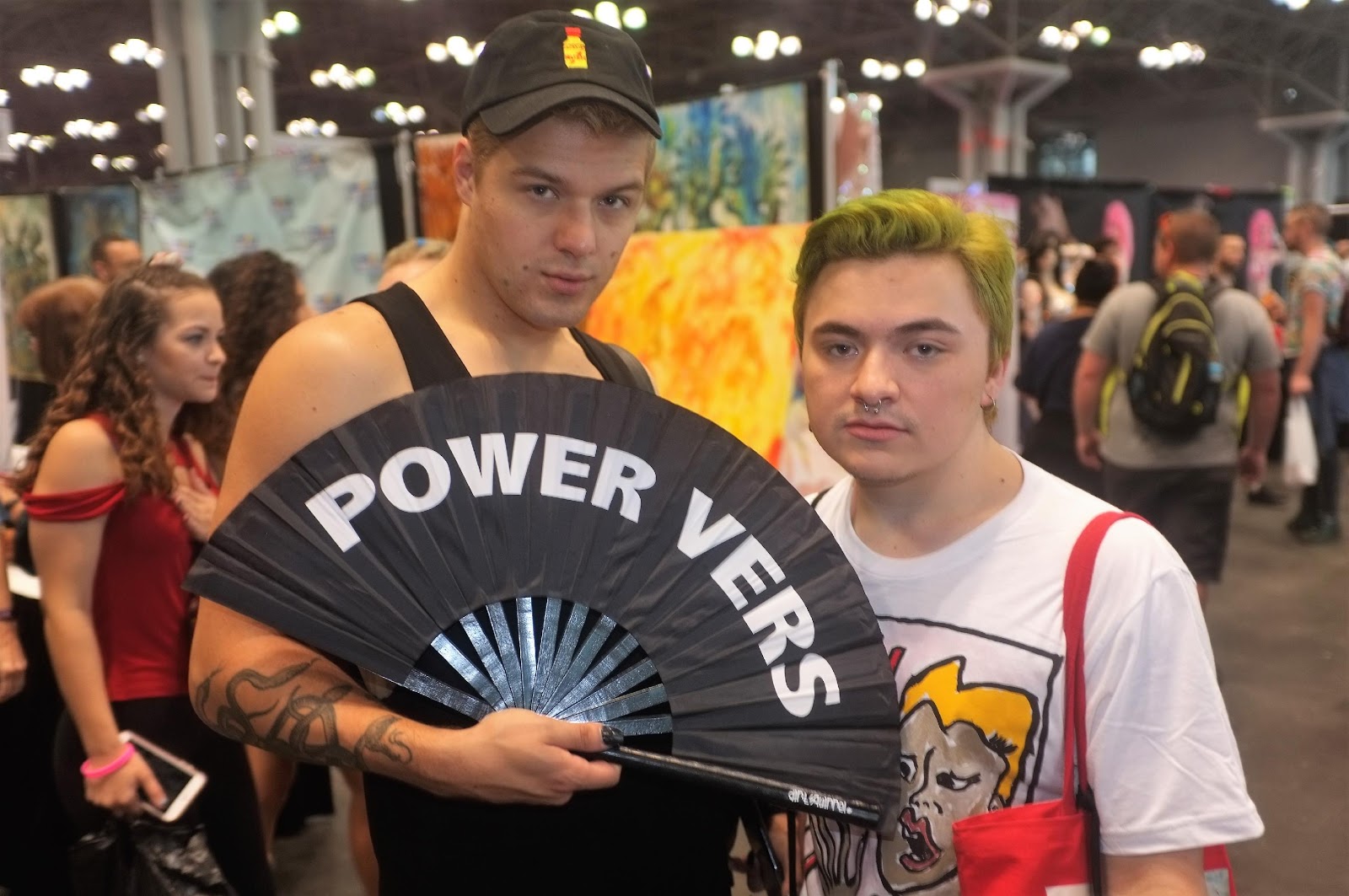 Abandon Ship Tees Abandon Ship best describe themselves as “drunk dudes making graphic t-shirts with fucking love”, and for that reason, we’re sold.The brand, which originally hails from Scotland, focused on creating cool stuff that has an impact, such as their “Fuck Gender Roles” and “I Am Not My Anxiety” designs.If you’re ready to make a statement, Abandon Ship is your new favourite store.

Off to New York and Philadelphia for a week! See you soon @rupaulsdragcon ! Here’s a picture of me in front of the new #abandonshipdundee wall I drew. I’m back on the 15th and we open Saturday 16th! Exciting times! See you on the other side! #noteverythingsucks

Chad Sell is an incredibly talented illustrator, who is perhaps best recognised for his depictions of the contestants from RuPaul’s Drag Race.

His designs have been applauded by many of the queens themselves, and are available to buy in poster, print, an even book form where each season has its own designated collection. 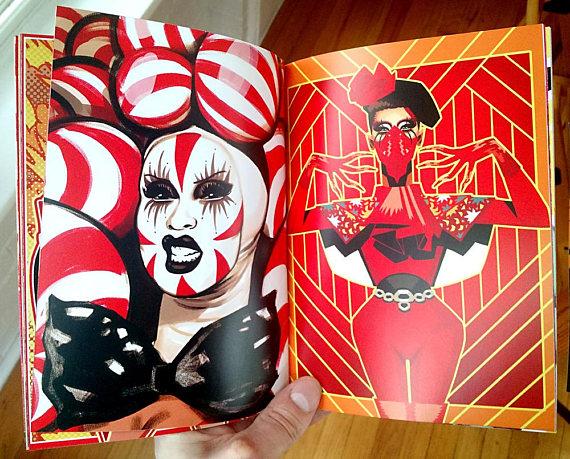 Are you ready to get funky fresh with some in-your-face designs?

Founded by fashion graduates Neil Marek and Robbie Richard, Marek + Richard is all about standing out and having fun, whether it’s through jockstraps, crop tops, sweatshirts, or even kitchenware. Their designs are based around street fashion and pop culture, so you know it’s gonna be on trend.

It’s also worth pointing out that their mascot was serving some serious Fraggle Rock realness on the DragCon floor, and we were loving every bit about it. 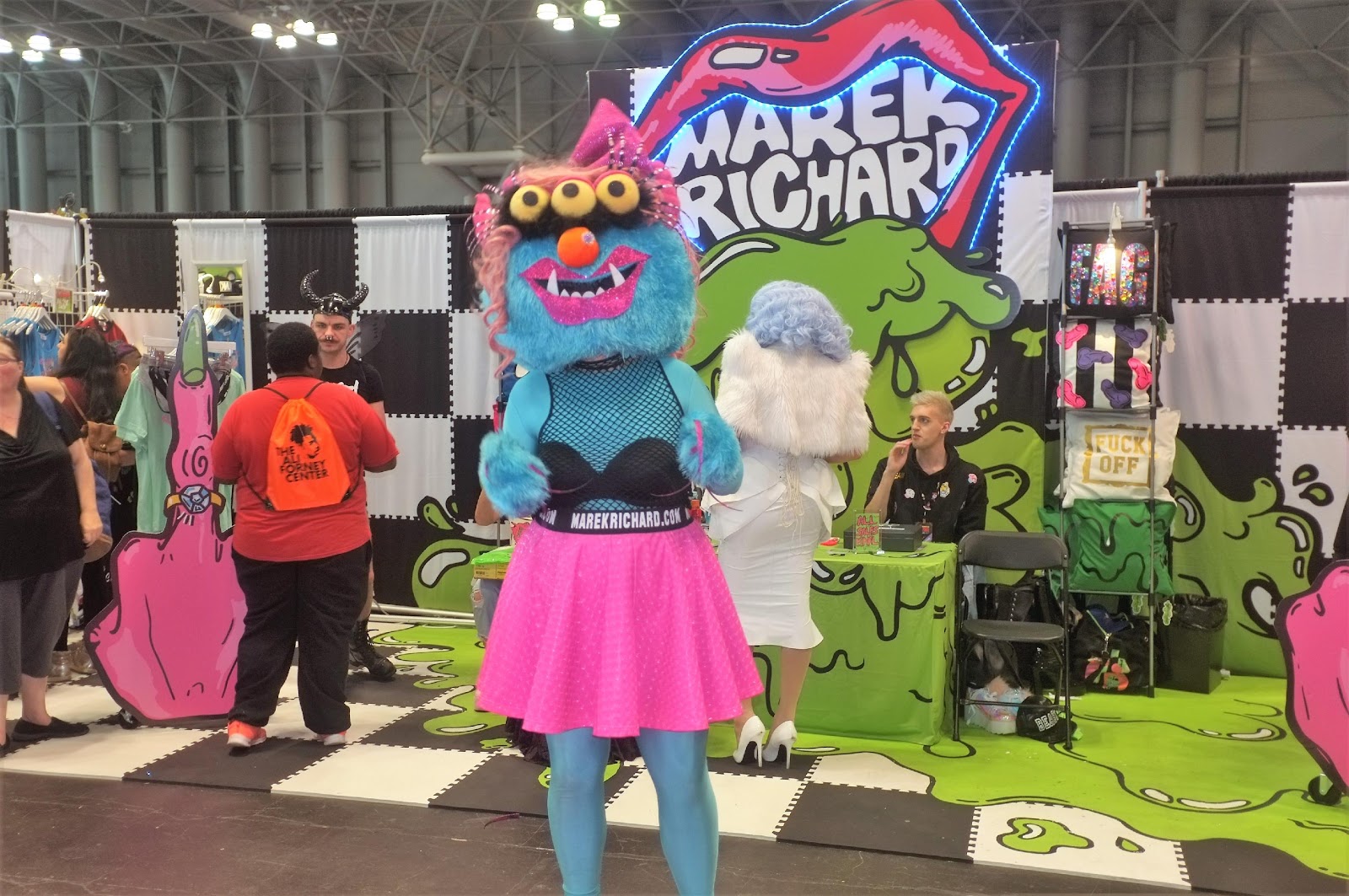 It seems like the LGBTQ community sure does love to collect enamel pins, and GAYPIN’ create the ultimate ones to have in your possession.

The enamel pins take on everything that’s awesome about the community and fit it into the gayest pins in all the land. Whether it’s reclaiming the term “Fag”, or if you need to “Spill The Tea”, there’s a pin for pretty much any occasion and we love it.

@rupaulsdragcon NYC was beyond amazing & we can’t believe how many of you we got to meet! Thanks to everyone who stopped by the booth to show us some love or gave us a hug or took home a pin or patch (did I say patch? more on that *very* soon!) ANYWAY, know that the @gaypinguys love you all to death and then some. Now back to our regularly scheduled faggotry! ✨🌈🦄💖

What awesome merch and products did you buy at DragCon NY? Be sure to tweet us your best pics on Twitter at @Into or on our Facebook page.