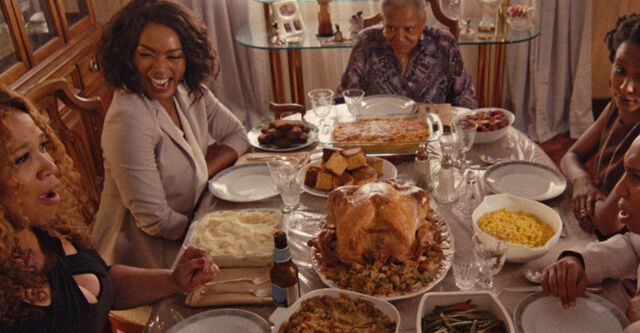 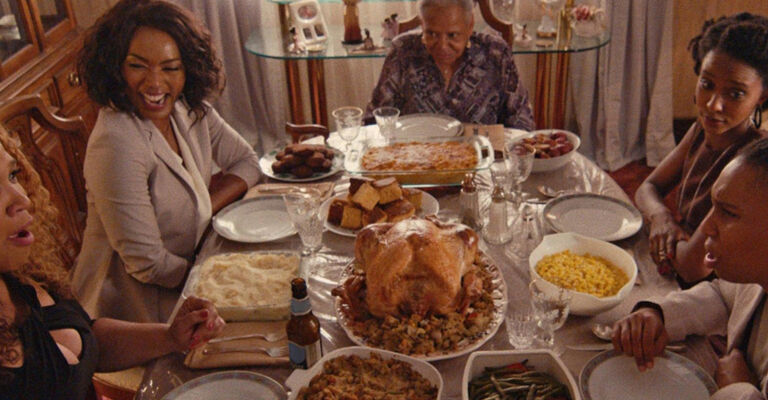 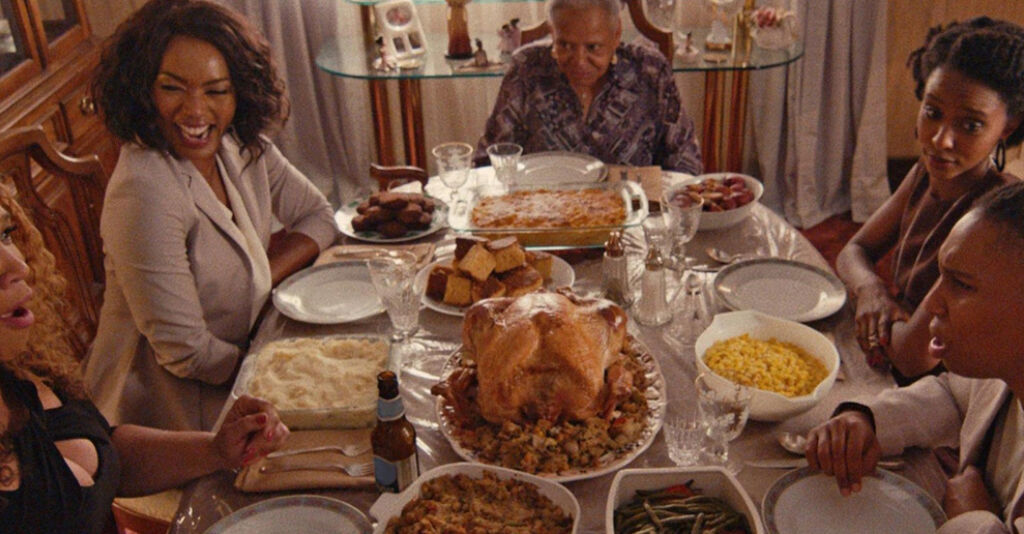 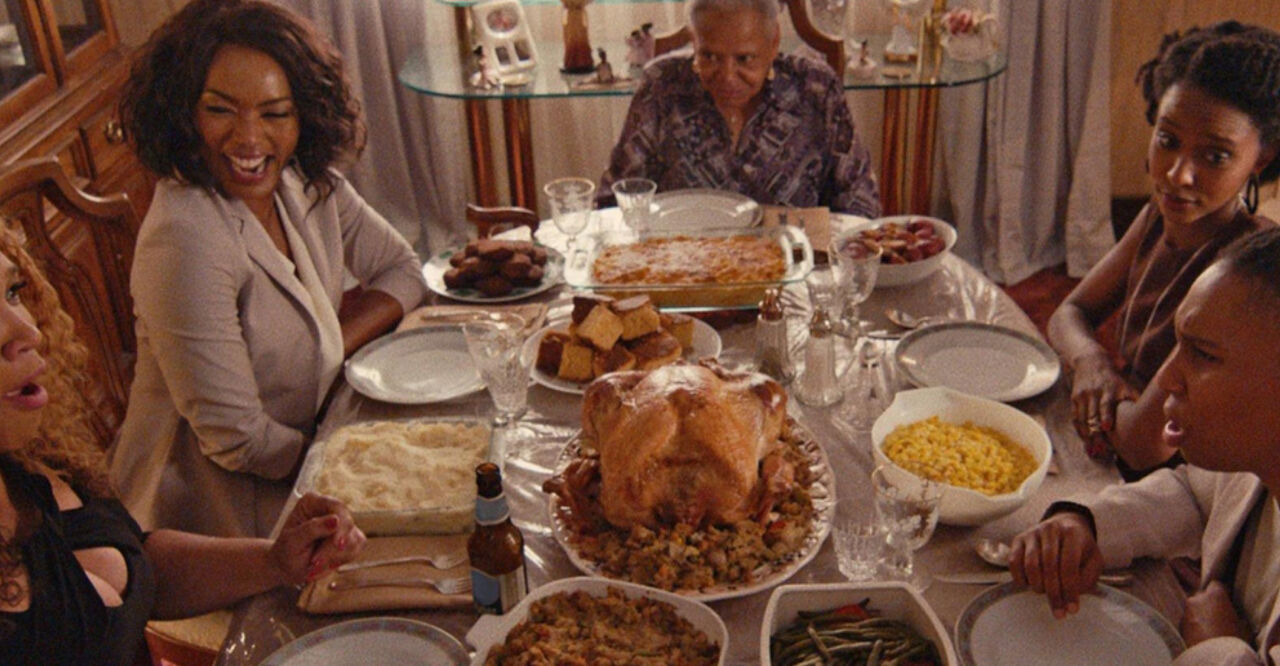 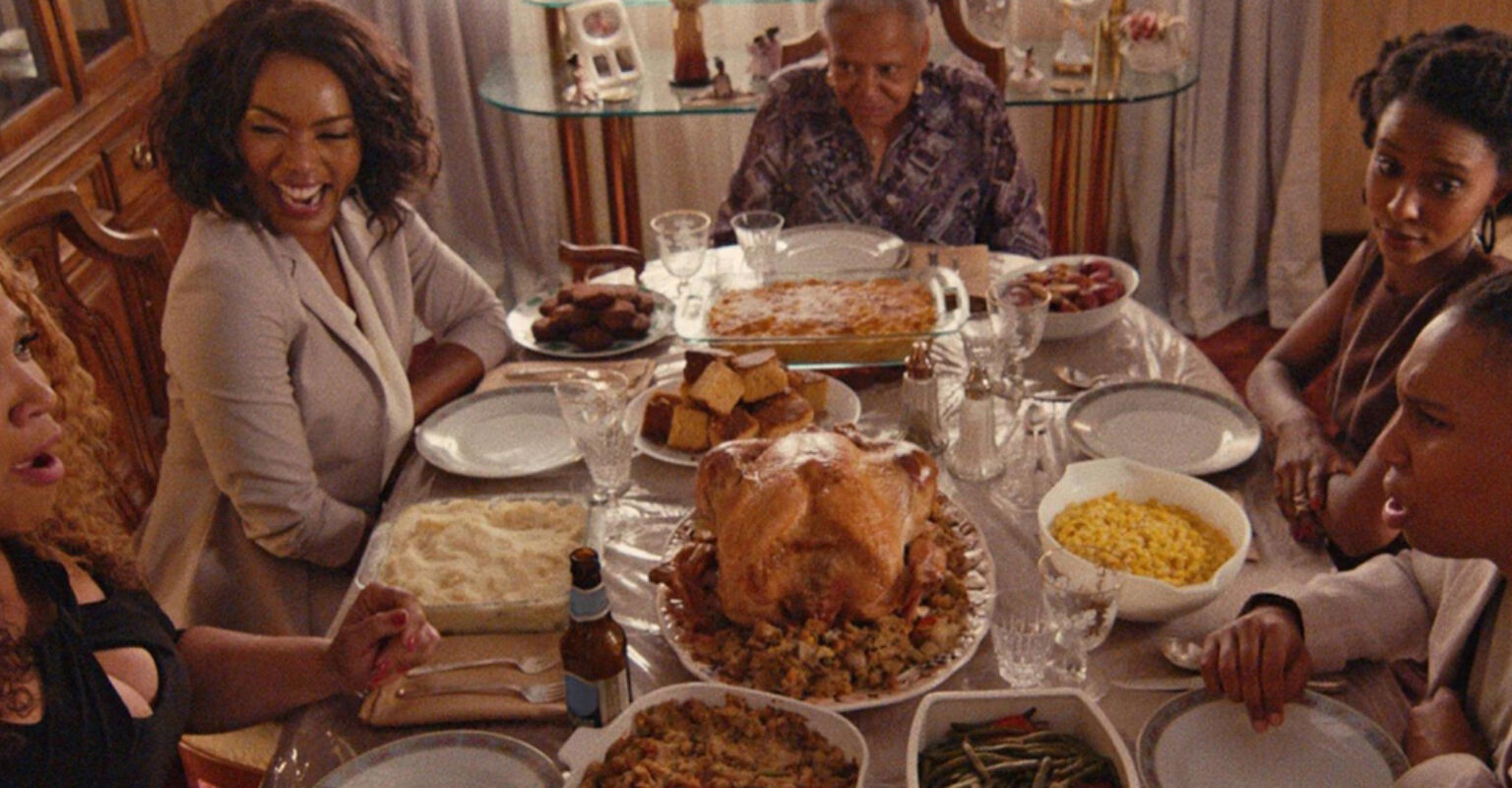 Thanksgiving can be a lovely time of year to sit down with your entire extended family to eat a lot of food and quietly ignore the fact of American genocide. It can also be extremely shitty if you’re queer or simply don’t jive with your family of origin.

I don’t know about you, but when I’m feeling not-great about being home for the holidays, media becomes my great escape. And while there are countless queer and queer-coded Christmas-specific offerings, Thanksgiving is often overlooked. Which is a damn shame, because Friendsgiving is a real thing that happens, and we haven’t seen nearly enough movies about assembling the gay hive/reuniting with chosen family on this particular holiday.

That said, there are definitely a few queer gems out there. So if you’re home this year and feeling isolated, alienated, or just sick of your family, these are all 100% gay and 100% wonderful to watch and re-watch. From Wednesday Addams’s scorching social justice speech in “Addams Family Values” to the tender coming-out scene in “This Is Us,” here are a few quality streams to help you forget all the bullshit.

When it comes to tuggin’ at the ol’ heartstrings, “High Maintenance” is pretty solid through-and-through. Chronicling the life of The Guy, an anonymous weed dealer, and his many New York City patrons, the show gives viewers a keyhole-sized view of each client’s life, their story, and their struggles. This isn’t a Thanksgiving episode per se, but it certainly gives off that vibe. In the last episode of the show’s first season, we get a closer look at the life of Patrick, a gay man coping with the death of his mother. He’s become increasingly agoraphobic since the death, but when The Guy encourages him to get out, he goes down the street to a bodega and ends up falling flat on his face after tripping over his shopping cart. Luckily, the legendary Justin Vivian Bond (playing a psychic!) who patches him up and turns him on to Marie Kondo, which helps him unpack some of the things he was holding on to after his mother’s death. He’s also had a crush on The Guy forever, and this is the episode where he finally breaks free of it, embracing his solitude and casting off his fear of connection.

Roseanne Barr’s “Roseanne” has always been fantastic about skirting the line between sweet and sour. The same show that brought us the infamous Roseanne Barr/Sandra Bernhard kiss could continue to infuse key episodes with conversations about queerness, bias, and intolerance, and Season 9’s Thanksgiving episode is no different. When the Conner family has to make due without Dan, things start to fall apart quickly. But the real core of the episode is the casual revelation by Bev that she does not—and can’t be persuaded to—have sex with her husband Al. This leads the family to assume that Bev is actually a lesbian, which Bev does not deny! Though Roseanne Barr would later claim in a memoir that Bev wasn’t actually gay, I’m not buying it. Gay Bev forever, you can’t tell me I’m wrong.

This is the episode that made us fall in love with Aziz Ansari’s “Master of None” all over again. And yes, I’m well aware of the show’s chequered past, present and future. But let’s be honest: the episodes where Lena Waithe takes the wheel are usually the standouts, and the show’s third season “Moments of Love,” released earlier this year, is a testament to this. In this very special Thanksgiving episode, we saw Dev and his best friend Denise grow up together over the years. Eventually, as a teen, Denise comes out to Dev, telling him she’s “Lebanese” in a nod to the infamous Ellen coming out episode. Dev is accepting and kind, but when Denise has to come out to her mother (Angela Bassett, perfection as always) as an adult, things aren’t so easy.

Truly a classic for the ages, this 1993 follow-up to the original shows the Addams children coping with the arrival of baby Pubert. Because they keep trying to kill the baby, they get sent off to the relentlessly preppy “Camp Chippewa,” where Pugsley and Wednesday are forced to participate in a racist Thanksgiving dinner reenactment. But it’s all worth it, because queer icon Wednesday Addams, at one point, says this to the counselors: “Years from now, my people will be forced to live in mobile homes on reservations. Your people will wear cardigans and drink highballs. We will sell our bracelets by the roadsides. You will play golf and enjoy hot hors d’oeuvres.” Now THAT’S the energy we should all be bringing to the Thanksgiving proceedings. Remember folks: to be queer is to revolt against bullshit whenever humanly possible.

“This Is Us” is known for its tearjerking capabilities: by moving back and forth in time through the course of a single family’s shared lifetime, the show connects the threads of the past, present, and future in a way that’s often poetic and deeply moving. And when it comes to the holiday episodes, hold onto your fucking hat, because shit gets ROUGH. In past Thanksgiving episodes, we’ve had to deal with an unsavory concept known as “Pilgrim Jim” (no, I won’t elaborate) along with some other straight nonsense. But in this episode, we get not one but two gay nuggets. First, we go back in time to see Randall’s birth father reconnect with an old lover (the fantastic Denis O’Hare.) Then, in the present, after the teenaged Tess opts out of the festivities due to feeling poorly, she takes the time to come out as queer to her aunt Kate and uncle Toby, and it’s deeply sweet. In a later episode, her uncle Kevin will encourage her to take “baby steps” when coming out, leading her to out herself to a drive-thru worker. It could have been a little too sickly sweet, but as always with “This Is Us,” it pulls back at the last minute, leaving us with a beautiful portrait of a truly strong, loving family.

Okay, so it’s not technically a Thanksgiving show, but it’s all about enjoying delicious meat pies with your chosen family! Sure, they might be made of human flesh, but still! This show is the campiest queer treat this side of “Valley of the Dolls,” and it’s all about centering eating as an act of revenge. As someone who is queer and dealing with an eating disorder, I can only say YES PLEASE! And while you might think of “Sweeney” as more a Halloween offering than a Thanksgiving one, the filmed version of the show is actually a perfect antidote to the sometimes deliberately corny Thanksgiving proceedings that so many of us have to suffer through with our families. Plus, the line “I want you, bleeders” just sums it up perfectly.