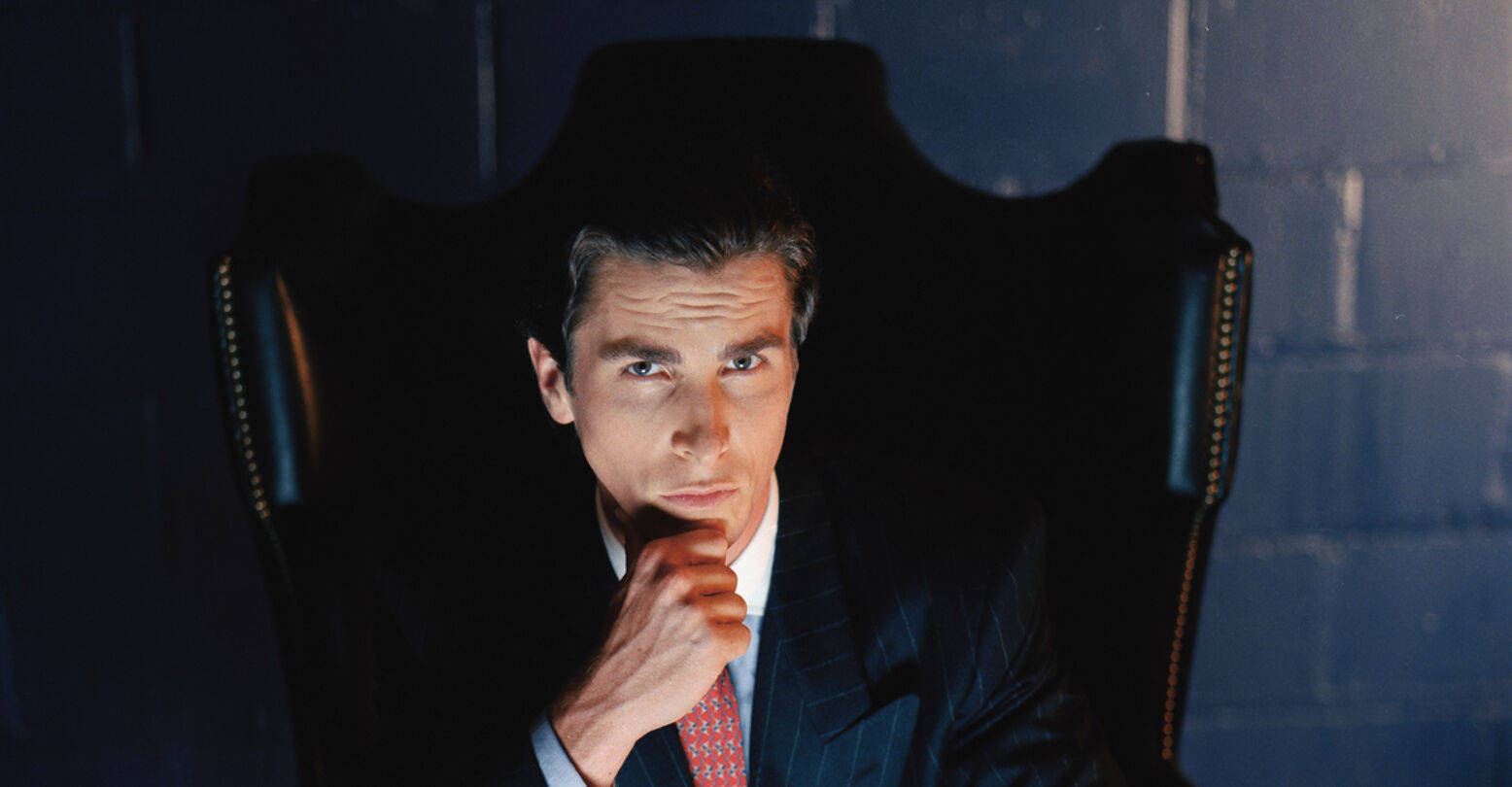 As we slide into October and into your fave’s DMs, scary questions will certainly rear their heads, like, “What are we?”, “Looking?”, “Do you have candy corn flavored condoms?”, and “What’s your favorite scary movie?” Fear not, dear reader, the Halloween season is upon us, and we have the perfect queer scary movies to watch as you party down in the Stranger Things costume that you also wore last year, or Netflix and chill with the cast of Jurassic Park.

We have lonesome vampires, leather gear, young cannibals, bad friendships, and maybe some videotapes to return. When picking out something to watch this Hallow’s Eve, INTO has got you covered. In cobwebs. And pumpkin spiced lube.

In the snowy visits and between the naked trees in a small town in Sweden, people are disappearing. Hanging upside down, an older man is drained of blood. In school, a scrawny, slight boy named Oskar with ivory skin and bleach like hair is tormented every day, for his distinct lack of conventional masculinity. He finds comfort in his love for a vampire named Elli. Queerness in the Scandinavian vampire romance can be found between the lines vampire stories have, for so long, reveled in their metaphorical value in sexual otherness but it exists fairly explicitly: Elli isn’t like other vampires; castrated at a young age when Elli was human, the vampire presents as femme, maintaining an all but spoken genderqueerness. As Oskar and Elli grow closer, their decision to continue living in a place where they will forever be seen as others, as monsters or freaks, no less, becomes even more imperative. Alfredson’s sensitive rendering of this tale of alienation and love is delicate, even in its horror, and as thoughtfully detailed as each flake of snow that falls on Elli’s pallid skin. Alfredson suggests the cure for horror is empathy.

The awareness of Elm Street’s creators of Freddy’s Revenge’s queer appeal is beside the point; it is one of the quintessential explorations of queer self-loathing. When Jesse (Mark Patton) looks into the mirror, he sees a monster; when he tacitly explores his fantasies (a leather bar, a gym showroom), death follows him; and when he feels his chest, it slashes open to reveal his “true” self. No, it’s not a flattering portrait of gayness, but this second in the Freddy Krueger franchise seemed to expose a real fear young gay men may have had when coming to terms with their sexuality amidst the AIDS crisis. Camp elements aside (Patton shaking his butt in his room), A Nightmare on Elm Street 2 asks what’s more deadly: self-hatred or something else?

While multiple Cannes Award-winning director Xavier Dolan gets ready for his first English language grounded, Chastain/Portman/Sarandon/Bates starring melodrama, it’s worth checking out one of his most underrated films, a thriller also suggestively set in the United States, his stab at a genre film. Ad exec Tom (Dolan, sporting a wheat colored mop) visits the home of his late boyfriend to learn that his dead paramour’s mother didn’t know her son was queer. But the surviving older brother, a hulking Francis (Pierre-Yves Cardinal), knew their secret, and holds it against Tom, engendering a complex, Persona-like Stockholm syndrome-esque relationship. Tom at the Farm, one of the director’s most underrated and strongest works, is about the erotic appeal of toxic masculinity, a tango between partners who want to live in the past and submit to power, the frame literally closing in on them. Who of the two is more submissive and to what, that’s the question that this critique of American hypocrisy asks, strains of Rufus Wainwright closing the film as Tom looks down the road.

The target of protests upon its release, Friedkin, director of The Exorcist and the adaptation of the also scorchingly controversial play The Boys in the Band by Mort Crawley, came under fire for his film about a series of murders occurring within the leather scene of New York. Al Pacino’s straight (or is he?) cop Steve Burns goes undercover in leather bars and the film embodies his subjectivity: a man who is at once curious and repulsed by a cocktail of sweat, rubber, lube, and blood. The killer is unclear, morphing into many people, and Burns is left carefully putting on his gear, crafting his newfound favorite role. Friedkin’s reviled film plays like a prophetic AIDS crisis allegory (though it was released a year or so before the first case was reported in the Times), blood mixing with piss and cum, equally as splatter-able. Cruising may or may not leer and gawk at leather culture, but the film is so embedded in a lead character with self-loathing running through his veins that its (arguably) questionable presentation of gay cultural life makes sense within the context of how Burns sees this world, not how the world of leather and kink actually is. Like the aforementioned Freddy Krueger joint, it’s a film where the biggest source of fear is confronting what’s inside of you.

Before he couldn’t leave Middle-Earth, Peter Jackson was the purveyor of splatterpunk movies like Bad Taste and Braindead, and his psychological thriller Heavenly Creatures can be thought of as a transitional film between the gore squelching of his New Zealand horror films and the high fantasy of his tenure with The Lord of the Rings. Based on the true story of the bizarre relationship between Pauline Parker (Melanie Lynskey) and Juliet Hulme (Kate Winslet) and the murder that they committed, Jackson’s film mixes empathy with an acute sense of weirdness. There’s something very queer going on between the working class Pauline and the bourgeois Juliet, and that class discontinuity serves as their primary bond and source of tension. Jackson has his audience submit to surrealist imagery, the film bouncing back and forth between childhood melodrama and phantasmagoric nightmare, anchored by pulsating performances from the two leads.

It seems rarely acknowledged that the creator of Chucky and the walking, talking, killing doll’s franchise, Child’s Play, is gay. There’s enough in the original films to suggest a little bit of a camp sensibility, but it’s not until Bride of Chucky in 1998 and its sequel Seed of Chucky (with Mancini returning to the directing chair) when the series leaned in on its twisted sense of humor. Chucky (Brad Dourif, who was once nominated for an Academy Award for One Flew Over the Cuckoo’s Nest) and his object of love/hate/love Tiffany (Jennifer Tilly) return, this time to terrorize awashed up Jennifer Tilly (who was also once nominated for an Oscar for Woody Allen’s Bullets Over Broadway). Chucky and Tiffany learn they have a kid (voiced by LOTR alum Billy Boyd), and both subject the young‘un (whose androgynous appearance confuses the two) to their various gendered standards: Chucky calls his child Glen and makes them do boy things, like play ball or murder someone; Tiffany calls them Glenda and makes them do girl stuff like dress up and murder people. In the end, Tiffany and Chucky’s progeny, in cutting wit, comes out as bigender, as Glen and Glenda (a clever nod to B-movie auteur Ed Wood’s film about transvestism Glen or Glenda), and what they learn together through exploring gender and murder is, “The family that slays together, stays together.” If that’s not a wholesome representation of queerness, I don’t know what is.

Adapted from Bret Easton Ellis’ indulgent yuppie satire, Harron inverts Ellis’ flawed novel and transforms it into a self-lacerating critique of bourgeois masculinity the pampered, rich, psychopathic Patrick Bateman (Christian Bale) fetishistically crafting his identity around his sense of excess and privilege. Harron’s uncompromising gaze reframes Bale’s Adonis as a monster, where money, beauty, and desire collide at the expense of everyone else. What’s queer about this? Not merely Matt Ross’s turn as gay co-worker Luis, but Bateman’s desire for masculinist perfectionism, that his life and identity hinge on a calculated creation of the ideal man. That he looks in the mirror getting ready, working out, having a threesome and not only sees what is desirable to other people, but what he desires in and of himself.

The most telling thing about queer horror is not necessarily the horror of being queer, but that desire and one’s struggle to articulate it and act on it consumes us. French director Ducournau playfully liberalizes that with a sharp, amusing film about a young woman and staunch vegetarian named Justine, whose first taste of meat during a hazing ritual at veterinary school catalyzes her coming of age, as it were. It’s like Heathers meets Mean Girls meets Heartbeats, a luscious, sexy, gross film about communicating how to yearn with your body and the boundaries that are crossed when entering womanhood and, alternatively, a queer sense of self.

Megan Fox never got to be our Marilyn Monroe, a performer who clearly had the chops, but was especially talented at playing a particular kind of female archetype. In Kusama’s thriller, written by Diablo Cody, Fox delivers a barbed performance full of wit and poison in a film about the complexities of female friendship, Fox as Jennifer, being the ever popular, pretty one, and Amanda Seyfried as her meek best friend Needy. When Jennifer becomes a demon, Needy questions their friendship together. The way in which projection works between the two, and the unequal power dynamics, adds a diabolically sharp touch to the film, reminiscent not only of other films of female friendship but of existential horror movies about femininity like Persona and Mulholland Drive. But Cody and Kusama have something even more specific in mind, and Fox’s self-awareness informs her comic timing, and in turn, her full conception of the character.