As documentary filmmaker Alina Skrzeszewska sat in her hotel room on the corner of a busy intersection of downtown Los Angeles, groups of young homeless women would pass by late at night, screaming at the top of their lungs.

“[I] assumed they had come to the area out of some kind of desperation, but they weren’t going to take their fate lying down,” Skrzeszewska tells INTO.

She learned this by taking her camera and gaining access to their world for her new documentary Game Girls.

“They were warriors, determined to be self-sufficient and live life on their terms. We became curious about them, and that’s how it started,” Skrzeszewska says. 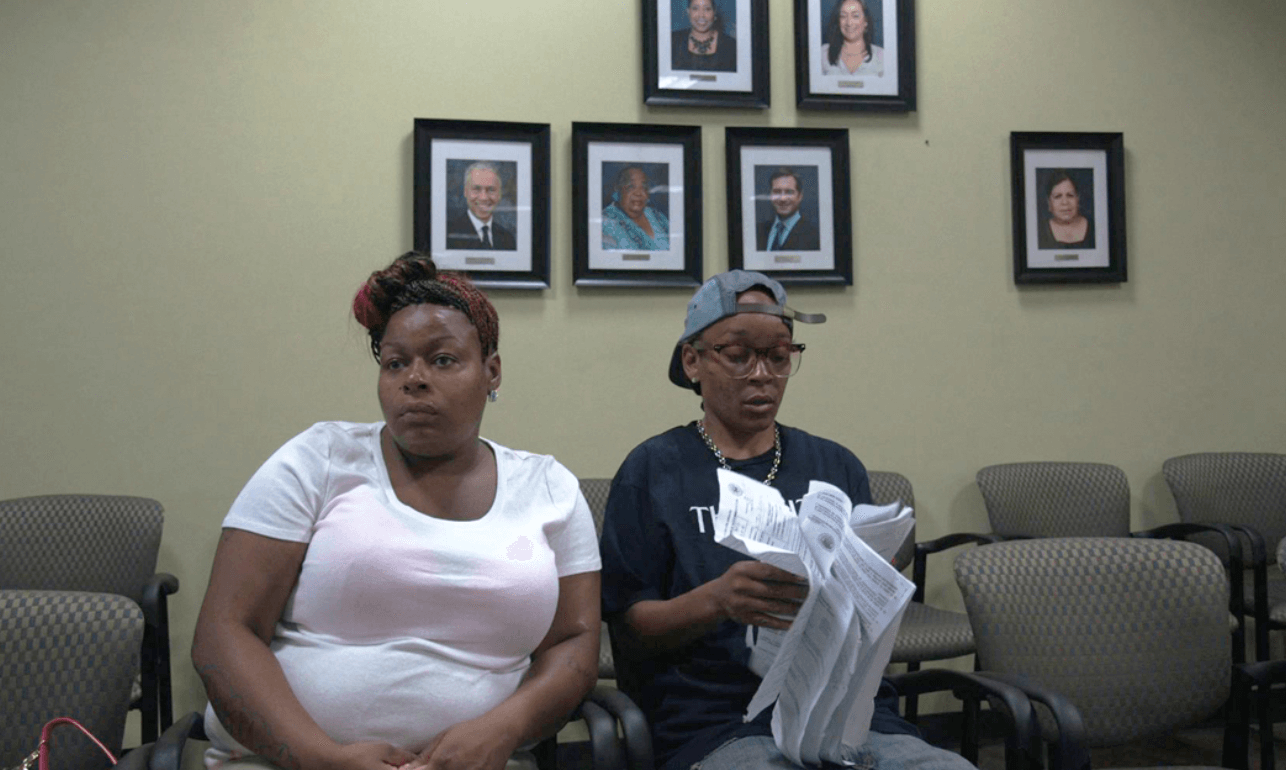 Game Girls follows an African-American lesbian couple living on Skid Row, a 54-block area in downtown Los Angeles that is home to individuals who have been discarded from hospitals, shelters, prisons, and other cities. In 2018, the estimated total of homeless people in the city of Los Angeles has grown to a staggering 55,000 people, making L.A. the homeless capital of the nation.

In order to get a better understanding of the experiences of homeless women, Skrzeszewska started a free workshop once a week, for anybody who identified as a woman, in a storefront-type community space in Skid Row.

“Being a woman on Skid Row is, of course, an extreme situation, as there are multiple marginalizations going on,” Skrzeszewska says. “There are very real differences between the experience of a white woman and a black woman, and a straight vs a queer or transgender woman  — even when homeless and on skid row. I wanted to understand all that, so I started a free workshop, which we ran on a weekly basis for a year and a half.”

It was in those workshops that she met Teri, a woman coping with mental illness and one half of the couple that is featured in the film.

“I attended the workshop because it was something different,” Teri tells INTO, “especially downtown Skid Row with all the negativity that’s going on around there. I wanted to see what that was about.”

As Skrzeszewska and Teri formed a friendship, she realized that it was Teri’s story — and her eventual relationship with then-partner Tiahna — that would help shape the film. 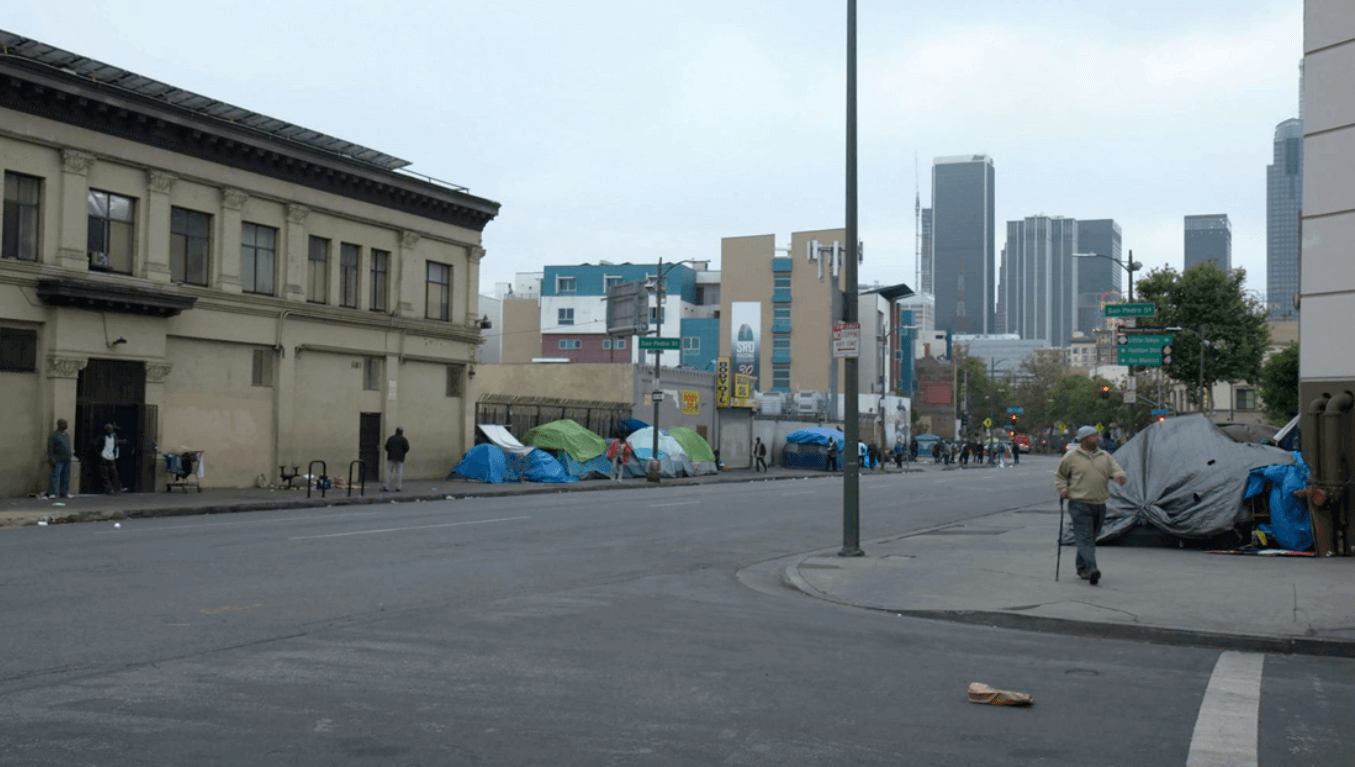 “They weren’t together yet when I first started filming but I wanted the film to be centered around a deep, loving relationship, although not necessarily of the romantic kind,” Skrzeszewska says. “Teri was really persistent, basically. I felt a connection with her from the beginning, and I thought both her personality and her story were really interesting. I can’t make a movie about people I don’t love. I just have to have a connection.”

Of the total homeless population in Los Angeles, 35 percent are LGBTQ youth who have been forced out of their households by families who are not accepting of their sexual orientation or gender identity. Teri was one of those kids, and being shunned from her home was traumatic. But she says she was able to find chosen family who had similar experiences.

“I first came out I was fresh out of high school and in my household, it wasn’t accepted because of my religious background so I was forced to the streets and everything,” Teri says. “A lot of my friends, we kind of grew up in the same environment so we created an environment for us because we were dealing with similar problems at home.”

“I never really felt afraid to be LGBTQ on the streets,” Tiahna tells INTO. “The LGBTQ embraces everyone and the people we surround ourselves with are very helpful and caring.”

Throughout the film, you begin to watch the relationship between Teri and Tiahna unfold as they navigate everyday relationship problems, but their surroundings and circumstances add an additional layer of stresses around basic survival. Game Girls gives us a very raw and real glimpse into the struggles that a couple living on the streets would face, such as Teri struggling to obtain further benefits from the state because she cannot work due to her mental illness, or Tihana adapting to life after she is released from prison. Substance abuse issues are another key factor in the obstacles they face both individually and as a couple. 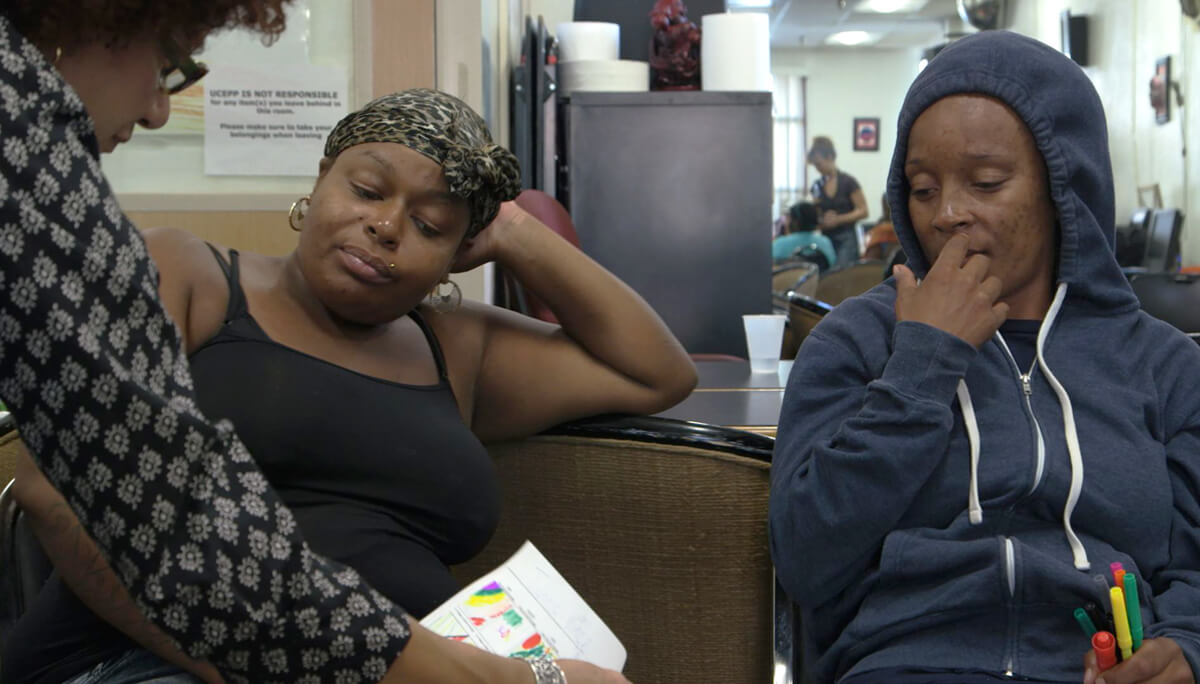 “I wanted to make sure their story was universal so that the 50-year-old straight white guy could relate to it as well as a black queer homeless woman,” Skrzeszewska says. “The goal was to tell their story with both the flaws and the beauty we afford love stories with more privileged characters, to make it cinematic and memorable.”

Today, Teri and Tiahna are on separate paths but are looking forward to what the future holds. Each of them continues their mission to not only change their personal lives but change the lives of their community on Skid Row.

“Hopefully people can see that Skid Row is in a state of emergency and that people need help,” Teri says. “This is a mental health crisis and mental health with substance abuse makes it even worse. People need to have more of a loving heart and stop being so mean to the homeless because you never know what people are going through.”