JD Disalvatore died “with her boots on.” That’s what a friend told me over the phone this week, just days after the openly lesbian producer and director, best known for the GLAAD-winning Shelter, passed away on Aug. 24 in her Sherman Oaks home. It’s telling about her personality I had to halt the conversation to check that the 51-year-old, a beloved figure in Los Angeles’ LGBTQ community, did not actually pass away while wearing boots.

The phrase is a common idiom, but that detail would have been entirely plausible for a woman described alternately by those who knew her as a “force of nature,” “indomitable,” and a “badass.”

Born in Plymouth, Mass., Disalvatore’s parents met after the bombing of Pearl Harbor during World War II. She spent her childhood in Belgium, but would go onto study Communications at Boston University. Disalvatore got her start in Hollywood working in visual effects for The X-Files and Dante’s Peak. But her first credit as a producer was on 2006’s Eating Out 2: Sloppy Seconds, the second film in the popular gay movie franchise. 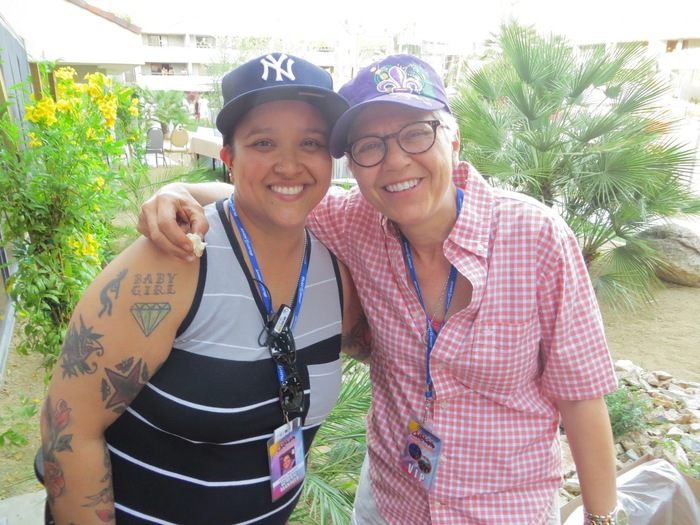 It’s her producing work where Disalvatore would have the most lasting impact. Shelter, a 2007 film about surfers who fall in love, was voted by LOGO as the second-greatest gay movie ever made. A Marine Story, a drama centered on the military’s “Don’t Ask, Don’t Tell” policy, won OutFest’s Grand Jury prize in 2010.

“Her films were these beautiful, nuanced movies that without her fingerprint on them would be less than what they are,” says writer and comedian Drew Droege.

Droege notes that Disalvatore could have had a “more mainstream career” if she wanted but devoted her life to telling queer stories. A personal favorite of Droege’s is the “Gay Propaganda” series, which reimagines classic cinema with LGBTQ characters as the leads. A redux of Young Frankenstein stars a gay man in the Madeline Kahn role. The beach scene from From Here to Eternity, where two lovers lock lips as the tide rolls in, is recast with two women.

If Hollywood has historically cast queer people as villains and punchlines, Droege says that her shorts helped rewrite that narrative.

“Something that really connects LGBTQ people is cinema,” says Droege. “We escape into movies and we imagine ourselves in these stories, but we haven’t seen our ourselves in them. Just reshooting these movies and putting queer people in the forefront, it shows so much about how we are valid and we are here.”

But what made Disalvatore a “pillar” of the LGBTQ community in Los Angeles, friends say, is that she was also a passionate advocate and activist.

Jai Rodriguez, an actor and former cast member of Bravo’s Queer Eye for the Straight Guy, says that no matter how sick she was, Disalvatore never stopped being involved. Last year, for instance, she threw a fundraiser on her birthday. But instead of raising money for her cancer treatment, proceeds went to a local animal shelter. Rodriguez claims that she was at nearly every event on LGBTQ youth homelessness or HIV/AIDS in the city. 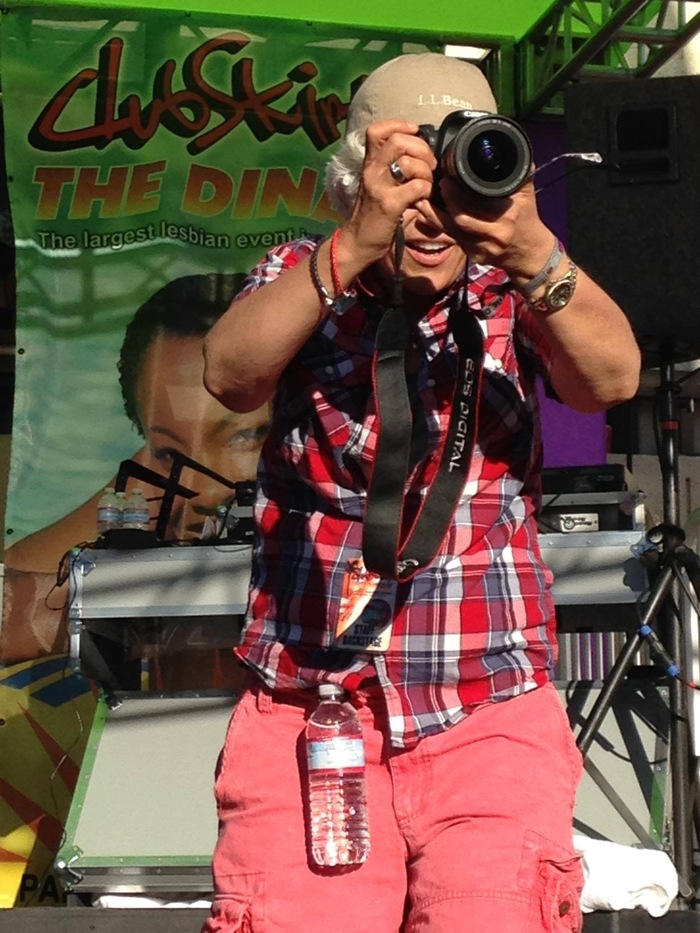 “That’s the sign of a true warrior,” Rodriguez says, “someone who believes in something so adamantly that they make time when most people think it would be impossible. For a lot of us, we operated under the idea that she was indestructible.”

Friends knew that her cancer, which was first diagnosed in 2012, was getting worse when she sat out this year’s OutFest. Disalvatore, who previously served as festival manager, was a yearly fixture at the LGBTQ film festoften seen arguing outside of the Directors Guild of America building about whatever movie she had just seen. Droege describes her as “fiercely opinionated” and “apologetically grumpy.”

“We disagreed on so many movies,” he says. “But she was so in your face and so interested in what you have to say. That’s the person you want to hang out with at a partynot the sweet, bland person.”

Jane Clark, a longtime friend of Disalvatore’s, claims that Disalvatore was a galvanizing force at these events. She just “had a way of connecting people.” When they ran into actress and writer Guinevere Turner at an OutFest women’s soiree a few years ago, Disalvatore immediately called Turner over and insisted that she be in Clark’s new movie. It was a lesbian horror-comedy called Crazy Bitches.

“Yeah, if it’s called Crazy Bitches, I should be in it,” Turner joked at the time.

Clark immediately bristled. Although she knew Turner as the co-writer of the 1999 adaptation of American Psycho, the two women had only met a couple of times in person. Clark didn’t want to hire her without seeing more of her work. But not only did Clark end up making Turner a lead in her film, they became good friends. They recently wrote the feature Don’t Come Over together, and shot a virtual reality short based on the material due out later this year.

“This is why [Disalvatore] is irreplaceable,” Clark says. “She knew that these two people that she loved and thought had talent could figure out how to do something great together.”

Everyone I talked to for this story thought Disalvatore would “live forever.” It just didn’t seem possible that she would ever die. But after years of fighting, Disalvatore stopped her chemo treatment a few months ago. A group of friends formed a “Cancer Club” to see her through the last months of her life, providing support to her sister, Roanne, who cared for Disalvatore at home. Rather than dying at a hospital, she wanted to be on her couch.

Disalvatore wanted to do things her way, friends say. It’s just how she was.

Even in the last weeks of her life, those who knew her claim that Disalvatore’s personality didn’t changeshe remained funny, irascible, and stubborn as hell. Mary Jo Godges, a filmmaker and longtime friend of Disalvatore, says that she was like Wonder Woman. Although Godges could see the changes in her physically, sometimes it was like she wasn’t sick at all.

“It was hard to see her, this dynamic force, fighting this thing,” Godges says. “But she still kept going.”

The last time that Clark visited her at home, Disalvatore forced her to take a bottle of Castle Rock with her. The two had been saving it for when she got better, but Disalvatore knew that wasn’t going to happen. The bottle had begun gathering dust on the shelf. Clark refused the gift, but Disalvatore, unbending until her final moments, wouldn’t let up. “Take the wine, Jane,” she insisted.

Clark finished that bottle on her couch the night after Disalvatore died. The two used to drink together on the porch, and Clark decided to have one last toast to her memory.

Just as was so often the case, her old friend was right: It was a very good wine.

Note: Friends say that a memorial service will be planned to honor Disalvatore in the “near future.” This story will be updated with details as they arrive. 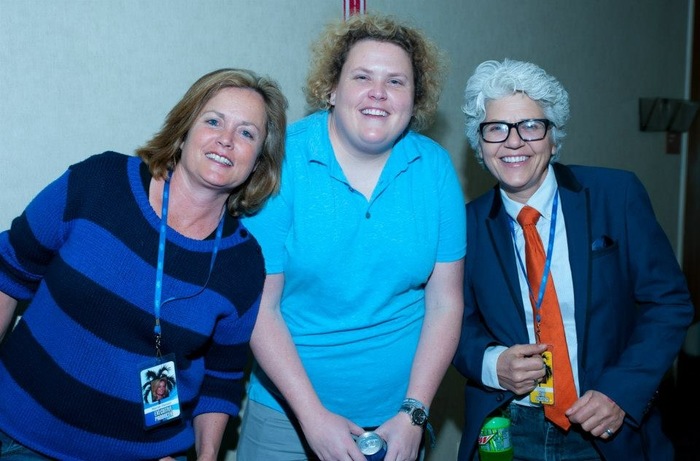