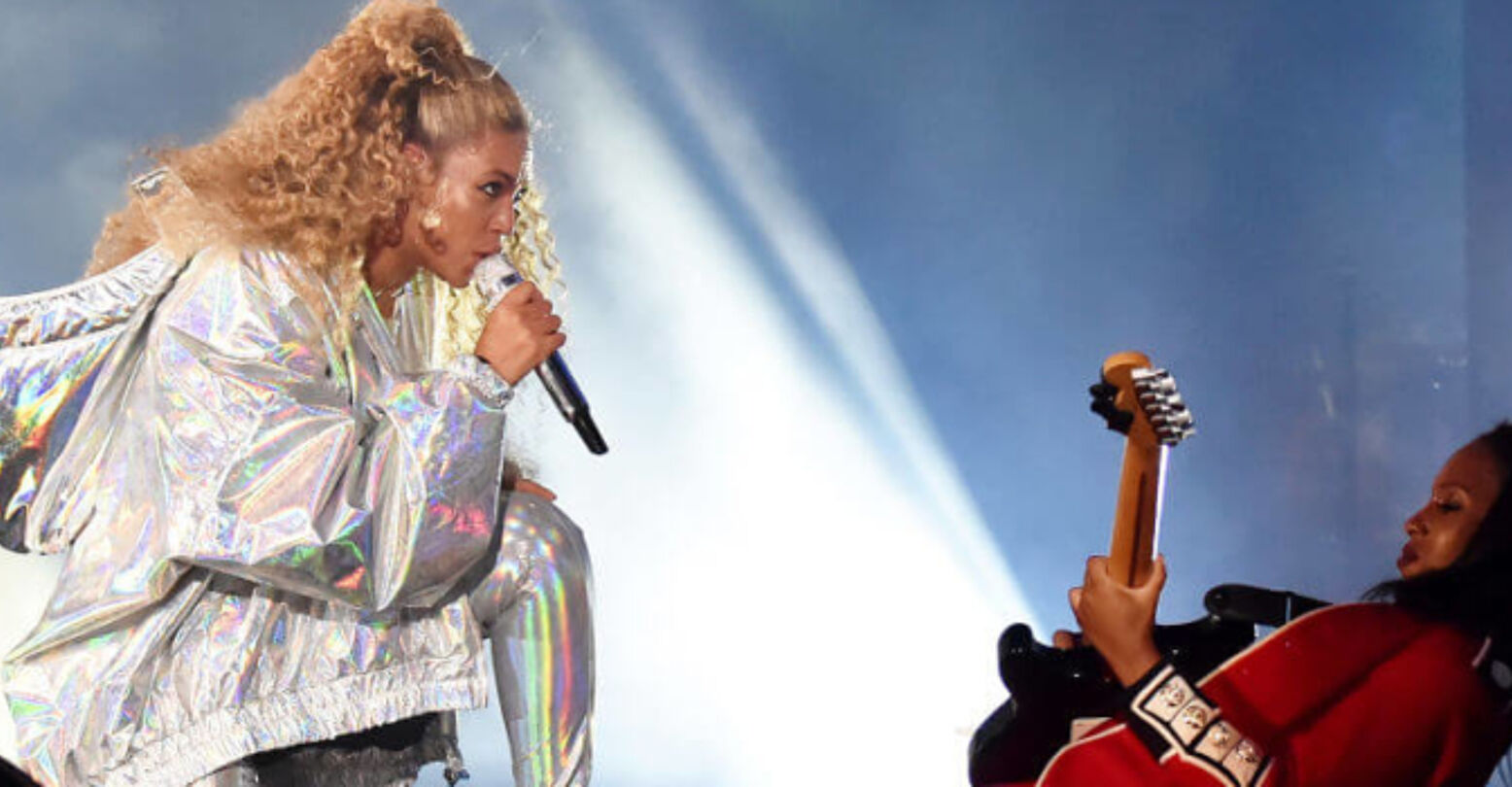 There are not many public figures that are universally loved, or rather unanimously adored by the world. Actually, there’s only one, and her name is Beyoncé. Every time I’ve ever tried to write about Beyoncé, I’ve been bogged down by insecurity: How can any group of organized words truly do Queen Bey, and all that she’s done for women and people of color, justice? So, I’ll do what I do best, which is using humor to distract from the guttural sobs that would come bowling out of me if I expressed how I truly felt.

This is a Lesbian Ode to Beyoncé, an award-winning artist and magnificent woman who transcends borders and fandoms—she is lauded by all, regardless of gender, ethnicity, or sexuality. From penning a heartfelt handwritten note in support of Frank Ocean coming out, to her inclusion of queer voices in her music (like Big Freedia in “Formation”), Bey is a bullheaded ally for the LGBTQ community, just like she is for other oppressed groups. In a time when every day feels like a torrential downpour of rancid news stories and gargantuan steps backward, Beyoncé uses her powers for good, giving us a glimmer of sunshine in a greying world.

This summer, Beyoncé and Beyoncé’s husband released a music video for “APESHIT.” Even though the city of Paris and The Louvre museum aren’t explicitly gay, the Mona Lisa is, and Beyoncé knew that, which is why she, as an ally, filled the Louvre with bisexual lighting as a subversive comment on queer erasure in art history — I think that was fairly obvious. The Mona Lisa is dour, severe, and looks like she will drag you on social media without hesitation—just like every queer woman. So thank you, Beyoncé, for shining a light on the Mona Lisa’s inherent queerness.

Thank you, Beyoncé, for always finding a way to get in formation with rows of gorgeous women and subsequently body roll in unison. The “APESHIT” body rolls were really cool, especially because you were wearing plaid. The body rolls in the “Formation” pool scene were also especially of interest, as they were sandwiched by scenes in a haunted library — and as we know, haunted libraries double as sanctuaries for lesbians. The ’90s VHS-like “Formation” scene was also exceedingly queer, as each woman was wearing slabs of dilapidated denim, which is very relatable to me.

Thank you, Queen Bey, for your gender-bending power ballad “If I Were A Boy,” which clearly illustrated the archaic gender roles that bog people down when they’re chained to the prison of heterosexuality. Thank you for all the key changes in “Love on Top”— nothing to do with queerness, but seriously, thank you for that.

Thank you for making a point to always center women of color when your contemporaries won’t and thank you for choosing to elevate marginalized voices again and again and again, like when you chose Tyler Mitchell to shoot you for Vogue, making him the first African American photographer to shoot the cover of that magazine.

And I’d be remiss not to mention Beyoncé’s queerest subliminal messaging to date, which was her vivid sampling of Stevie Nicks, who literally belongs to queer women. Released in 2001 with Beyoncé’s former girl group Destiny’s Child, “Bootylicious” combined the notorious 1982 riff from “Edge of Seventeen” with lyrics about ass. Even Stevie Nicks never had an idea quite this gay.

And while we’re on the subject of Destiny’s Child, thank you, Beyoncé, for aligning yourself and your girl group with the Charlie’s Angels franchise. Sure, both Charlie’s Angels and Full Throttle have morally fraught depictions of women and are totally bogged down by the male gaze, but if you can get past that, which my pervy 12-year-old self always found a way to, you’ll see that they’re fabulous stories about women with boundless friendships (gay). And hearing “Independent Women” on that soundtrack empowered me to do exactly what I needed to do — abandon men and abdicate from heterosexuality altogether.

Even though you don’t have to be gay to support and elevate other women, there is nothing quite as lesbian as supporting and elevating other women. As all queer women know, tenacious allyship is a gateway drug to becoming a full-blown lesbo. So thank you, Yoncé, for teaching us how to love and accept ourselves. Thank you for showing us that life isn’t always perfect — people cheat, we get depressed, we become engulfed by our own fears. And finally, thank you for upholding an intersectional feminist creed throughout decades of pop music — not every artist stands for something so powerfully and consistently, nor do they have to, but you always have.

Thank you. Queer women love you. Happy birthday. And can you please do more videos where you flirt with Nicki Minaj and put your noses really close to each other? That was cool.