Off the bat, audiences understand that A Letter to Harvey Milk intends to dialogue not just on the intersections of Jewish and queer history, but on the urgency and potency of theatergoing itself. It’s a love letter to musical theater, the inevitable spiritual child of both Yiddish and queer culture, two cultures rooted in the remaking of cultural artifacts and language in their own image. Which is to say, it’s smart as hell.

And the signs of smart writing are everywhere, from its subtle nods to Mary Rodgersarguably, the most influential female-identified composer in the musical theater canon to dateto its masterful handling of both vaudevillian Yiddish wit and millennial anti-humor. Did I mention that three of the four members of the creative team (Ellen M. Schwartz, lyrics and book; Cheryl Stern, additional lyrics and book; Laura I. Kramer, music and book; Jerry James, book) are women, as is the author of the source material, Lesléa Newman? 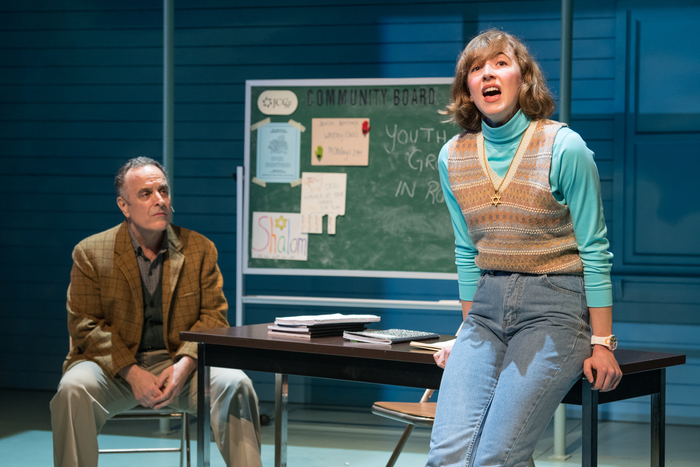 In Letter, Harry Weinberg (Adam Heller) decides, for reasons beyond him, to sign up for a creative writing course at the San Francisco JCC near his home in 1986. Though he’s a widower, the ghost of his wife of 33 years, Frannie, shows up to warn him of the risks of dredging up the past. Harry shows up to the class anyway, where his teacher, Barbara (Julia Knitel), is a lapsed lesbian Jew in her early 20s and longs to collect the stories of her elders. They appear to have little in common, but when Harry decides to write a letter to the late Harvey Milkthe first openly gay man to win a seat on the San Francisco City Councilthey each find they have a lot to learn from the other. The musical follows the unfolding friendship between Harry and Barbara as they confront the ghosts of their pasts and make space for each other’s life experiences through writing and sharing.

In the very first scene, Frannie invokes the spiritual question asked by observers of Passover and musical theater alike, “Why is tonight different from all other nights?” At a time when Americans increasingly find common ground difficult to cultivate, producers are burdened now more than ever to grapple with this question on behalf of the works they present and the audiences they need to fill seats.

But beyond its intelligenceand more importantlyA Letter to Harvey Milk is a testament to the healing powers of storytelling. Its fundamental point-of-view is that all of us have stories to tell, but those stories are made meaningful and potent when we work on them together. Harry’s story has lived inside him as a lifelong source of trauma, but sharing allows it to become therapeutic for him, as well as a source of context for the LGBTQ activists of Barbara’s generation. We “turn the tables” on the stories of our lives when we get them outside of our own bodies and onto the page, a common-sense thesis of the show that is backed up by research on trauma recovery. 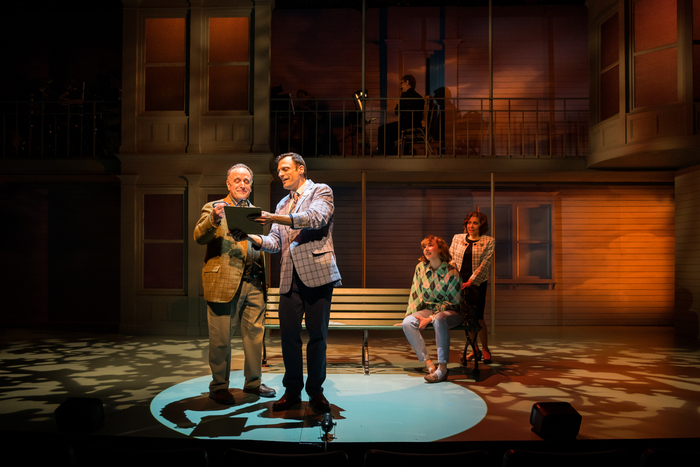 The play gives us a roadmap for the messy pilgrimage of reconciliation, not just with those around us who are different, but with ourselves. It’s an understated, yet tectonic, call for interdependence. What better way to make space in our lives for new perspectives than to gather, in silence, and listen to a story that’s been hammered out in the fires of collaboration?

The musical lexicon of the show draws elements of klezmer and chamber musical together for a harmonically and texturally interesting score for four players, led beautifully by assistant music director James Olmstead at the keyboard. The strongest songs support the nostalgic love stories of the show“Frannie’s Hands” and “Love Is a Woman” are gorgeous and moving vignettes of long-lost romanceand traditional charm numbers like “Weren’t We?” and “No One’ll Do For You.” The score, and the show on the whole, falters when the scale of the action goes beyond the intimate, one-on-one moments it executes nicely. Though I’d never evaluate a musical on the memorability of its tunes, as a gay audience member, I wanted to be able to leave humming the vigil anthem sung by the ensemble to the late Harvey Milk after his assassinationas it is, I can’t seem to locate that number in either the program or my notes, let alone recall the tune itself.

The set is the façade of a San Francisco Painted Lady house, though without the slanted array of neighboring houses so characteristic of the district, the play’s setting doesn’t read, leaving the audience to read the program or wait several minutes into the production to understand where and when we are. The opening “Overture/Nightmare” sets an expectation for a Very Serious Show, which is perhaps why the first few jokes between Harry and Frannie don’t land. 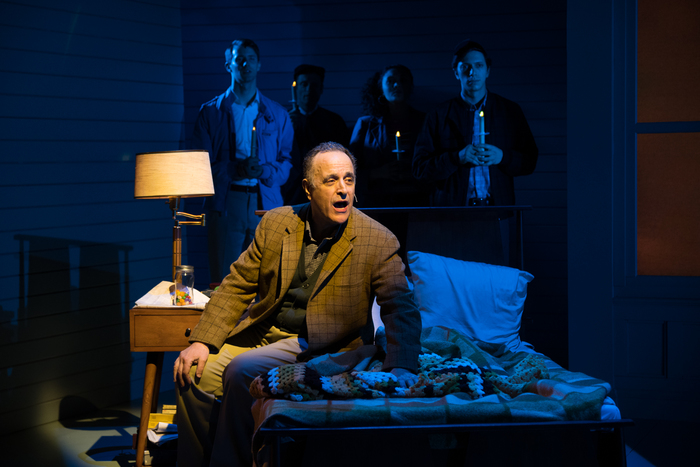 In the absence of a clear “I Want” song for Harry, and Barbara’s opening material on her mission to collect the stories of Jewish elders, I wondered if “Write What You See,” the fifth musical cue, should have been the opening number, as a way of clarifying the protagonist and trajectory. Act One ends at “Too Close,” and Act Two is only four songs long, leaving me to wonder if there’s an orphaned Act Two out there, edited down to give us a round 90 minutes of uninterrupted theater.

But opening number and Act Two problems are common, and don’t detract from the show’s many merits. Its origin is in the New York Musical Theater Festivalhaving made its debut there in 2012where such dramaturgical concerns are secondary to programming and financial concerns. After all, participation in the festival requires that creators invest huge sums of time, craft, love, and money, with scant institutional support in return, least of all any hope that their enormous investments will ever be recoupedA Letter to Harvey Milk has survived the soul-crushing demands of development at NYMF, and for that, any new work of musical theater should be commended. That having been said, I’d be interested to see what would happen if it was allowed a bigger cast, a bigger theater, and 30 minutes more of an Act Two. The work is worthy of such investments.

Why is tonight different from all other nights? There’s plenty to set an evening at A Letter to Harvey Milk apart, but you’ll have to answer the Passover Question for yourself.

A Letter to Harvey Milk plays at the Acorn Theatre at Theatre Row, 410 W 42nd St, New York, NY 10036 through June 30. More information can be found at lettertoharveymilk.com. As the characters in the play express their gratitude for Harvey Milk and his ongoing legacy, audience members are encouraged to share their gratitude for those who have had an impact on their lives with the hashtag #GratitudeNow.