Deceptively simple, devastatingly revealing — when applied to our consumable culture products, the following test can quickly uncover some unsettling tropes:

Are there two women? Are they talking to each other? About something other than a man?

Originating from graphic novelist Alison Bechdel’s strip Dykes To Watch Out For,  the Bechdel Test has been used to highlight gross inequalities in gender representation onscreen. The same conversation wasn’t happening for the stage, though, until Beth Watson and Pippa Sa created a Twitter account reviewing local theater productions, and Bechdel Theatre was born. 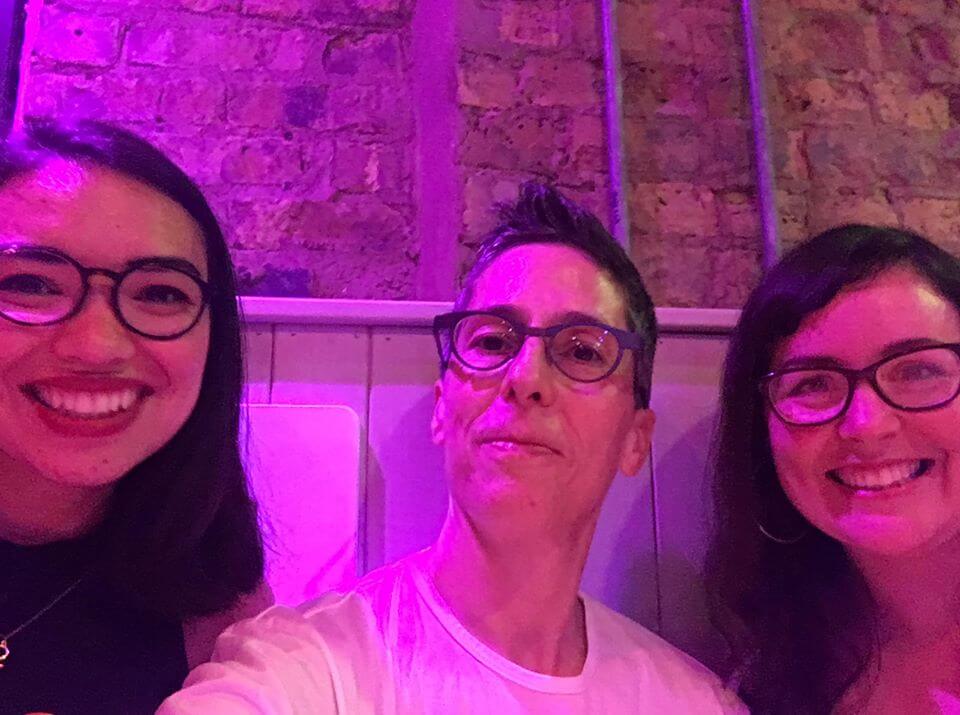 Now they plaster Bechdel Test-passing stickers onto posters of shows at festivals like the Brighton and Edinburgh Fringes, encouraging audiences to actively engage with the gender roles and representations being played out before them.

We caught up with co-director Pippa Sa to find out more.

What was the driving idea behind Bechdel Theatre?

Our aim is to highlight underrepresented voices against the “stale, pale, male,” so it’s important that we include gender non-conforming and non-binary people in this too. So, basically, we had an amazing show approach us in Edinburgh which was an improvised musical by a drag king and queen, Dragprov Revue. Now, on paper, a king and queen don’t really pass the test, but that’s not to say the deconstructing and celebration of gender in drag is something we’re not going to support!

We use the test as a starting point to talk about the representation of women but we don’t consider ourselves guardians with strict rules that only we can determine. It’s really quite simple and so we let people self-define if they pass. We give passes to solo shows that might be an example of other ways the test can be explored. For example, if there is one performer, do they engage with members of the audience, are they female? Do they talk to other women through multi-roling? If they’re not talking about men, what are they talking about? It’s a way of affording the representations we see of women as being fully rounded, and multi-dimensional.

Why do you feel this is important in the current climate?

Well, the funny thing is, the test was created in the ’80s as a kind of throwaway joke in one of Alison’s cartoons. The incredible thing I’ve found is if you go back to read The Essential Dykes To Watch Out For, which I highly recommend you do,  it’s not just the test that still feels relevant today, but that Bechdel was writing about so many political issues that I see in activist circles to do with privilege, race, class, accessibility, therapy, or how to be a radical feminist – not the TERFy kind. These are not new groundbreaking conversations our generation has invented, but part of a much longer dialogue. We just want to make sure these conversations don’t get lost. Obviously, the purpose of systems of oppression is to maintain a historical amnesia — keeping the oppressed unaware of their political history. There are many ways we can contextualize how we criticize oppressive structures today and it’s often the results of grassroots movements led by the marginalized many years before us. 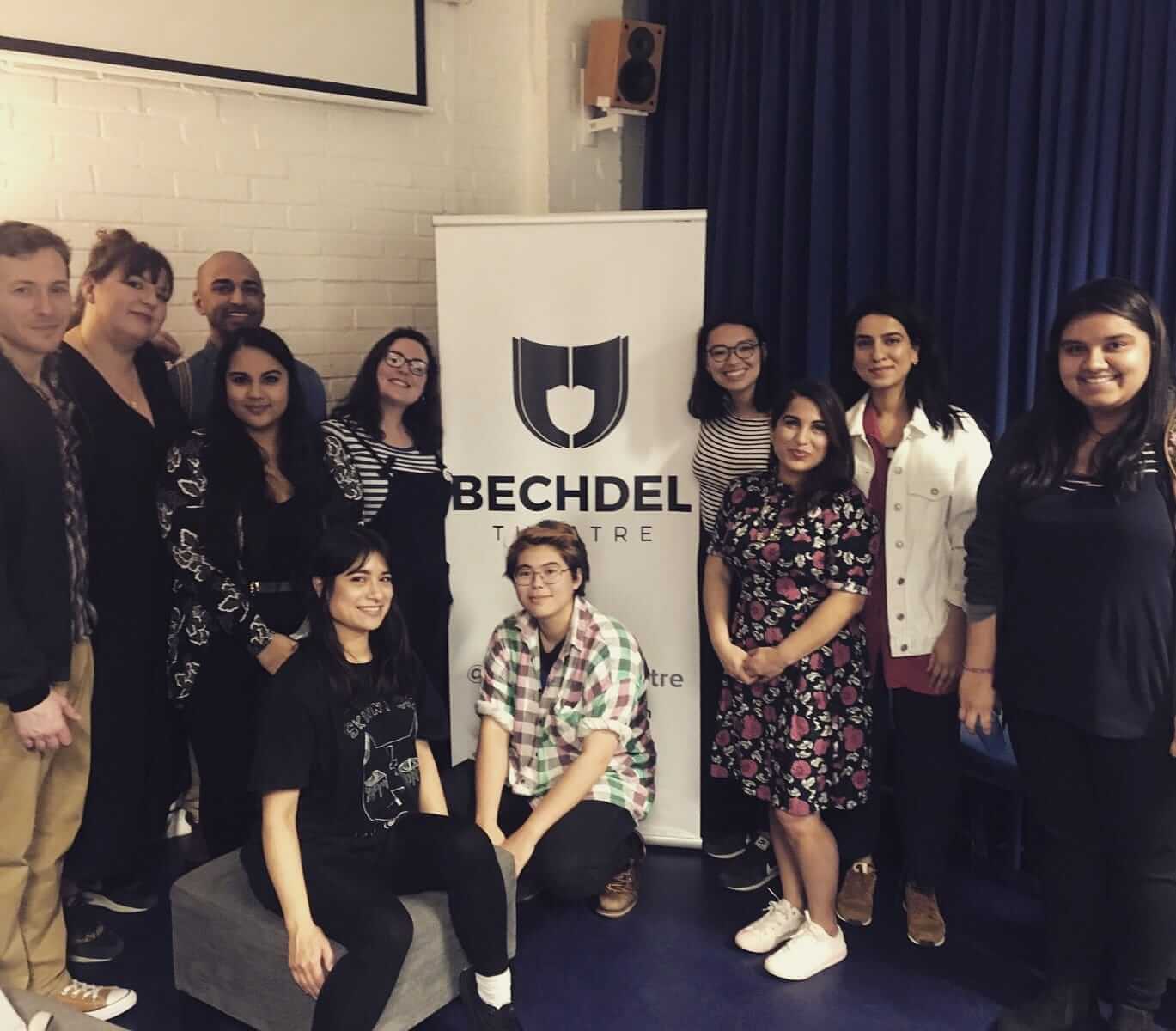 Recently you started performing a drag king act. Can you tell us about the experience of gender-playing?

Yes! Drag is amazing. I highly recommend trying it out to anyone of all or non-genders. I’ve been a fan of drag for years and was mostly only aware of that really famous reality TV show imported from the states — it was only a year or so ago that I discovered drag kings as well as queens. Kings are exactly what you might think — a heightened performance of masculinity. It can be aggressive, it can be soft, it can be damn sexy. It can often and confusingly be all three.

I’ve always felt fairly comfortable as a femme-presenting woman (though my ideas on what that even means have gotten looser the older I’ve become). When I realized I was a gay femme woman I thought: Wait – can I be both?! Gender playing has actually been very liberating for me as someone who’s sat comfortably in the gender binary. To give myself permission to take up space, to lower my voice, to walk assertively. Of course, the answer is I shouldn’t need drag to do this but the reality is it can really bloody help! I’m still finding my feet as a king though – I highly recommend you check out the KOC Initiative — Kings of Colour — and the Pecs Collective. Support your local kings wherever they may be; they get significantly less airtime than their fabulous queen counterparts!

What was your experience at the Edinburgh Fringe like?

The fringe is wild. And unlike anything else. We fundraised to get there and spent the month Bechdel-testing shows, stickering posters, interviewing people for our podcast and being there in a supportive capacity. But the problems with the fringe are obviously reflective of wider society, and particularly of problems within the arts world. The city is not accessible for people with mobility needs, the presence of POC inclusive shows were low and there were even multiple instances of venues allowing and encouraging racial discrimination. With that, we found there’s a huge amount of solidarity and community for minority performers. I constantly found myself bumping into people I knew in the street and stopping to hug them.

Tell us about Bechdel Testing Life.

Bechdel Testing Life is where we ask members of the public to record their own conversations that pass the Bechdel Test, send them into us and we give them to playwrights to draw inspiration from their conversations. We then bring in actors and directors to stage whatever the writers come up with! It’s an amazing way to forge a community and bring together all the talented people we know working in the industry. The plays ranged from being about religion, death to a hilarious night bus journey home. They’ve been great nights so far. 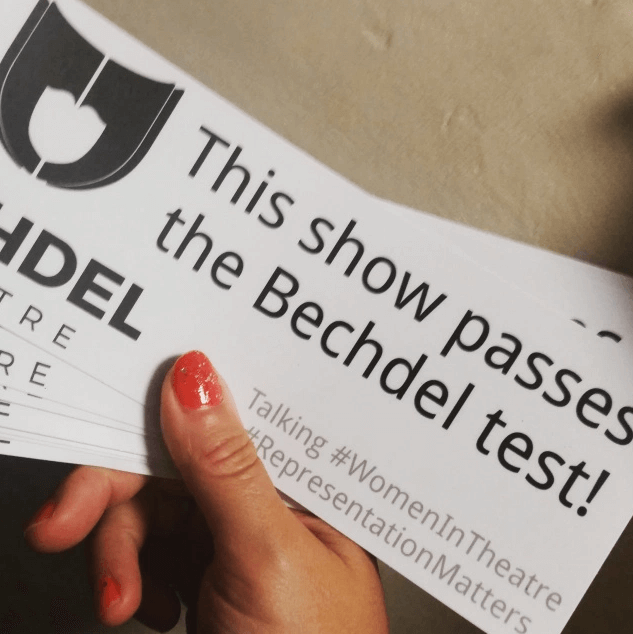 What does the future hold for BT?

We’re currently formalizing the way we work a lot more as at the moment we both work day jobs to keep it alive. We would love to do more live podcast recordings and partner more with venues so we can hold audience discussions around their shows. We basically want to continue what we currently do but expand so we can reach more audiences and venues and companies! We might even put on some more performance nights… watch this space!