First time director Mikko Mäkelä wrote A Moment In The Reeds to fill a queer void in Finnish cinema. In truth, though, LGBTQ cinema as a whole suffers from an even more visible void of its own, one where queer people who deviate from the white male archetype continue to be sidelined.

Mäkelä’s debut tackles this head-on, addressing racial and generational divides too through the beautiful romance that develops between a young Finnish academic and the Syrian refugee who’s been employed to help fix up his father’s home. As they both give voice to their desires, so too does Mäkelä announce himself as a powerful new voice in queer cinema, using the quiet intensity of his mostly improvised script to create something truly unique and moving.

None of this would work though without the stunning performances that Janne Puustinen and Boodi Kabbani give in the two lead roles. The way that their characters Leevi and Tareq connect forms the backbone of the film, which is comprised primarily of increasingly intimate conversations between the two, so it’s no wonder that they both won a joint prize for Best Actor together recently at the Nordic International Film Festival.

Although they didn’t know each other before the auditions for A Moment In The Reeds began, Puustinen told to us that the pair “had a very good connection from the beginning” and Kabbani explained how it was also “very easy to be around” his co-star, “both on and offset.” This chemistry undoubtedly played a huge role in front of the camera too, but that’s not the only reason why the dialogue they share feels so natural. 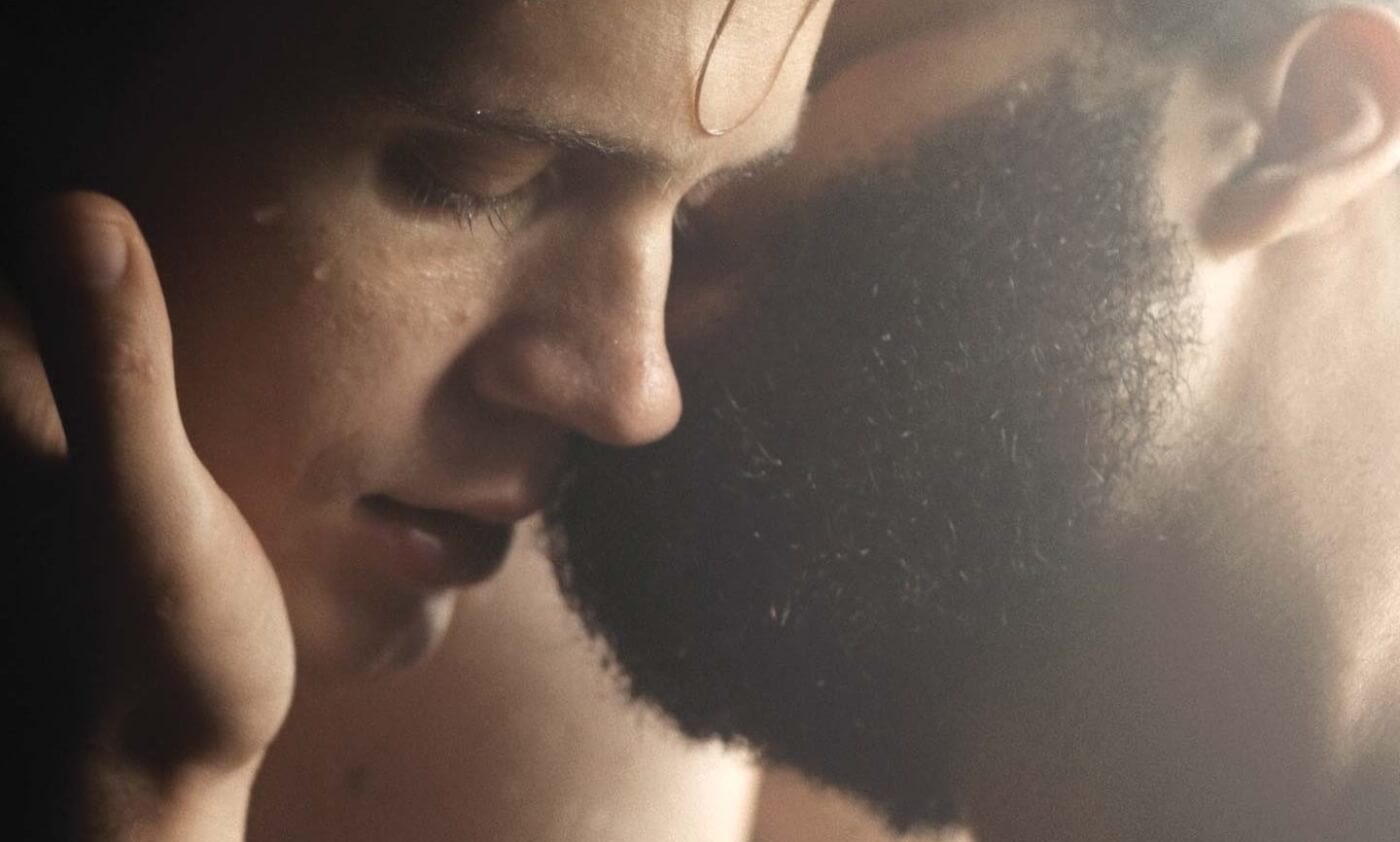 It turns out that Mäkelä’s script was actually more like a “scriptment,” “something between a treatment and a script.” According to Puustinen, there wasn’t “line after line of written dialogue.” Instead, “each scene was written out with what happens and what [the characters were] talking about.” From there, he and Kabbani would discuss what they should bring to the scene and what the overall goal of their interaction was. Following each take, Mäkelä would then ask his leads to adjust certain aspects of the scene, retaining the natural flow of dialogue while building towards the final cut audiences can see today.

Despite their tight filming schedule, Puustinen and Kabbani still found time to draw inspiration from other films like Weekend and Before Sunrise while also drawing on their own personal experiences, too. Because of this, Kabbani told me that he found it hard sometimes to watch himself in the film “because it was very honest and very me.” He went on to reveal that “There’s a lot of similarities between me and Tareq when it comes to where we come from, we’re both immigrants in Finland,” but he still took time out to interview other queer Syrian people as well to ensure that his performance was even “more inclusive.”

Not only is A Moment In The Reeds a remarkable feat of storytelling, but it’s also a remarkable step forward for LGBTQ representation on screen too. As Puustinen pointed out to me, “There’s not many films like this made in Finland” and that was a big draw for both him and Kabbani. Queer Finnish queer cinema was almost non-existent prior to this and queer Syrian characters haven’t existed on screen at all up until now, especially those played by Syrian actors who identify as LGBTQ themselves.

Kabbani felt “a really big responsibility” to be as inclusive as possible with his portrayal of Tareq “because no one gave [him] the authority” to represent this part of the LGBTQ community alone. During our interview, he was excited to point out that history was made here with A Moment In The Reeds and rightly so. As the first queer Syrian character in cinema, Tareq represents an important step towards addressing the “huge lack of queer Middle Eastern characters in cinema… they’re always exoticized or sexualized in a way which is very stereotypical.”

It was of the utmost importance to everyone involved that they could finally start to “tell stories that haven’t been told before” and this includes the sexuality of Finnish and Syrian queer men in every aspect. Unlike bigger releases such as Call Me By Your Name, A Moment In The Reeds doesn’t shy away from sex, depicting the physical relationship shared between Leevi and Tareq in a tender, authentic way. 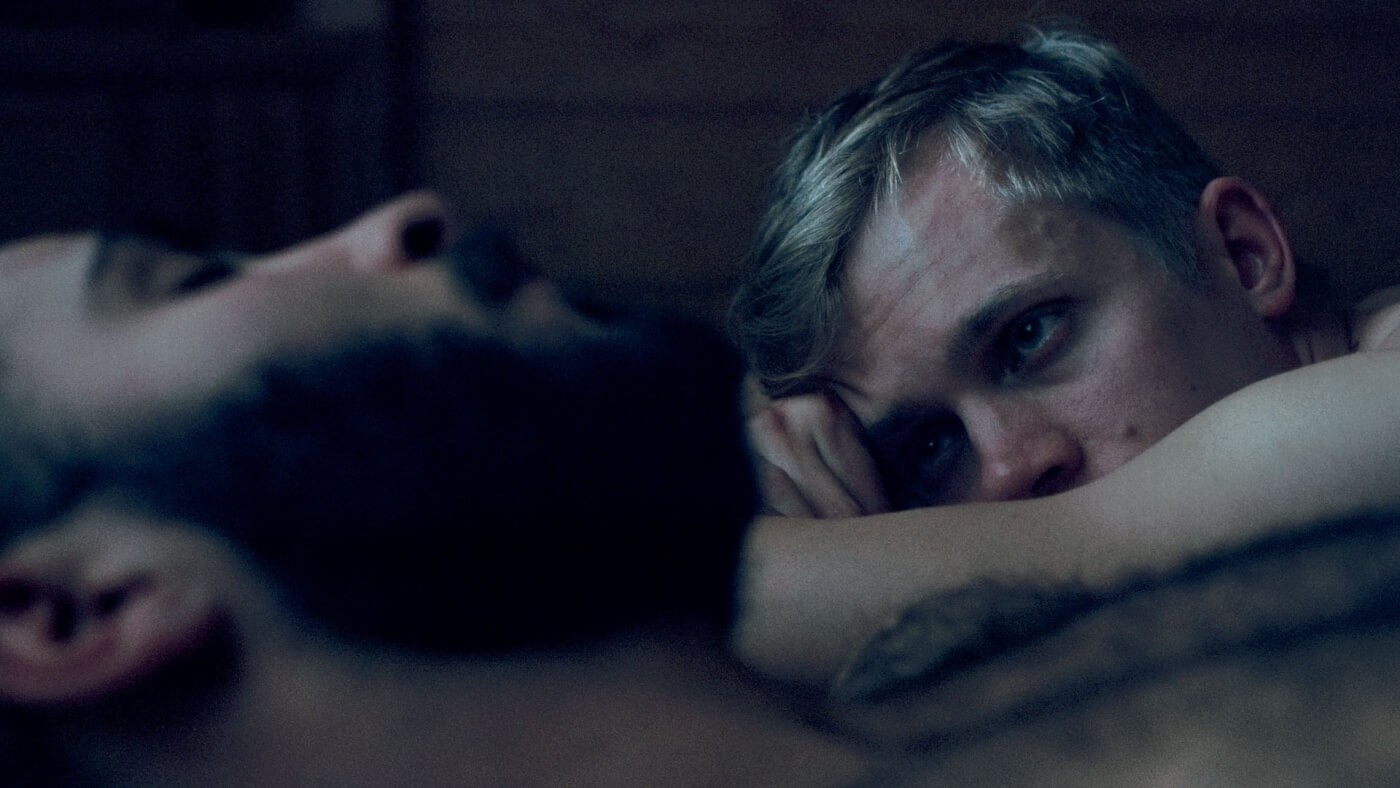 Puustinen was “a bit nervous” about filming the sex scenes at first and even googled what to expect, but found it “surprisingly easy and natural” once shooting began. Aside from Mäkelä’s loose instructions at the beginning, the two leads were free to come up with their own choreography, to “dive into it more and live through it” themselves. For Kabbani, these scenes represented a physical way to tell the story, replacing the dialogue by “speaking with their bodies” in a more lyrical style than the explicit sex that characterizes comparable films like Weekend.

However you feel about straight actors taking on queer roles in Hollywood today, it’s hard to imagine someone heterosexual tackling scenes like this with such authenticity. Puustinen compared the “super straight” production team behind Tom of Finland to the far more diverse cast and crew who worked on A Moment In The Reeds. Admitting that it’s a difficult issue, Puustinen argued that “If you have a real passion… then it doesn’t really matter who’s acting,” but that it’s more problematic when studios like Disney exploit queer stories for financial gain.

In a perfect world, it might not matter who plays which roles, but as Kabbani points out, “we’re at this point politically where it’s not enough to just be represented… A lot of gay actors find it really hard fitting into straight roles.” Although things might get better in the future, right now “we just really need to be in society and art… being part of it and telling our stories instead of someone else telling our stories on behalf of us.”

Fortunately, A Moment In The Reeds represents an important step in the right direction, even if the story it tells ends on a bittersweet note. Although Leevi and Tareq eventually part ways, both performers love the ending still, and view it in a positive light. Puustinen told me that “the way it goes is finally good for both of them… they’ll always remember this beautiful moment in the reeds” and Kabbani agreed, arguing that it’s a very positive ending for them both because they “each stood for their own beliefs… putting themselves first.”

Love stories have played out on our screens time and time again since cinema began, but the kind of chance encounters that also leave a powerful mark on us are rarely given the same attention by filmmakers. As Kabbani rightly asks, “How many times do people date and it doesn’t end up like the perfect love story?”

Still, though, I can’t help but hope to see Leevi and Tareq reunite one day, even though sequels of any kind are a rarity in queer cinema like this. While there are no plans to revisit these characters again anytime soon, both Puustinen and Kabbani would be interested to see how they grow in the future, relishing the chance to work with Mäkelä once again. This should come as no surprise given the reactions that this film has elicited from critics and audiences alike.

When I asked them both what they were most proud of, Puustinen told me that the feedback he’s received has been incredible and that he’s “very happy” to see so many people relate to Tareq’s story too. Kabbani reiterated this, explaining that the whole process behind shooting this film was very cathartic for him. As the first openly queer Syrian actor to star in an LGBTQ production, Kabbani told us “I’m so happy that I could be this person and be able to tell these stories.”

It’s probably safe to say that he’s not the only one who’s happy about this either.

A Moment In The Reeds is available on VOD and digital platforms in the US and Canada and is also available in the US on DVD and Blu-ray through Amazon.